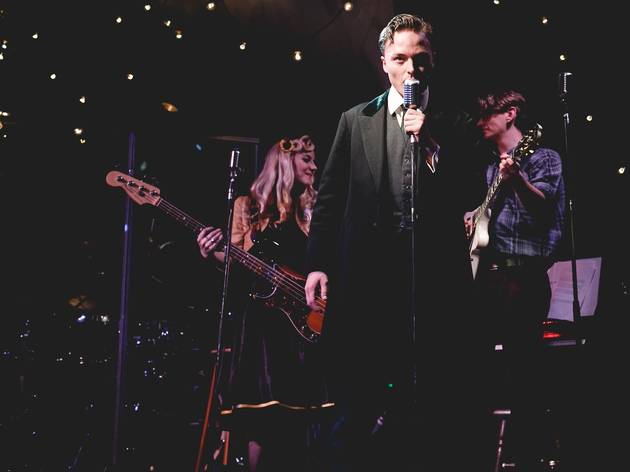 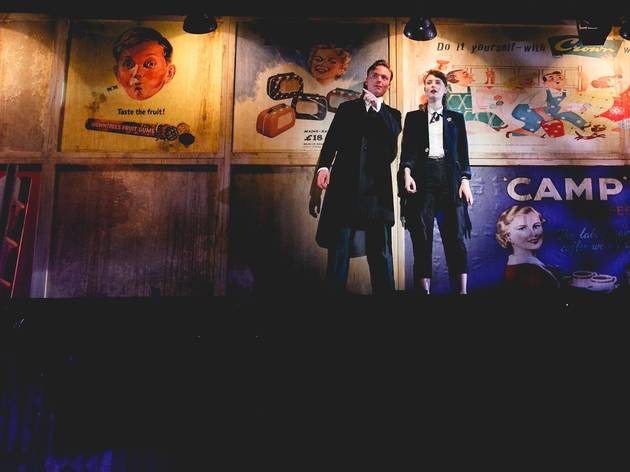 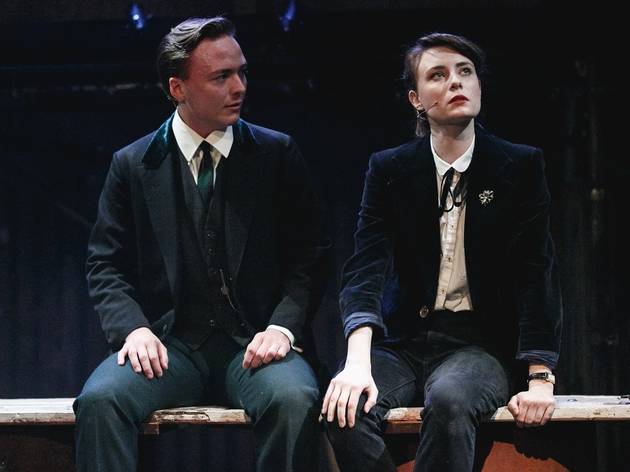 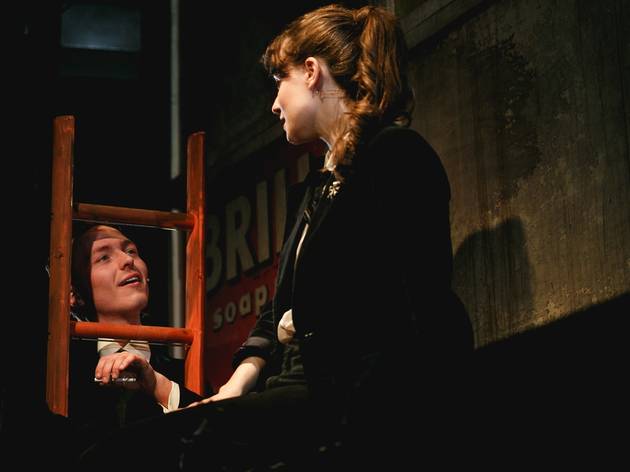 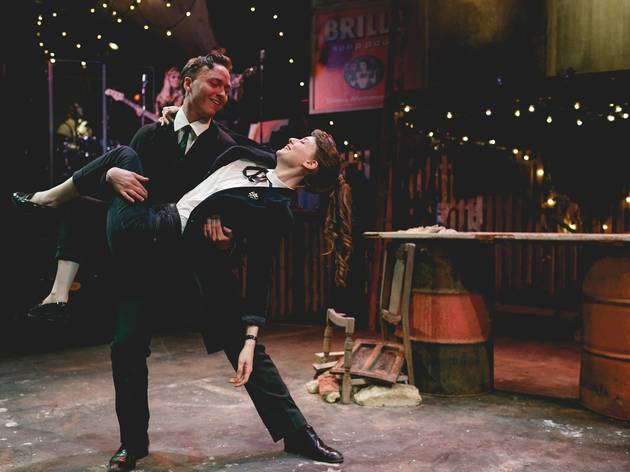 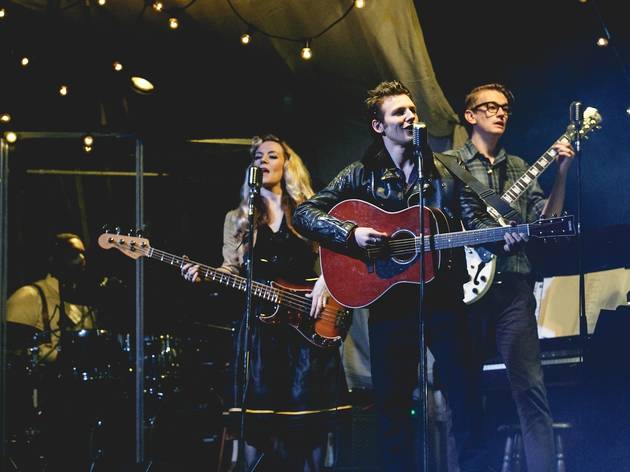 6/7
© Darren BellJohnny Valentine and the Broken Hearts in 'Teddy' 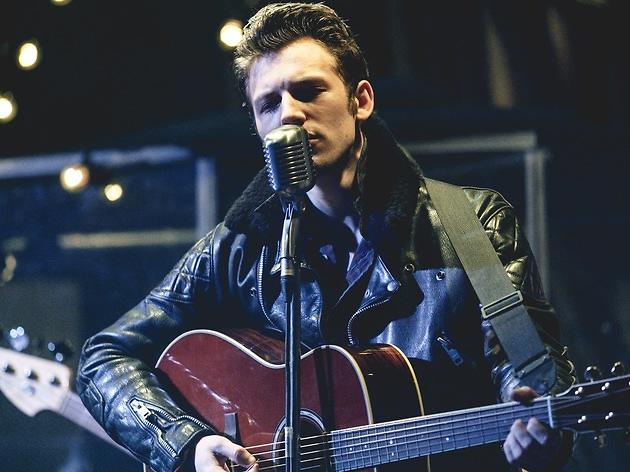 A swinging '50s music-infused tale of love on the streets of London.

Put your gladrags on and join me hun, we’ll have some fun at Southwark Playhouse, which is rockin’ at the moment to new play with music ‘Teddy’.

Before the show even starts we’re treated to a mini-gig from Johnny Valentine (Will Payne), an American rock ’n’ roll star and teenage heartthrob who is touring early ’50s London. Valentine and his band continue to perform on a platform to the left of the stage once the show has started and Dougal Irvine’s excellent original songs weave in and out of Tristan Bernays’s narrative. It means that ‘Teddy’ swirls and bursts with rhythm. Even in Bernays’s script you can feel the beat; the music, choreography and language all work together in a swinging, electrifying harmony.

‘Teddy’ is about a teenage Teddy boy and Teddy girl living in still bombed-out Elephant & Castle. Their eyes meet over a crowd at a party and they end up spending one of the best and worst nights of their lives together. As Josie and Teddy roam a rubble-filled London, Bernays takes us into their heads: concerned with quiffs, jackets, cigarettes and rock ’n’ roll. Dressed in their Edwardian clothes – from where the Teddy movement got its name – we see rebellion, hope and despair in everything they do.

Bernays’s fresh thriller of a script really brings out the scarred landscape of an unstable, unhappy London resonating with the echoes of war. The Teddies – kids with barely a dream between them – are products of a city in disarray. ‘The next big thing don’t come from a place like this,’ Josie says in a line that sums it all up.

Joseph Prowen as Teddy and Jennifer Kirby as Josie crackle with chemistry, and they entirely embody these two fun-searching lost souls. Prowen dances all knees and elbows, while Kirby is feet and arms, and they are brilliant to watch, like little rockets. On stage the entire time, they own the fated lovers, and they slip easily into other characters too – caricaturing the likes of the hulking brute who is trying to seduce Josie and an old bitter pawn shop man with realism and humour. It’s an absolute blast of a night, a fun, punchy, poignant homage to London’s past and an evening that will have you jiving on your way out.