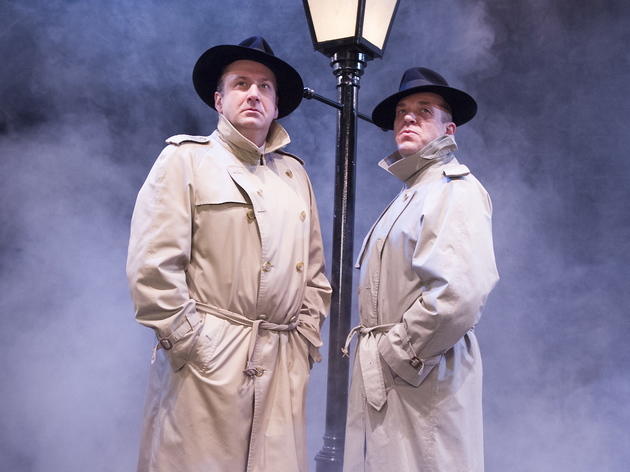 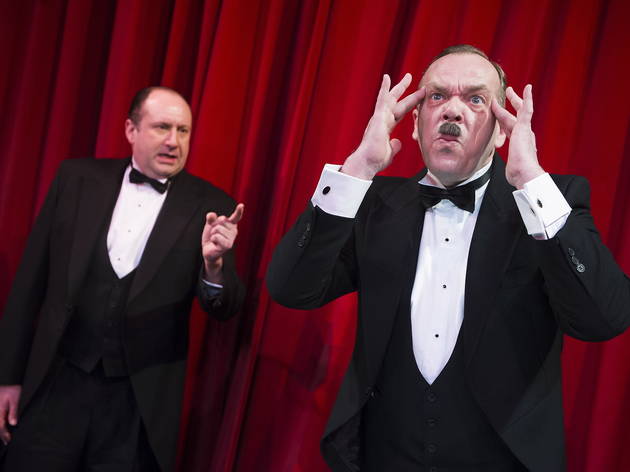 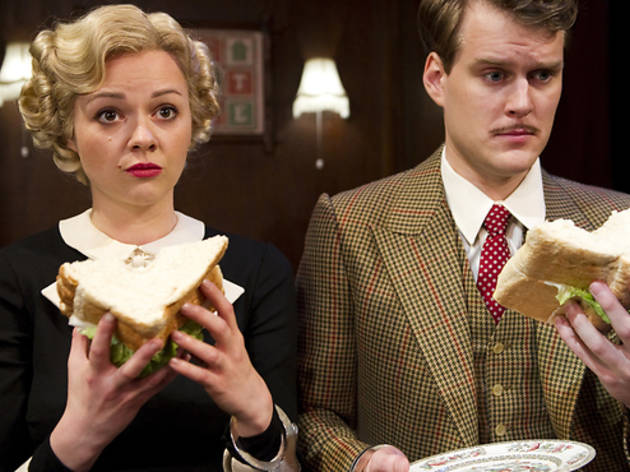 There's a wonderful '80s comedy sketch where one extremely effete doctor turns to another and declares, 'I learnt everything I know about women from the novels of John Buchan.' Though Buchan was aggressively heterosexual, his emphasis on a world where a chap's upper lip was as stiffly starched as his collar meant there was little room for ladies – pleasant creatures though they were – in his tales of intrigue.

When Hitchcock adapted Buchan's 'The 39 Steps', however, he introduced a love interest in a version which Buchan later conceded was better than his own. In this stage version, Patrick Barlow has continued the honourable tradition of mucking around with Buchan's original, keeping the love interest (now elegantly played by new cast member Rachel Pickup) and adding a whirligig of self-conscious theatrical effects in a production where four actors evoke everyone from lingerie salesmen to a housekeeper who screams like a steam-train.

Charles Edwards is Richard Hannay, a gentleman with irony in his soul, able to avert disaster with the merest twitch of a courteous eyebrow – until a mysterious female foreigner is stabbed in his apartment. His flight from London to the Highlands to trace her killer and evade arrest himself is depicted with DIY ingenuity through such props as hatstands which double up as Scotsmen, and three ladders which metamorphose ropily into the Forth Bridge.

The point's to spin the straw of theatrical mediocrity into gold standard comedy, and to watch clowns Rupert Degas and Simon Gregor playing four people at once in a flying frenzy of wigs and accents is one of many highlights. If Buchan had ever done anything as girlie as giggle, surely he would have done it here.