Mike Bartlett's gripping blank verse fantasia on the 2024 US elections has such a relentlessly enthralling, twisty turny plot that I’m afraid I’m going to recuse myself from giving away too many details.

But here’s the one major spoiler I’ll give: ‘The 47th’ refers to the forty-seventh President of the United States, and in Bartlett’s play that’s US actor Tamara Tunie’s beleaguered Kamala Harris, who inherits the role under… circumstances (probably not the circumstances you’d expect), and as the elections loom must face off against the chaos unleashed by Bertie Carvel’s stupendous Donald Trump.

‘I know, I know, you hate me’ declares the virtually unrecognisable Carvel at the outset, as he trundles on to Miriam Buether’s sweeping thrust set in a golf cart. The 44-year-old actor is virtually half Trump’s age, and yet the transformation is uncanny: there’s the blonde wig and the fat suit, of course. But his mannerisms are the same. His jowls, somehow, are the same. And his way of speaking is just remarkable – even bound up in Bartlett’s Shakespeare-style verse, Carvel absolutely nails Trump’s weird mixture of thuggish malevolence and effete high society camp. Within the Shakespearean fantasy realm that Bartlett and director Rupert Goold have constructed, he absolutely is Trump.

What he’s not is our, real Trump. The real Trump can of course barely string a sentence together, and fictionalised depictions often become obsessed with trying to replicate his speech patterns. In writing his dialogue in verse, Bartlett gives him an articulacy that’s reflective of his potency. After all, the real Richard III clearly didn’t speak like Shakespeare's version.

Essentially, this Trump is an unstoppable spirit of anarchy, a destructive force of nature, a Lord of Misrule. He’s perhaps most obviously comparable to Shakespeare’s Richard, but Barlett lays on numerous explicit Shakespeare comparisons and pastiches, with Trump at points apeing both King Lear and Mark Antony. And it would be wrong to limit the comparisons to the classical: Heath Ledger’s unstoppable, unknowable Joker would seem like a fairly solid reference point, as Trump leads his minions in an all-out assault against democracy, their fanatical pulse embodied in Joss Carter’s bellowing, bestial Shaman.

Like I say, I don’t want to give away the whole plot. But let’s just say that the storming of the Capitol is the spiritual starting point for what happens here, and that even Trump’s three featured children – Lydia Wilson’s icy calm Ivanka, Oscar Lloyd‘s weak, panicking Donald Jnr, Freddie Meredith’s stupendously dim Eric – must wrestle with whether they can bring themselves to go along with Trump’s nihilistic bid to recapture the throne.

As with Bartlett and Goold’s previous blank verse drama ‘King Charles III’, the actual events of ‘The 47th’ are profoundly unlikely to come true (though you never know with Trump), and it would be a mistake to think that Bartlett has actually written a play about how he thinks the next US election will play out.

What he has created is a wilfully audacious drama about Trump and rightwing US populism, and how far the left/centre can actually go to oppose it whilst remaining committed to democracy in a recognisable form.

Tunie’s decent, dignified, out-of-her depth Kamala takes on the role of the play’s reluctant hero, leading a final stand against Trump. I think it’s fairly apparent that Bartlett isn’t trying to pass in-depth comment on the real Harris: she’s presumably been chosen because she’s something of a blank slate to a UK audience, and is a pronounced contrast to Trump in terms of age, gender and ethnicity. Certainly it’s extremely hard to imagine the play working as well if it was about a rematch between Biden and Trump.

It’s definitely not ‘King Charles III pt 2’: the comedy is broader, the Shakespearean homages are much more explicit, and where the 2014 play was in many ways about the inner turmoil of its tragic hero, you don’t get inner turmoil with Trump – ‘The 47th’ is inevitably far less moving and emotional than ‘King Charles III’. So instead you have Carvel’s wild, elemental Trump versus the relatively dull forces of democracy (plus ca change!).

Why has Bartlett written it? I think to explore the legitimately Shakespearean nature of US politics - far more Shakespearean than ours these days - and to chew over the idea of a more dramatic sequel to January 6, about what a meaningfully democratic (small d) government can do about populist insurrection. On those terms, it’s extremely successful, and my god it’s entertaining: the plot grips mercilessly, even when Carvel’s Trump is offstage.

You have to meet ‘The 47th’ on its own terms. It does not represent a realistic, po-faced attempt to map out the next US presidential election. For some, Bartlett’s language and Carvel’s articulacy and charisma will be dignifying Trump (though if that’s a problem maybe don’t see a blank verse play about him). Others will probably think it should include a more forensic list of the criticisms of Harris, Biden and Democrats in general (both sides!). But really, it’s tremendous entertainment, that explores the decline of American democracy in an infinitely more enjoyable way than the actual decline of American democracy we must all bear witness to. 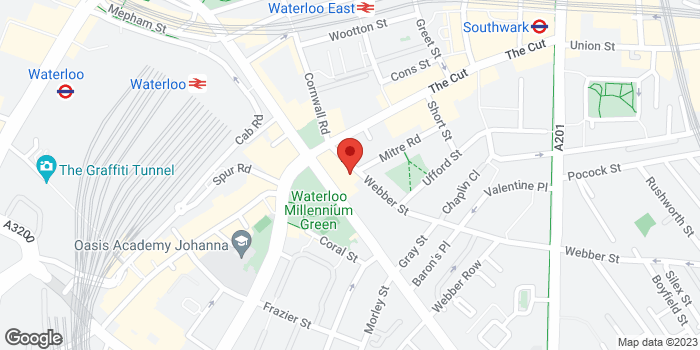