‘The Animals and Children Took to the Streets’ review 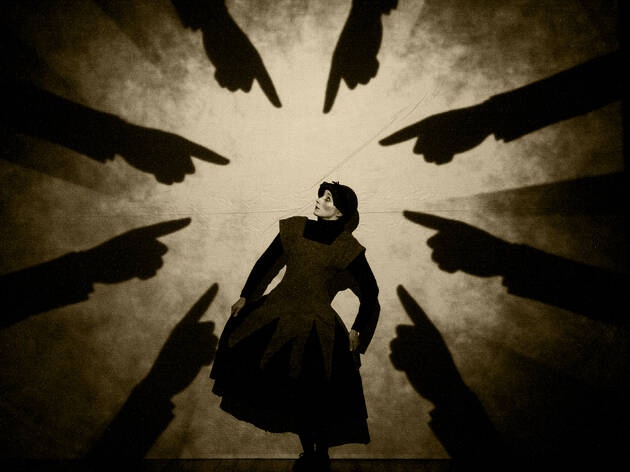 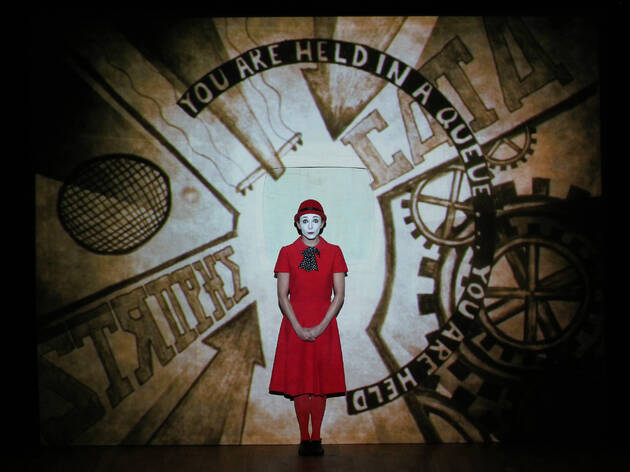 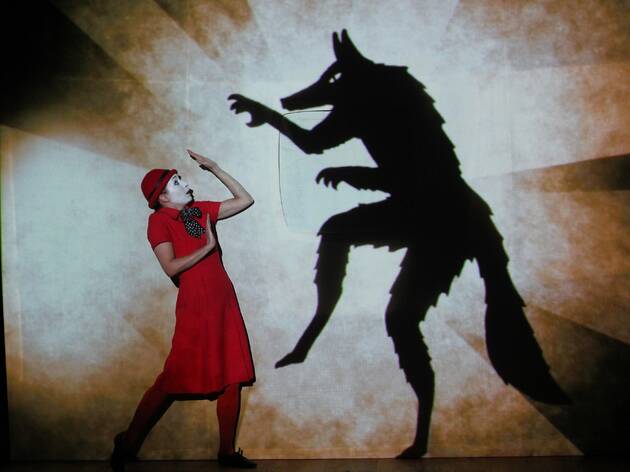 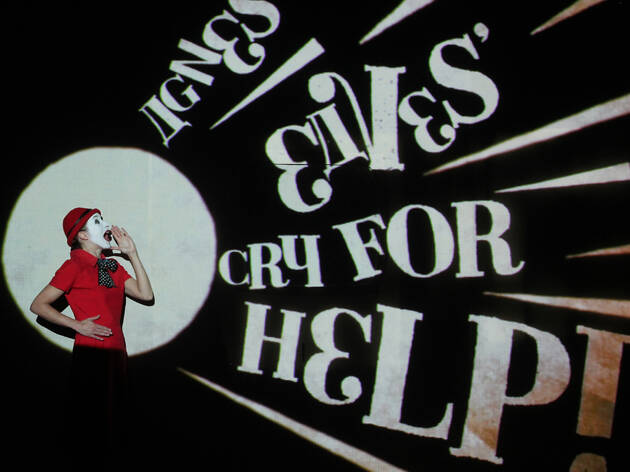 First performed in 2010 at the Sydney Opera House, 1927’s gorgeously cinematic and cynical ‘The Animals and Children Took to the Streets’ is a riotous musical adventure through Bayou Mansions, a tenement tower block in an otherwise pristine modern city.

Watching a 1927 production is a bit like being plunged into a live-action graphic novel drawn by a Soviet constructivist. Coloured in black, red, white and yellow, and almost completely lacking 3D props, ‘The Animals...’ nevertheless gives the impression of a deliciously cluttered and chaotic world, thanks to Paul Barritt’s stunning projected animations. A cast of only three (Genevieve Dunne, Rowena Lennon and Felicity Sparks) hop in and out of costumes and characters, exhibiting a hysterical array of accents.

Bayou Mansions is the city’s dumping ground for misfits, junkies, immigrants, criminals and ne’er-do-wells – ie, the poor. Every night the denizens lock their doors as the vandalising feral kids of the area come out to play. Things come to a head when these sprog street gangs take to the city proper and trouble the affluent. The mayor comes up with a plan: kidnap the children and feed them a drug disguised as a gumdrop, a ‘chemical cosh’, which will cure them of their antisocial tendencies forever.

In the midst of this social crisis is Agnes Eaves, a liberal arts-and-craft mother who has come to the Bayou with the noble mission of bettering the children with love, encouragement and dried pasta collages. Agnes’s project is shredded by the Bayou children, but she catches the eye of the maudlin janitor. When Agnes’s daughter, Evie Eaves, is kidnapped along with the Bayou children, the janitor and Agnes have to battle their way into the city to save her.

This is not a moralising tale; it prioritises an ironic fatalism in the face of class oppression that can be frustrating. But you’d be forgiven for missing the nihilism in amongst the giddy wordplay, arch musical numbers and brilliant animation. Despite being almost a decade old, it’s a piece for our times. It’s just a pity our times are so bad and we’re doing so little to change them.