In many ways, Punchdrunk’s new show ‘The Burnt City’ is a lot like Punchdrunk’s old shows: you put on a spooky mask; you wander through a dark, cavernous, hyper-detailed world full of eerie hidden rooms; you follow sexy dancer-slash-actors around as they enact the show’s diffuse plot; you spend an improbable amount of time trying to find a huge but almost impossible-to-locate bar.

Let’s be clear, though: criticising this is like criticising Bruce Springsteen for having too many songs about cars, or NASA for being fixated on space. Punchdrunk has a very distinct aesthetic, and when the company was more prolific and there was a new production every couple of years it was easy to affect a certain cynicism about the recurring elements. But as they finally return after eight years away, it’s clear that there is no other immersive theatre company even remotely comparable to Punchdrunk.

Nonetheless, ‘The Burnt City’ is very much its own thing. Based on the myths of the Trojan War and set in two enormous former arsenal buildings in Woolwich – one representing Troy, one Greece – we enter through a smaller, third building, a sort of pretend museum that doesn’t carry vast dramatic heft but helps acclimatise us to the inevitable donning of the masks.

The main buildings are big. Really big. And that doesn’t mean Punchdrunk have simply cranked their Punchdrunkiness up to 11 with more rooms. In Greece particularly, the smaller, out-of-the-way chambers are intriguing but dwarfed in importance by the vast central area, in which the downstairs represents the battlefield and the upstairs Agamemnon’s palace, with a huge staircase linking them. Although the space is so enormous that you have to do a lot of walking anyway, it makes for a more cohesive performing area than endlessly chasing characters through small spaces. Having been to several Punchdrunk shows in which I only had the vaguest sense of the story, it was a thrill to immediately be plunged into the middle of Agamemnon’s doomed homecoming, full of searing images: his wife Clytemnestra cackling on the summit of a tank trap; Agamemnon in a jewelled skull mask and impossibly long robe, slowly ascending the stairs; his death and reunion in the afterlife with his murdered daughter Iphigenia.

It’s all hauntingly beautiful thanks to Doyle’s ominous slo-mo choreography and the silent actor-dancers’ extraordinary physicality (it is an amazing show for just seeing dancers’ bodies close up – they don’t look like us!). And there’s a secret weapon in Stephen Dobbie’s extraordinary score, which veers from the usual Lynchian throbs and drones to soaringly emotional, string-drenched sheets of post-rock that I think would probably only work in rooms of this size. It all adds up to genuinely gripping storytelling. You might see it as damning with faint praise, but this is the first time I started a Punchdrunk show by spending 45 minutes following a single story, and actually knowing what’s going on.

Greece is doomy and desolate; Troy is a dense nocturnal city full of weird shops, strange hotels and peculiar retro electronic arcades, with throbbing beats dancing on the night air. It’s more quintessentially Punchdrunk in that parts of its are a warren of smaller spaces. But it also has a strange underlying euphoria to it that feels like a departure for the company. I was less familiar with the stories contained in it (which are substantially drawn from Euripdes’s ‘Hecuba’), but it was pleasant to follow the city’s doomed, sexy inhabitants as they partied through the town’s Lynchian nightlife until interrupted by a shocking incursion from Agamemnon’s forces, and a finale in which the vicious climax of Euripides’s play is reimagined as a doomy rave.

As a whole, the show is rich and strange and drenched in Easter egg references to Greek mythology (there’s a strong suggestion, I think, that we’re in Hades, watching these events replayed on loop by the souls of the dead). There’s also a really cool bar in Troy with a full-on non-stop cabaret show with drag queens and songs and a house band complete with a keytarist – it’s really entertaining break from the silent gloom, although (top tip) – the bar show continues after the rest shuts, so don’t worry if you don’t have time/genuinely can’t find it.

Does it all add up to something? Does it have a message? Well, I think it’s an extraordinarily beautifully wrought tribute to the savage, doomy mysticism of Greek mythology. It probably has tangential echoes of the current war in Ukraine: a vibrant civilisation besieged by a shattered, exhausted, soulless superpower. But mostly it feels like a new monument to the power of its creators’ vision. After eight years away, Punchdrunk have returned, and they’re still awe-inspiring. 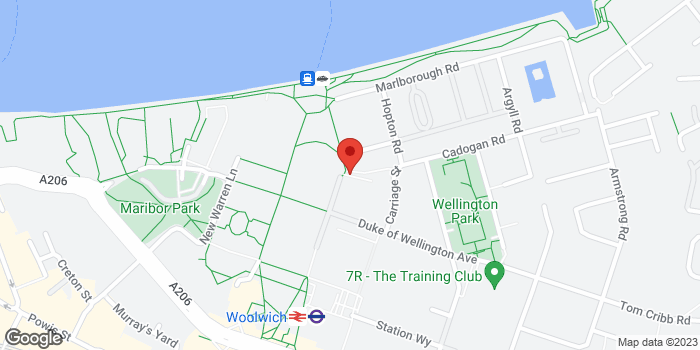