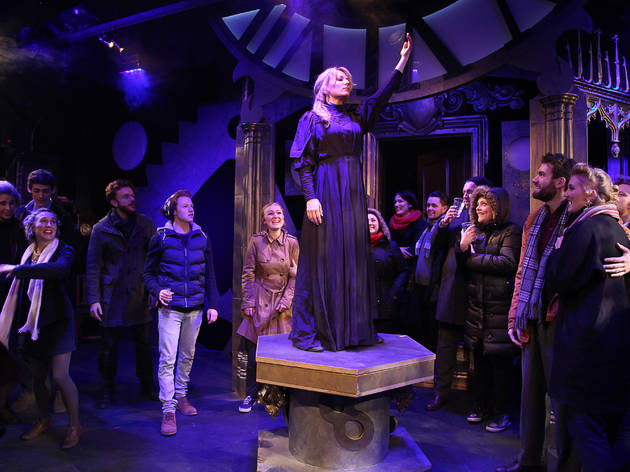 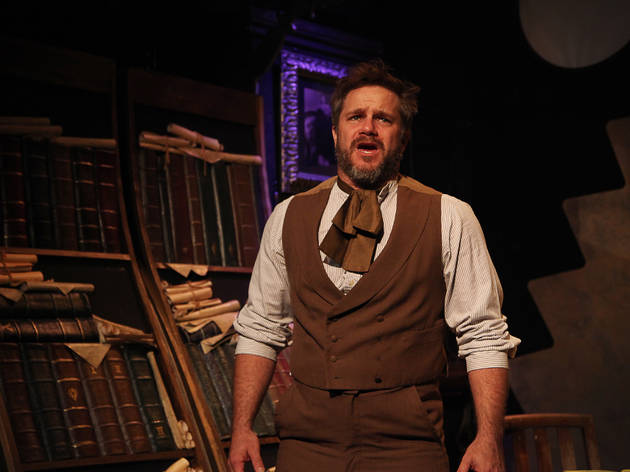 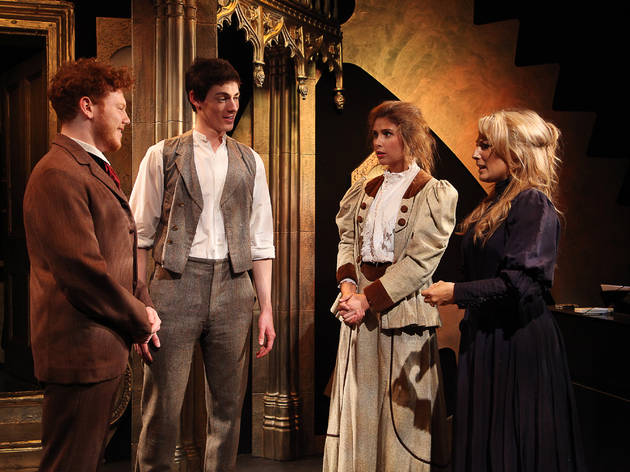 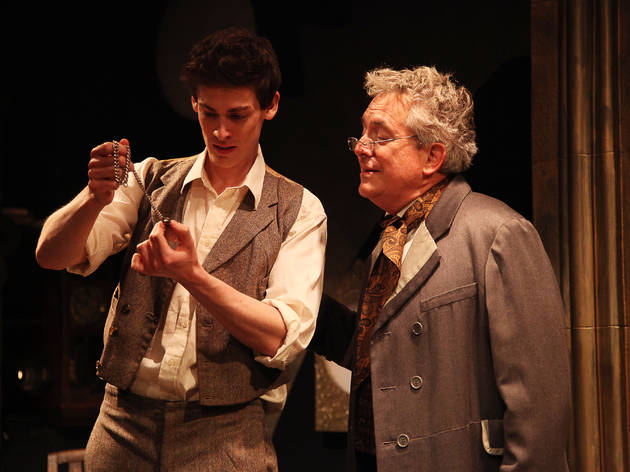 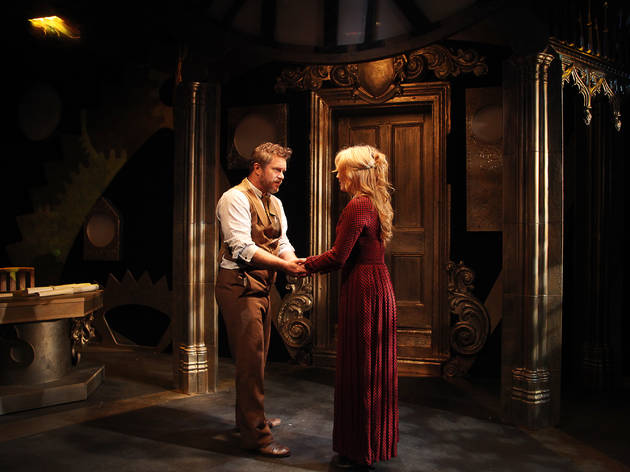 Ring the bell. Alert the Strallen sisters. Somebody wake up Cameron Mackintosh. There’s a half-decent new British musical playing in a pub theatre in Clapham.

A fairytale musical, ‘The Clockmaker’s Daughter’ is unashamedly schmaltzy and twee – the sort of thing cynical critics eat for breakfast – but it stacks up surprisingly well. Michael Webborn and Daniel Finn, a brand new writing duo, have stitched together a composite fable rather seamlessly, so that it feels both authentic and meaningful, and they’ve woven in a brilliantly arranged ensemble score to boot.

Their story is about a clockwork woman, Constance (Jennifer Harding), built by a grieving, heartbroken clockmaker, who guards her jealously and wears the key to wind her up round his neck, lest she stray too far from home. She proves a natural seamstress, turning the small town of Spindlewood into a hotbed of haute couture – much to the chagrin of local dressmaker Ma Riley (Jo Wickham) and the doe-eyed delight of her stick-in-the-mud son Will (Alan McHale).

Musing on time and change, craftwork and constraint, it’s a quaint, poignant romance, wholesome as hell and perfectly classical. It could use seasoning with knowingness and humour, but Webborn and Finn’s score is strong, full of nimble ensemble numbers and soaring love songs. They’ll write better musicals when they find a voice of their own, but this is a fine calling card.

Robert McWhir’s lively production runs like, well, clockwork, and there’s a stand-out performance from Harding – a bona fide star in the making, with an all-out ‘Let It Go’ voice – as the brittle, amiable Constance. Elsewhere, there are more flat notes than there should be and the odd hammy turn, but those are quibbles when serviceable new musicals are in such short supply. Here’s one.