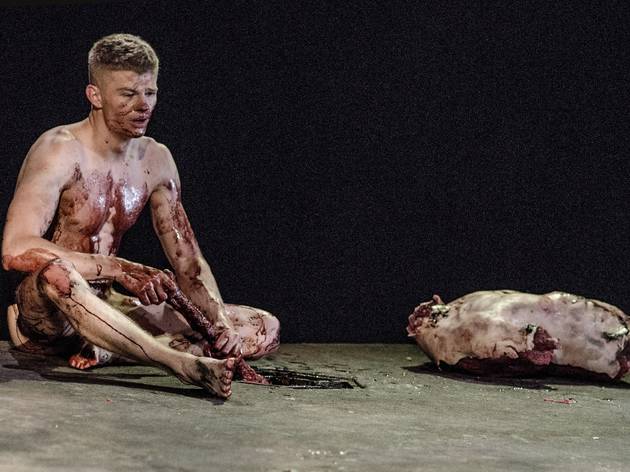 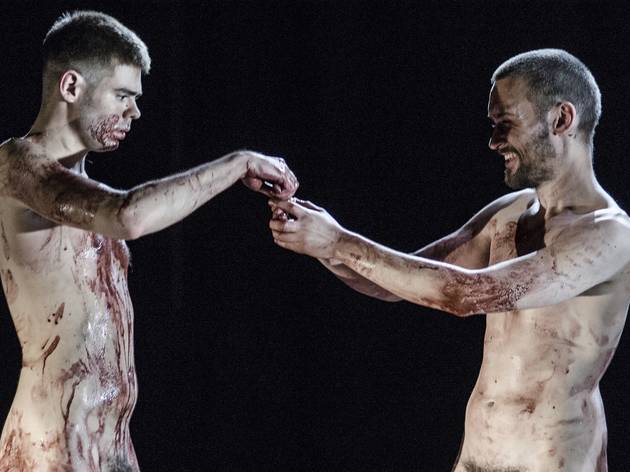 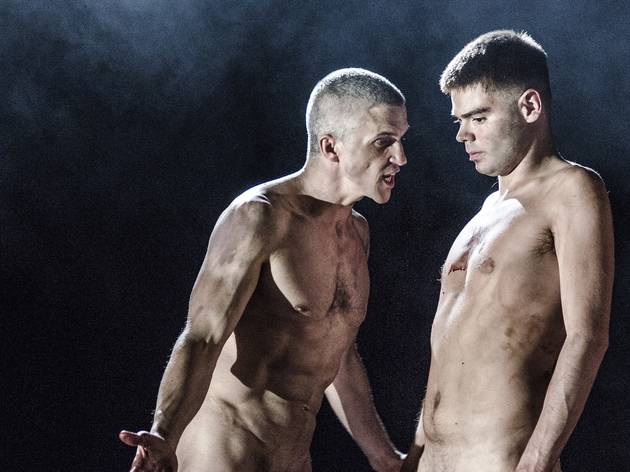 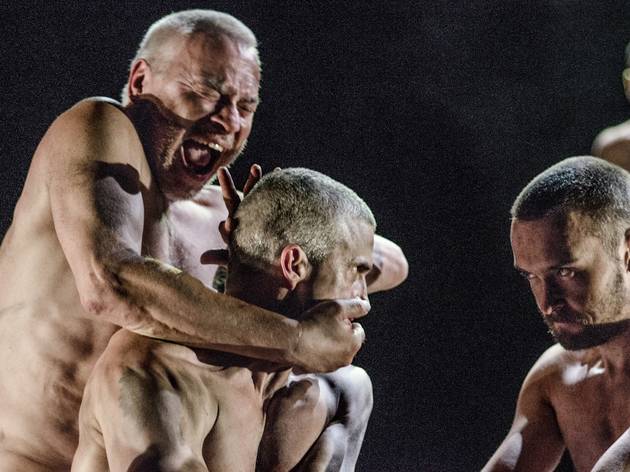 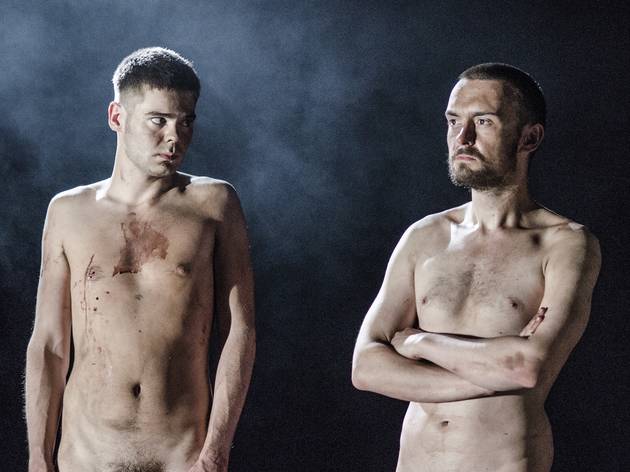 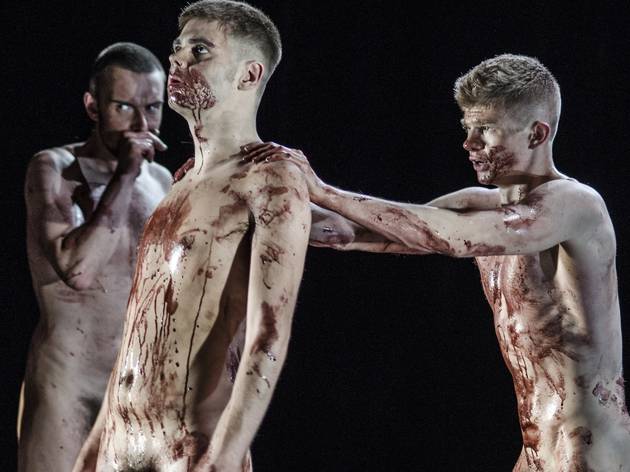 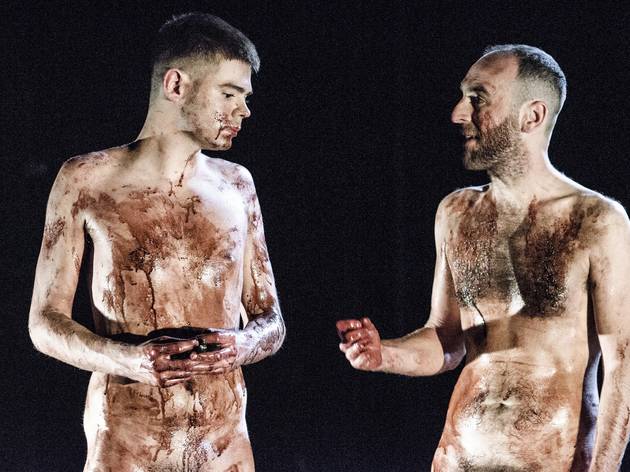 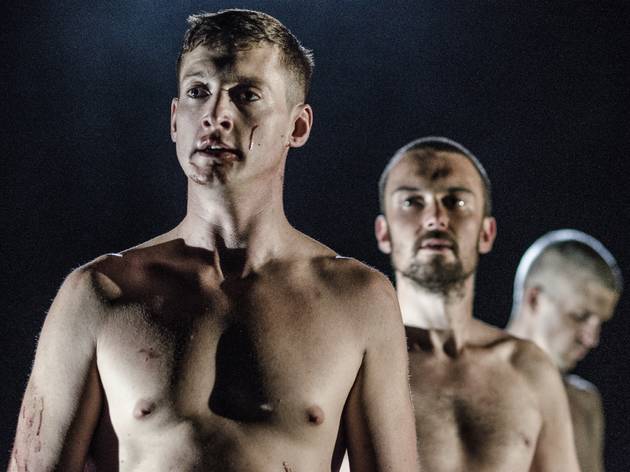 From the moment it starts, ‘The Curing Room’ is stomach-punchingly confrontational. When the actors arrive on stage, they’re muddy, distressed and completely naked. But the full-frontal nudity is just the first shock – it’s the blood and gore that will really leave you reeling.

Based on real events, the play is set in Poland in 1944. Seven Soviet soldiers are imprisoned underground by the Nazis. Deprived of food and water, and with no chance of escape, the men’s morals are tested as their hunger becomes unbearable. Will their ethics override their more primal instincts?

The captives’ bodies become the focal point of the play; glistening with sweat and blood they move around the stage with a stylised physicality. At the beginning, the Captain (Rupert Elmes) takes charge – he lines the men up, tells them ‘to take a good look at it, it’s just a cock’, and attempts to impose authority on the situation. But stripped of uniform, rank and dignity, his control fails and the hierarchy of military power is put into doubt.

Each passing day is marked by the lights going down, and a number is projected on the wall to show how long the men have been confined. Every time the stage is lit anew, the figures have changed position: there is a second where they remain in tableau before they speak. It builds the tension as the play heads towards a series of shattering climaxes.

With guts, gouged eyes and even human carcases on stage, this is not a play for the squeamish. Its violence and gore is relentless and the acting impassioned – Matt Houston as a young private is particularly good. But the script doesn’t quite match up to the intensity of the drama and sometimes falls a little flat. Some motifs are overused and the Russian names and references jar with the English accents.

This is a powerful, demanding production. The soldiers battle to comprehend their actions and instincts, and by the end of the performance, you too will struggle to process how you feel about what you have just witnessed.