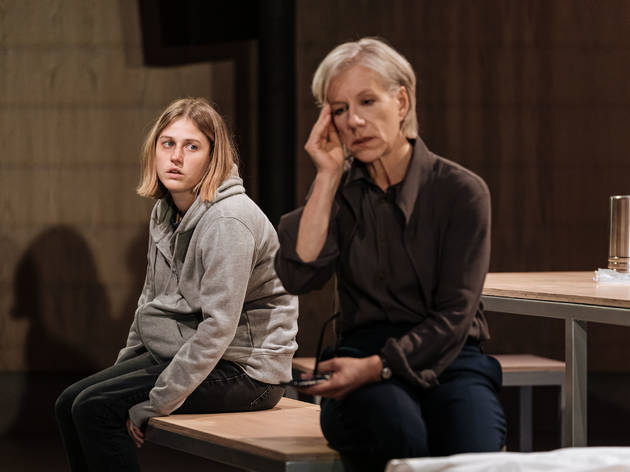 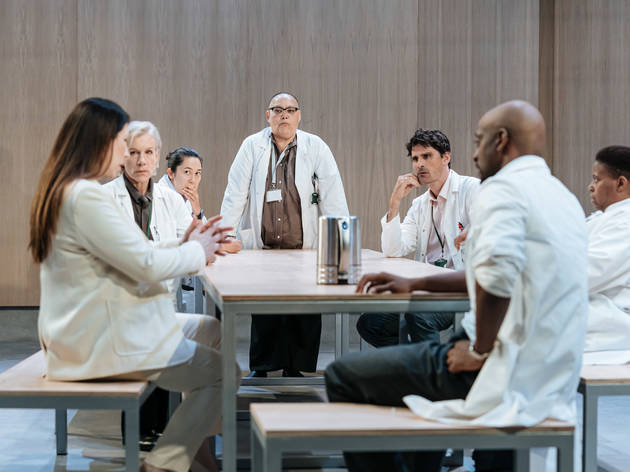 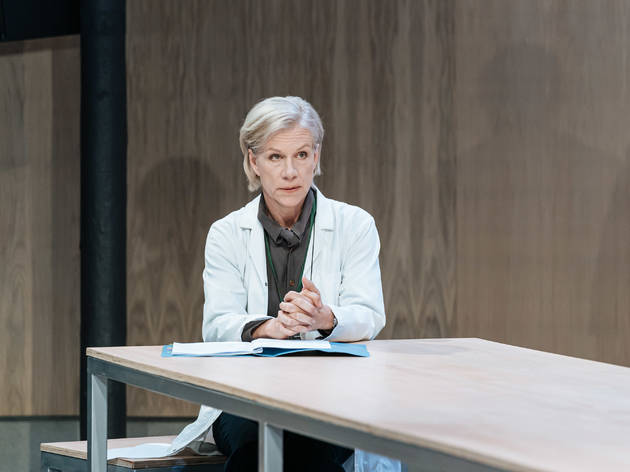 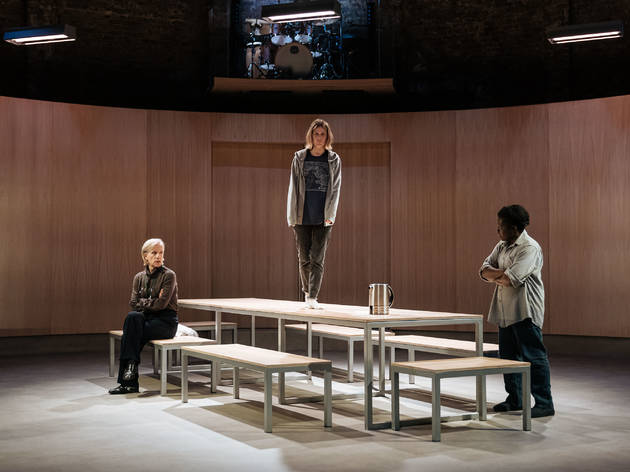 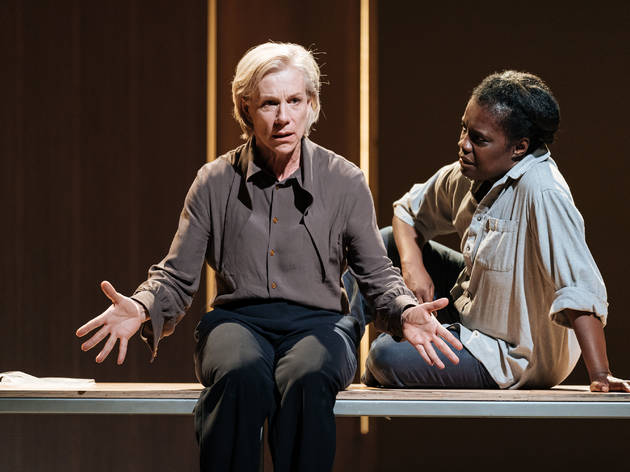 5/6
Photo: Manuel HarlanJuliet Stevenson and Joy Richardson in 'The Doctor' at Almeida Theatre 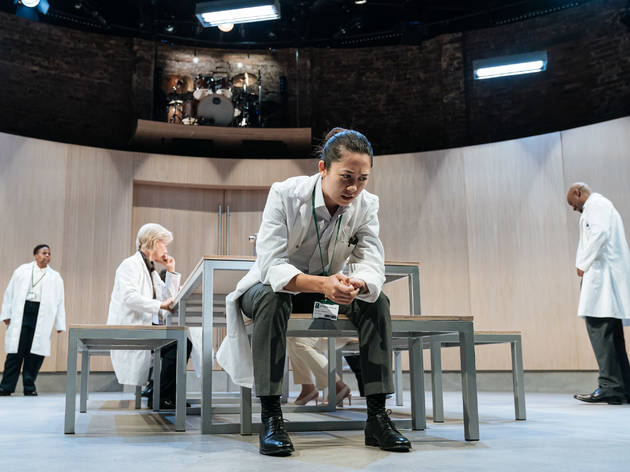 6/6
Photo: Manuel HarlanKirsty Rider in 'The Doctor' at Almeida Theatre

This review is of the 2019 Almeida run for ‘The Doctor’. In 2020 it transfers to the West End, with Juliet Stevenson reprising her role. The rest of the cast is TBC.

Robert Icke's final show as Almeida associate director, 'The Doctor' starts out as a fairly straightforward examination of medical ethics, very loosely based on Arthur Schnitzler’s 'Professor Bernhardi'. Then Icke grabs his scalpel and carves messily into a whole mass of other issues; identity politics, media witch hunts, the way institutions protect themselves against criticism.

This is 'talky' theatre, 'ideas' theatre; the kind where intense debates play out over long stretching-out scenes – drummer Hannah Ledwidge keeps the tension up with a live percussion soundtrack delivered from a perch above the stage, like a miniature god commanding you to listen. Not that 'The Doctor' is telling you what to think. Not obviously, anyway.

Juliet Stevenson plays the title role of Ruth Wolff, a white female senior clinician who refuses to allow a Catholic priest to see a 14-year-old girl who's dying after a botched abortion. It's not really clear why she decided to treat this teenager in her prestigious dementia hospital, but that's by the by; she's soon swept up in a media firestorm over religious freedom in medicine. And then, over unconscious bias more generally; the priest was a black man, and the optics are bad. Icke's narrative is particularly strong on the way that identities become weaponised and pitted against each other; her colleagues encourage her to trade on her status as a 'woman-in-medicine' to overcome criticism.

As these debates unfold, the stage rotates at the almost imperceptible but disconcerting pace of the London Eye. And this sickly momentum extends into Wolff's home life, where she tries to escape from the media storm outside by chatting to a teenage girl who lives next door; Ria Zmitrowicz brings welcome humour to these scenes, skewering Wolff's angst with neatly delivered putdowns. 'I hope you're insured', she says, as Wolff hurls her phone at a wall in fury.

Full of smouldering frustration and just-visible terror, Stevenson's masterful central performance does a lot of heavy lifting here. Because although Icke throws out a lot of smoke around the ideas he's exploring, they're not thought through with the white-hot intensity they deserve. Apart from Stevenson, each actor is deliberately cast outside their identity; women play men, black actors play white and vice versa. And yes, this could be taken as a serious interrogation of the way that identities are socially constructed, but there's also a flippancy to it.

A woman introduces herself as a 'postcolonial sociologist' and it gets a big immediate laugh from the majority-white audience. So does the word 'woke'. Because although 'The Doctor' gives ideas around unconscious bias and racism a superficial airing, it never lets the people putting them forward argue with real passion or poignancy. And it also muddies them with the religious hysteria of Schnitzler's original, by implicitly putting all of Wolff's critics on the same side. Is it really helpful or accurate to equate Catholic pro-life campaigning with anti-racist activism?

It's not a coincidence that Icke makes Wolff quote from 'The Crucible'; this is another witch hunt narrative from a theatre that's just staged 'The Hunt', the story of a man unjustly hounded after an accusation of paedophilia. 'The Doctor' presents itself as an objective exploration of how scandals simmer and boil over, but a speech at its heart tells you where its loyalties really lie. 'If we do not stem the bleed of this biographical nonsense then it will drown us', says Wolff's biggest defender, before directly equating the rise of identity politics with Nazism. It's a characteristically unsubtle moment from a satire that, like Wolff, delivers on bravura energy – but not the care its subject demands.