This review is from November 2021. Felicia Boswell has taken over the role of Faye Treadwell.

If you think it’s a stretch to make The Drifters’ female manager the lead character in a musical about the famously all-male vocal group… then you don’t know The Drifters.

Yes, some of their songs are incredibly famous: ‘Under the Boardwalk’, ‘Saturday Night at the Movies’, etc. But the turnover of members has been truly bewildering, with some 60 individuals passing through their ranks over the decades. There was only one constant: their manager, Faye Treadwell. She didn’t do any singing. But in a musical it’s hardly a massive flex to give her some songs and make ‘The Drifters Girl’ a vehicle for Brit soul star Beverley Knight.

And as a musical it certainly has its moments: basically any time Knight gets to sing. Her hardworking supporting cast – Adam J Bernard, Tarinn Callender, Matt Henry and Tosh Wanogho-Maud – are gifted multitaskers with fine voices who nail the many incarnations of the band’s mannered, lovelorn, doo-wop harmonies. But her voice is the big one, an elemental force that sets the air aflame – truly a master at work.

However, she doesn’t actually get to sing that often, because it’s a musical based on the songs of, y’know, The Drifters. Tunes are rearranged for Knight’s voice and she nails them, but as a singer she’s only really here as a guest star. In fact, she’s mostly employed to act, which she does decently: her Arkansas accent sounded fine to me, and she imbues the role of Treadwell with a sort of tough maternalistic charm, the stern mother trying to do what’s right by her ever-shifting roster of sons… although whether her actions actually bear this out is another matter.

There are two big problems with the story. One, even with Treadwell as the focus, Ed Curtis’s script never manages to make digestible sense of The Drifters’ churning ranks. Fair play, Jonathan Church’s production has some fun with the ridiculousness of the situation, but with the same four male actors playing all the roles, you effectively don’t know who most of the people on stage are supposed to be at any given time; many aren’t even named. There’s a degree of focus on whoever the lead Drifter happened to be. But these aren’t terribly deep: all we learn about Ben E King is that he was apparently a bit of a dick… and then the musical has the audacity to feature ‘Stand By Me’ – written by King, and not actually a Drifters song – not once, but twice.

Problem two is more insidious. Yes, Treadwell‘s achievements as a Black businesswoman are undeniable. She succeeded in a racist and sexist society, and in keeping the band going in the wake of her beloved husband George’s untimely death (in 1967 – the musical seems to imply it happened a lot earlier – presumably to suggest she was sole manager for longer than she actually was).

But ‘The Drifters Girl’ doesn’t really build a very sympathetic case for her specific actions. Her greatest concrete achievement was doggedly hanging on to the name The Drifters and using it to maximise the earning power of a series of different groups of low paid musicians who she and her husband would sign and dismiss at will. I mean good for her, but it’s not exactly romantic. (It’s notable that the prodigiously talented King, given short shrift here, was fired because he wanted a pay rise and royalties).

The show concludes with a section in which Treadwell takes a version of the group to success in ’70s Britain, which most certainly did happen. But then it takes a flight into fantasy as her logic in crossing the pond is shown to have been to build up a litigation war chest to fight for legal control over the band’s name – spurred on by her desire to return to the US and reunite with her daughter, left behind on her British adventure. In fairness to writer Curtis: the actual litigation history of The Drifters name is so convoluted that attempts to read up on it have given me multiple migraines. Simplification is understandable. But the prosaic truth is that Faye spent most of the rest of her life locked in legal battles that would never have occurred if it wasn’t for her and George’s hire and fire approach to band members, while The Drifters decamped to the UK because they weren’t very popular in the US anymore. The neat, sentimental ending belies the fact that Curtis is trying desperately to magic heroism out of a series of protracted copyright disputes.

I don’t think musicals need to be one hundred percent accurate, or even fifty percent. But I couldn’t help but find ‘The Drifters Girl’ a bit tawdry. Requiring the blessing of Faye’s daughter Tina, it’s a hagiographic show about somebody who, in many ways, was the very embodiment of exploitative record industry practices. Yes, the record industry was – and still is – largely comprised of white men taking shameless advantage of artists. But it’s debatable whether Faye’s ability to go toe-to-toe with them is a genuine cause for celebration. And even if you think I’m off the mark here, there’s surely a more compelling story to be told about Faye Treadwell and The Drifters: one that focusses on a narrower window of time, which doesn’t just see the band members as bit players, and is less hung up on her ownership of the sodding band name.

Come to see it because the songs are great and because every now and then you get to hear Beverley Knight let rip. But really, this is the jukebox musical genre at its most cynical. 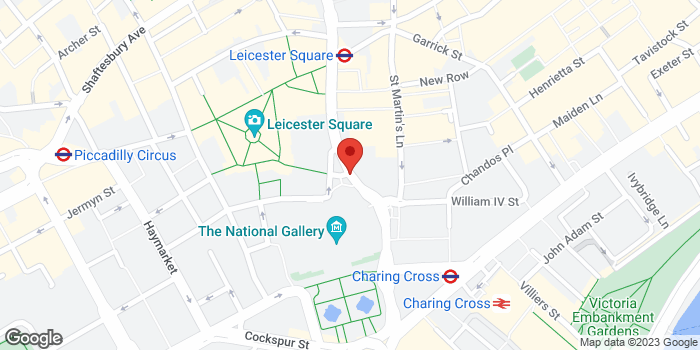