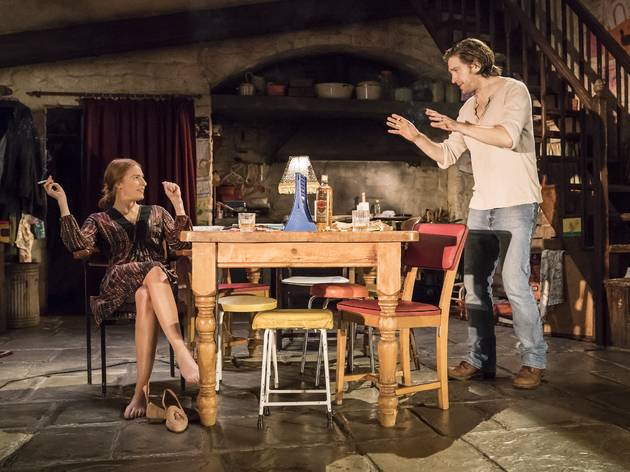 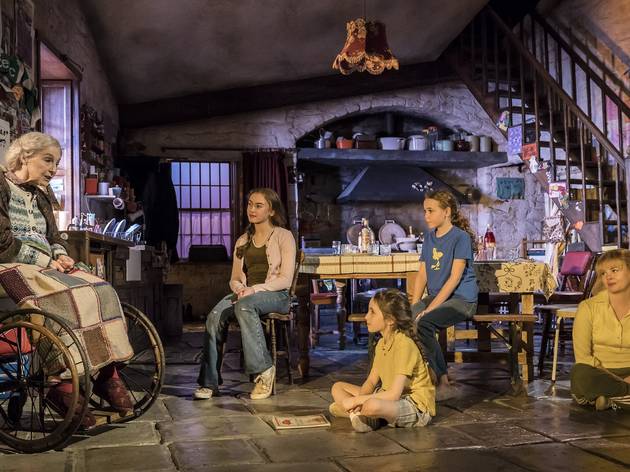 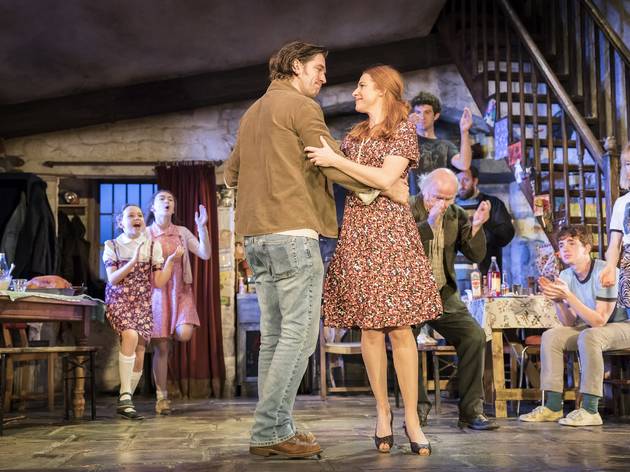 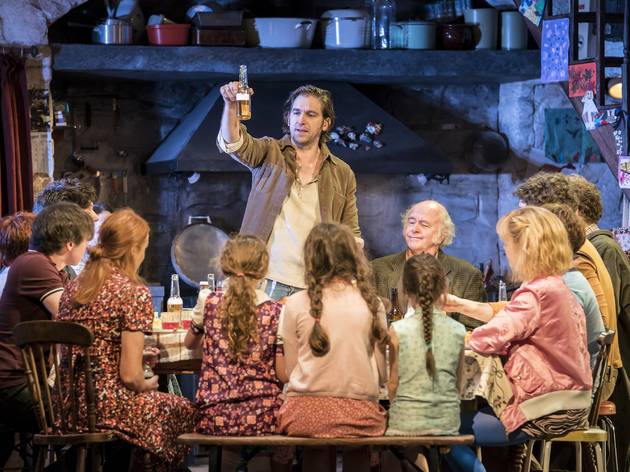 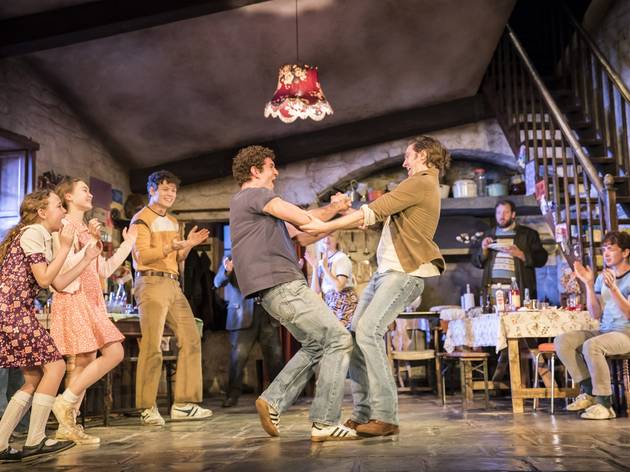 This review is from 'The Ferryman's run at the Royal Court. It has since transferred to the West End, and is on its third cast (pictured)

There is a live goose in 'The Ferryman'. And a live rabbit. And a live baby. None of these things are particularly important in and of themselves, but I guess I have to start somewhere in describing this enormous, shattering eruption of a play from 'Jerusalem' playwright Jez Butterworth.

'The Ferryman' is vast, a play that's formally conventional but has an ambition that's out of this world, a sense that it wants to be about EVERYTHING. And insofar as is realistically possible, it succeeds. But despite the teeming cast and interwoven plot lines it remains intimate, set in the kitchen  of a single Armagh farmhouse in 1981. Bond director Sam Mendes's recent theatrical record has largely involved bombastic West End fodder, but here he controls everything with a powerful restraint that keeps 'The Ferryman' in sharp focus through every shift of shape.

INTERVIEW: Jez Butterworth on 'The Ferryman', Bond and the future of 'Jerusalem'

It is, in a more prosaic sense, about Quinn Carney (Paddy Considine), a loving father whose life has been haunted by the unexplained disappearance of his brother Seamus, leaving him and his distant wife Mary (Genevieve O'Reilly) to take in his brother's vivacious wife Caitlin (Laura Donnelly) who always clung to the possibility Seamus would return. But a body has been found preserved in a bog, and a watchful peace made possible by uncertainly is about to end.

This is not a rehash of 'Jerusalem' - spoiler alert, but you might want to look to David Cronenberg's 'A History of Violence' for closer inspiration. And while Considine's performance - full of tenderness, authority, and suppressed violence - is remarkable, he is not a 'Rooster' Byron but a little part of a big, scary, beautiful world. He feels scarcely more important a character than his seer aunt Maggie Far Away (Brid Brennan), or his strange, shamanic English neighbour Tom Kettle (John Hodgkinson) or young Shake (Tom Glynn-Carney) seduced by thoughts of IRA glory.

The play is vast - three-and-a-half-hours - but even though lengthy stretches are nothing more than generations bickering at the breakfast table, nothing feels wasted, every strand is respected, Mendes choreographs everything to perfection.

And when the climax you half suspect is coming, comes, it is like a final, epoch ending volcanic eruption, the play's carefully constructed emotional checks and balances detonating in a maelstrom of violence and feeling that left me genuinely stunned.

How to get cheap tickets: 20 front row stalls day seats for that night’s performance will go on sale at the box office every morning from 10.30am, priced £20 each. In person only.