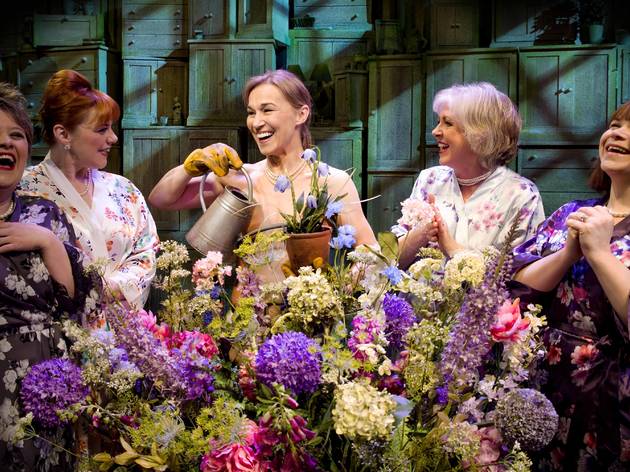 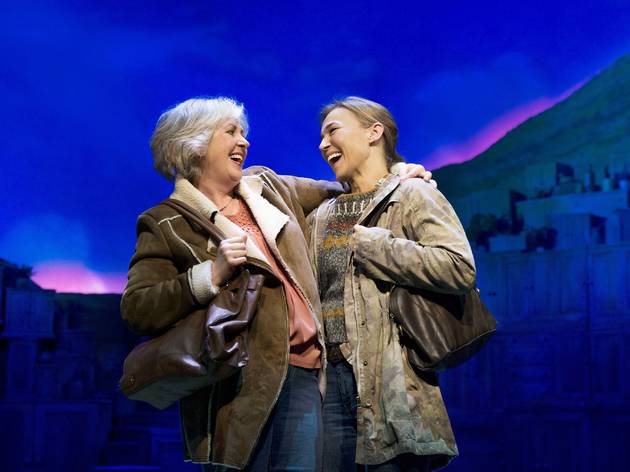 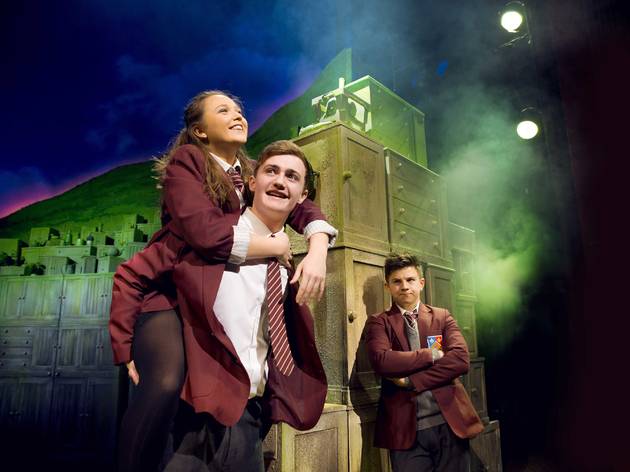 3/5
© Matt CrockettChloe May Jackson as Jenny, Ben Hunter as Danny and Josh Benson as Tommo 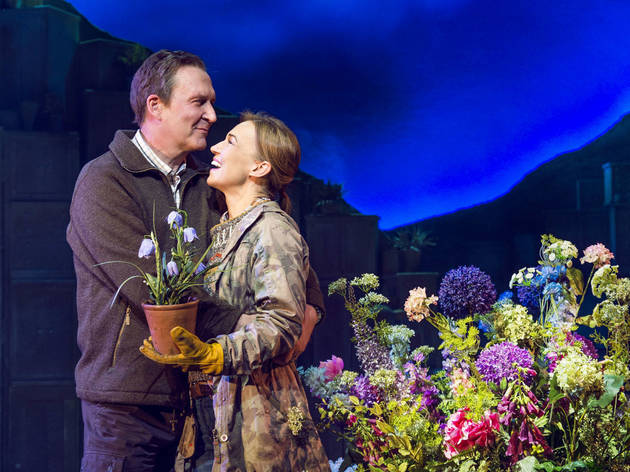 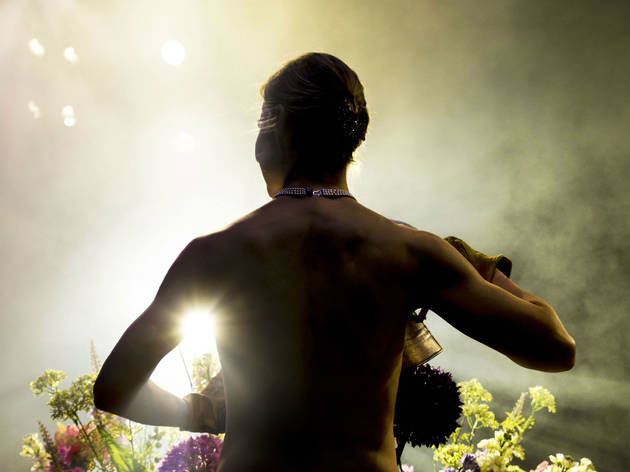 Okay, he’s not exactly at the bleeding edge of cool, but I was rather looking forward to Gary Barlow’s West End musical debut ‘The Girls’, for one simple reason: the man has written some pop bangers over the years, the sort of big hooks, big emotions, verse-chorus-verse stuff that British musical theatre seems to have mysteriously given up on.

Unfortunately Barlow has gone a bit ‘method’ for this musical version of Tim Firth’s hit Britcom ‘Calendar Girls’ (which has been adapted for the West End once already, as a straight play, in 2008).  There are a couple of nice ditties (notably ‘Sunflower’) but Barlow pretty much joins in with the prevailing British musical theatre trend of sprawling, patter-heavy songs full of kitchen sinky observations on the minutiae of life in rural Yorkshire.

Perhaps he thought a poignant comedy about a bunch of middle-aged WI members isn’t the place for soaring pop anthems a la ‘Rule the World’ or ‘Back for Good’; but considering that’s Barlow’s stock-in-trade, it’s a shame how indistinct his voice feels here.

He co-writes with Firth, who has now adapted this true story three times and has got pretty good at it. Annie (Joanna Riding) loses her husband John (James Gaddas) to cancer; she is pulled out of her grief by somewhat irresponsible BFF Chris (Claire Moore), who suggests they and their fellow WI-ers pose for a saucy calendar as a fundraiser for the hospital that looked after John. Riding makes for a warm, dignified lead, and Firth – who directs – weights it all nicely: John’s declining days are dealt with gracefully, and there’s a good balance found between heart-warming MOR cosiness and actively quite ribald humour (ie there are boobs). It's also got a pretty lovely set from Robert Jones, an idyllic valley made of household furniture, both bucolic and domestic.

It’s nice, then, but the songs meander and so does everything else: it’s an hour longer than the film, but tells less of the actual story (the musical finishes with the photoshoot; the film deals at length with its aftermath). Barlow has an affectionate fanbase who will doubtless lap up the warm tone of ‘The Girls’, but what might have been the debut of a major new West End force feels virtually indistinguishable from a dozen other mildly charming Brit musicals of the last decade or so.