The Goat, or Who is Sylvia? 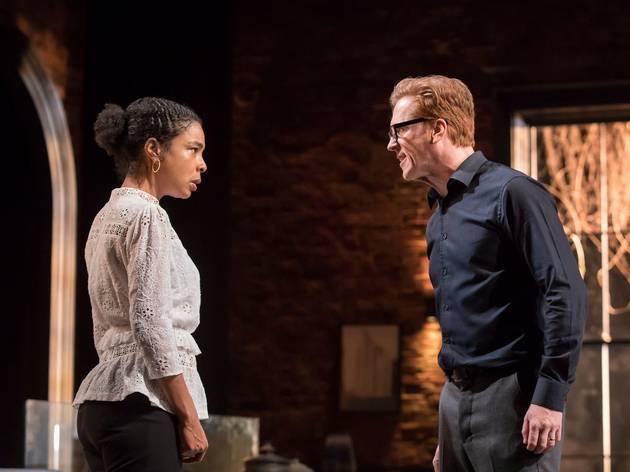 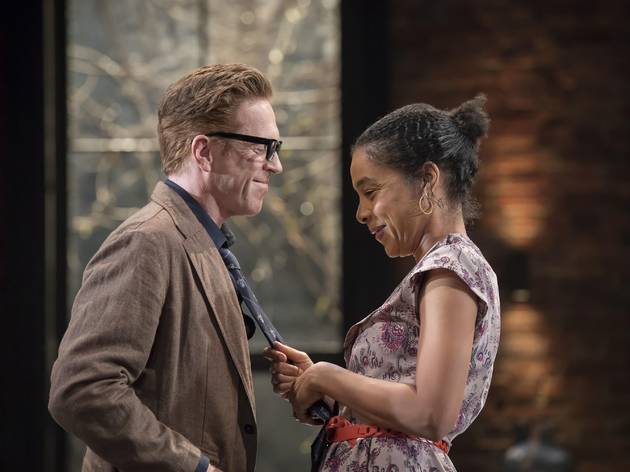 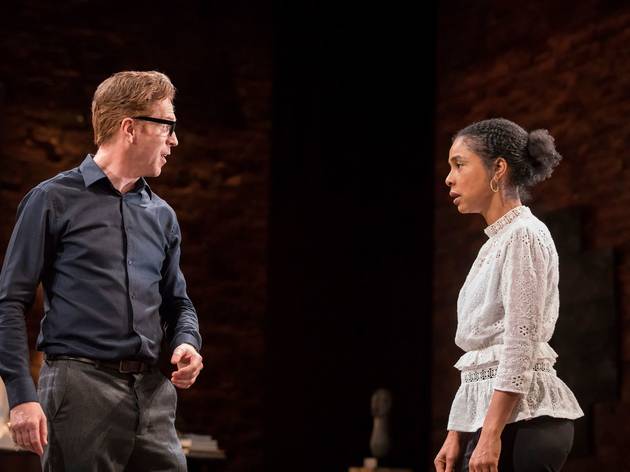 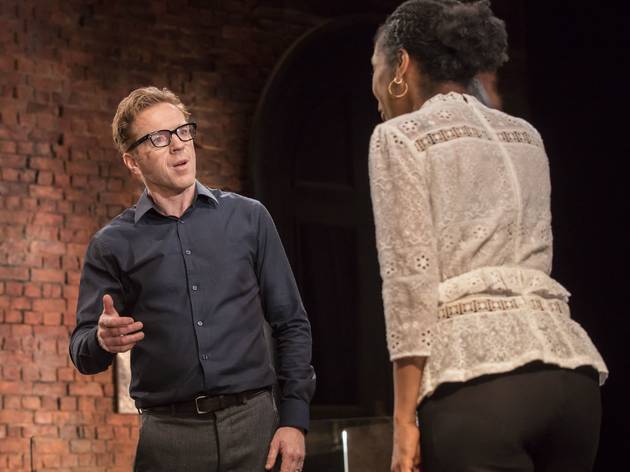 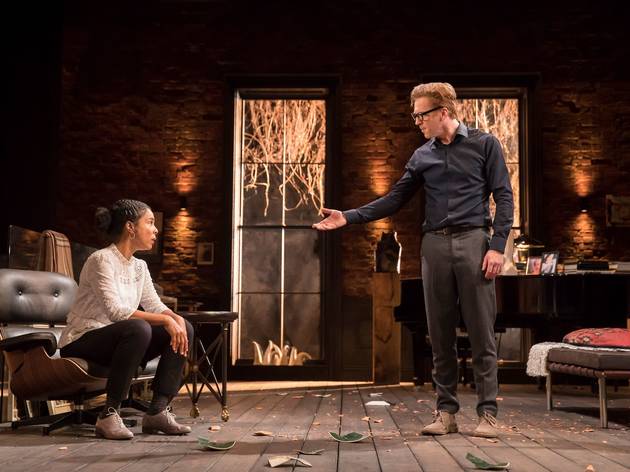 If you know anything about the late American playwright Edward Albee’s last big hit, you’ll know it’s about a man who falls in love with a goat. But having missed its 2004 London production, I didn’t quite realise the extent to which ‘The Goat’ makes hay with its own premise.

A successful architect, Martin (Damian Lewis) is having an affair with Sylvia, who is a goat. His human soulmate and loving wife Stevie (Sophie Okonedo) finds out, and is understandably unhappy. It is tragic, and absurdist, but it also involves people shouting variants of ‘You fucked a goat!’, to much audience laughter.

Ian Rickson is a director usually characterised by glacial restraint, but his revival feels overpowering, milking (oh God, everything feels like a livestock-related innuendo) the play’s humour to the point where its delicacy is lost.

A lot of this can be attributed to Lewis, who was wildly OTT in the last play he did (‘American Buffalo’) and lays it on pretty thick here. It’s not a totally bad thing: Martin is a stylised and eccentric character, a man whose current crisis has done nothing to detract from his donnish wit and hilarious linguistic pedantry. Lewis’s booming, full-bore performance greatly enlivens the first act, which is essentially just one very slow build to a reveal we all know is coming (ie he is shagging a goat). But as the play wears on, the pitch and fussiness of Lewis’s performance increasingly grate. He inhabits each syllable physically, he shouts a lot, but he never tamps it down. The raw, confusing scenes with his sensitive gay son Billy (Archie Madekwe) didn’t really work for me – it’s only in the very last few moments that he shows us Martin’s vulnerability and heartache.

The best thing here, by a country mile, is Okonedo, who tears up the stage as Stevie. In a magnificently committed turn she not only captures the character’s abject devastation at events but also nail’s Albee’s humour. Her Stevie is a clever, funny woman whose intellect demands she comment on the absurdity of the situation even as she tears strips off her husband.

It feels like she’s the only one who nails the play’s duality and innumerous layers, its precarious balancing act between unthinkable tragedy and audience-tickling absurdity. Lewis is funny, and expressive, but he looks a bit too much like an actor having fun.

Next to the West End’s current revival of Albee’s early masterpiece, ‘Who’s Afraid of Virginia Woolf?’ – just around the corner at the Harold Pinter – it seems a little lightweight. Yes, it’s a dense, symbolic play, but this production feels a bit one-note. Still, what a treat that London is playing host to two of Albee’s great plays at the same time. ‘Woolf’ is the play he’ll be forever known for, but ‘The Goat’ shows what a singular writer he remained, even in his final years.