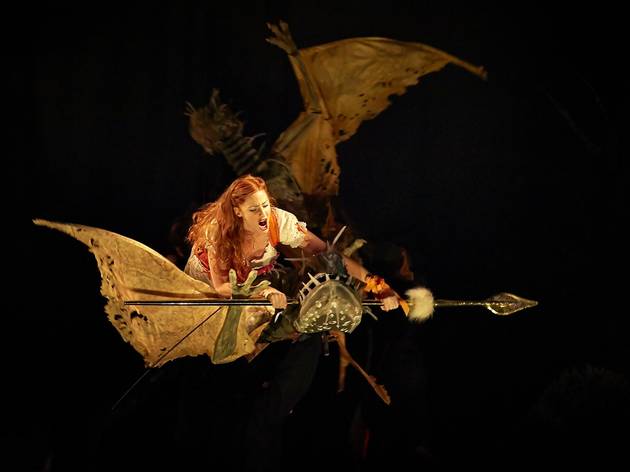 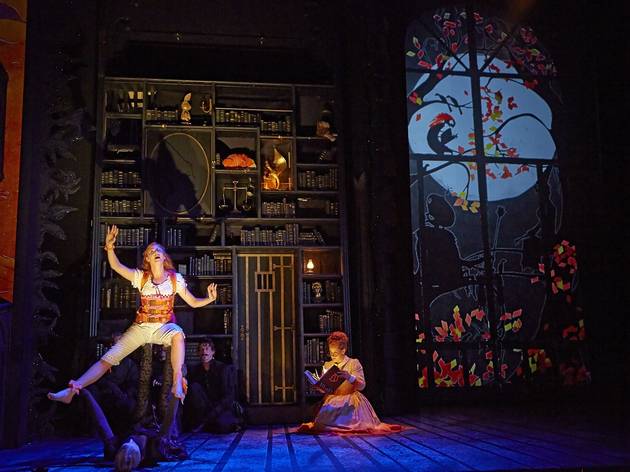 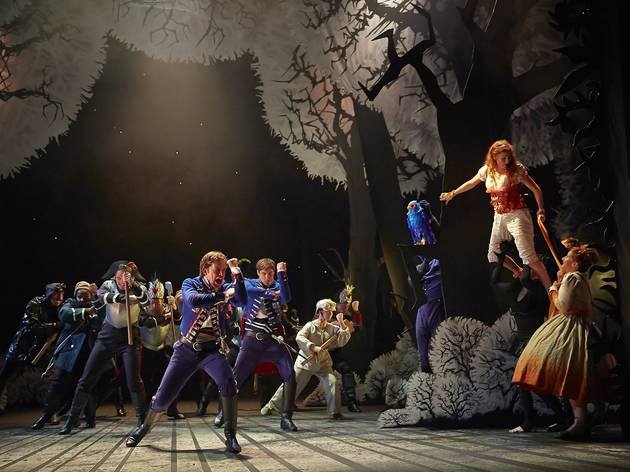 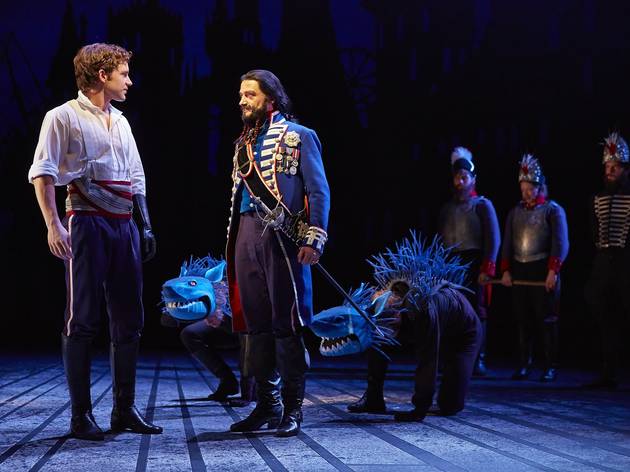 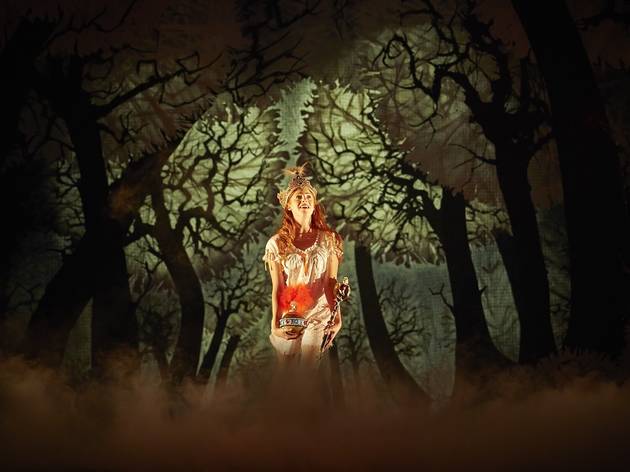 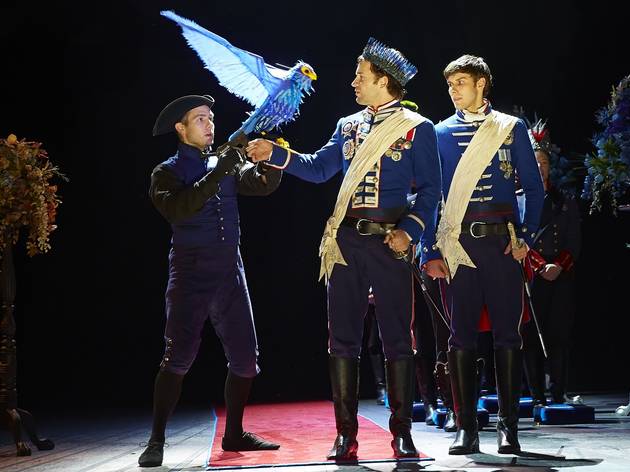 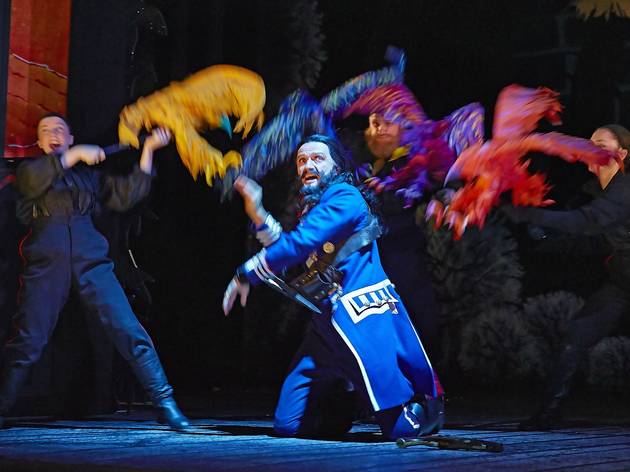 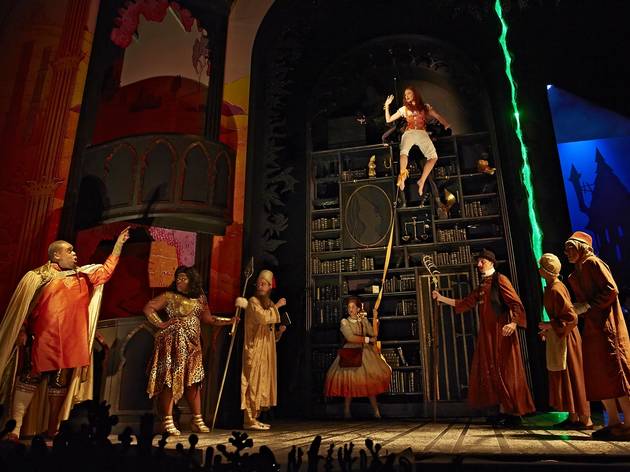 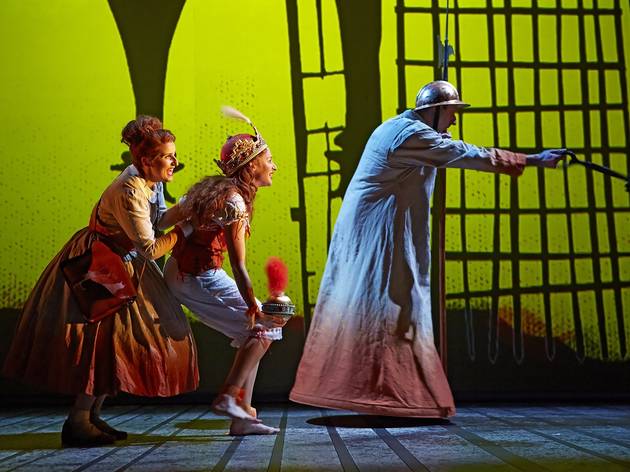 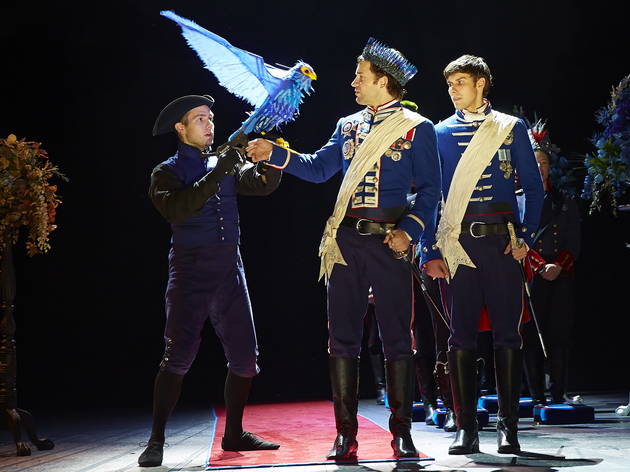 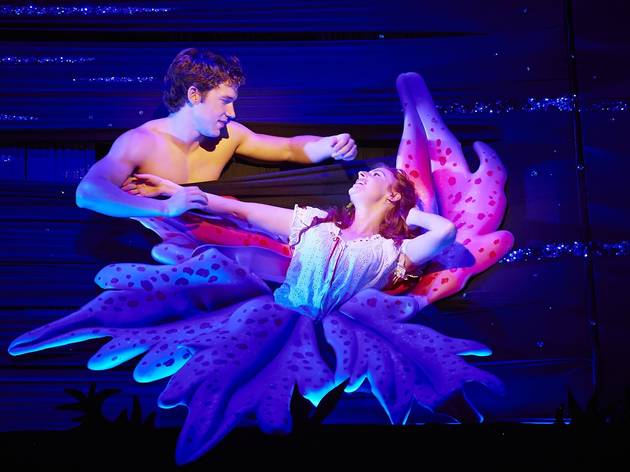 The National Theatre’s much-hyped new musical is a visual and technical tour de force with a title performance from Rosalie Craig that’ll blow your mind and melt your heart. I was a fan – in other words – in spite of the fact that ‘The Light Princess’ doesn’t really do the business in the tunes department, where big things had been expected from songwriter and creator Tori Amos.

Her chief fault is to be too attached to the story, an adaptation of a Scottish legend about a princess cursed to permanently levitate. The songs are witty, romantic and charming. But they’re largely narrative pieces written in furtherance of Samuel Adamson’s fiddly script – some of Amos’s eerie, piano-driven signature sound would have given it more edge; conversely a couple of standalone showstoppers would have offered more oomph.

But the songs are the most ordinary thing about the ravishing production marshalled by ‘War Horse’ and ‘Curious Incident…’ director Marianne Elliott. It’s hard to know where to begin in praising her team, but the logical place is Craig, who is utterly enchanting as Althea, a sparky young royal whose response to her mother’s early death is to separate herself from earthly cares, both literally and physically. In other words, she actually flies, and this is where Craig’s performance goes from ‘winning’ to ‘whoa’.

There is the odd bit of wirework, but for the most part she’s manipulated by a team of puppeteers who deftly haul her through vertical space as her limbs undulate along imaginary thermals. She sings spinning round, she pulls funny faces while upside down, she surrenders to her handlers with total trust; after about five minutes you’ll believe she can fly in the same way you believed Joey in ‘War Horse’ was alive. It’s incredible.

She inhabits a scarcely less impressive world, a trippy fairytale kingdom spiked with strange modern flourishes and filled with oddball animals. Rae Smith’s sets are ravishing and Toby Olié’s vivid puppet creations a pure delight – it’s a joy to drink in the visuals of this realm, in which the endlessly flippant Althea finds romance with the infinitely serious Digby (Nick Hendrix), son of her kingdom’s mortal enemy, King Ignacio (a slightly underused Hal Fowler).

Some PG-rated mutilation might make it a bit too Brothers Grimm for the very young, but I’m surprised at the NT’s 13+ age advice: though Althea’s wayward coming of age is a very teenage story, this is a magical spectacle first and foremost, and it’s a shame to shut out pre-teens, who I’m sure would love it. It’s a show for everyone, and while it has its faults, Elliott’s production is a once-in-a-lifetime affair. Maybe it’s style-over-content, but I’ll take that if it’s got heart – and ‘The Light Princess’ has heart to spare.