‘The Ocean at the End of the Lane’ review 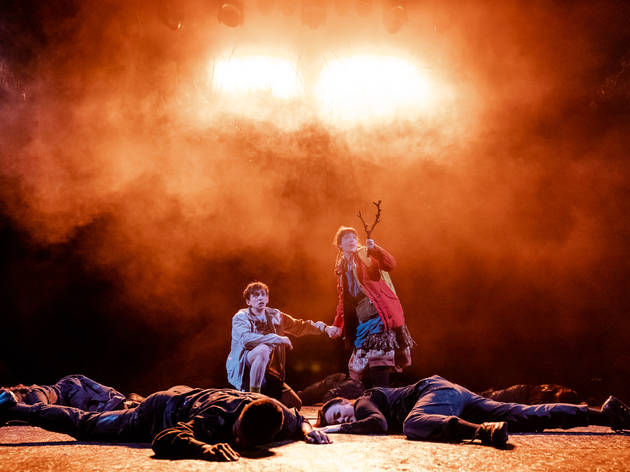 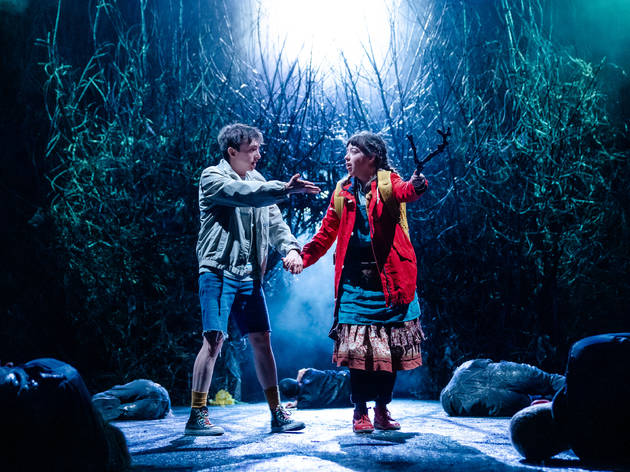 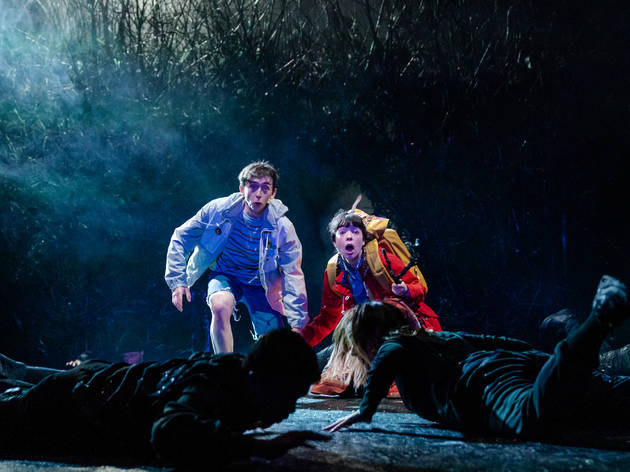 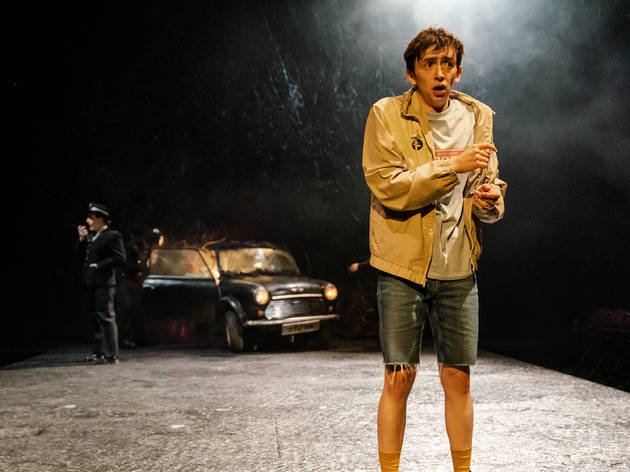 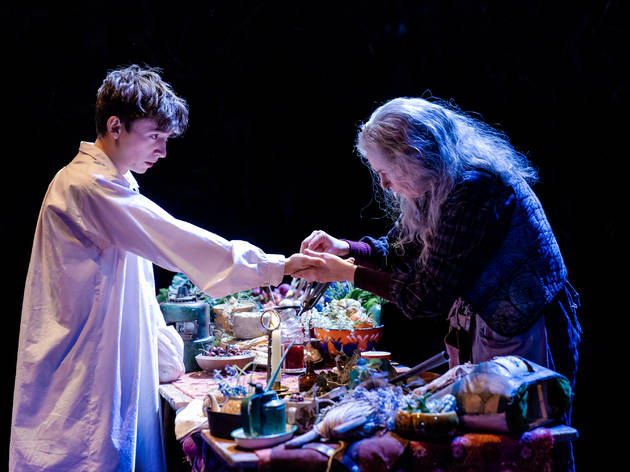 These are the new, rescheduled, 2021-22 dates for ‘The Ocean at the End of the Lane’, whose original West End transfer was scuppered by the pandemic.  This review is from its run at the National Theatre in December 2019. Tickets for the transfer go on sale March 13 2020.

Considering how popular fantasy literature and its adaptations currently are, it feels like a bit of an omission that we see so little of it on stage. But Joel Horwood’s over-twelves version of Neil Gaiman’s 2013 novel ‘The Ocean at the End of the Lane’ is emphatically The Way To Do It: a heady, dreamlike whirl of story, scary and beautiful in equal parts, that looks phenomenal and makes expert use of the stylised language of theatre to cram in an entire otherworldly epic.

It begins as an unnamed man runs away from his father’s wake, drawn to an old duckpond near his former family home. He is haunted by thoughts of a girl, Lettie (Marli Siu), who he met on his twelfth birthday, in the early-’80s. She is gone, but he comes across her elderly grandmother, Old Mrs Hempstock (Josie Walker), who he only dimly recalls. Her presence revives suppressed memories, of Lettie and her family being an ageless coven of immortal spellcasters; of his home being invaded by Ursula (Pippa Nixon), a malevolent entity from outside the walls of reality; of the fightback, and its consequences.

Gaiman’s story is hot property: Simon Pegg, of all people, is apparently making a TV version. But it’ll have to go a long way to catch up with Katy Rudd’s thrilling NT production, which is pacy, stylish and also expertly harnesses the inherent ambiguity of theatre to get to the heart of Gaiman’s tale. A television series, presumably, would have to make everything seem ‘real’. But the key to Gaiman’s thesis here – as expounded by Siu’s gawky but preternaturally wise Lettie – is that when it comes to looking back, memory, reality and imagination are all essentially the same thing.

Did Samuel Blenkin’s nerdy, CS Lewis-loving 12-year-old boy really battle forces of darkness one summer? Or did his fertile imagination embellish a difficult period after his mother’s death? The argument here is that it doesn’t really matter: in a way, both can be true.

That said, if you want really-quite-frightening monster battles, you’ve got them here. Puppetry director Finn Caldwell and puppet designer Samuel Wyer pull out the stops for a couple of big setpiece scenes. In one, we meet the entity in its true form, a terrifying, shapeless mass, almost incomprehensible even as you’re looking it. I won’t spoil the second, but the monsters are even scarier: the puppets wisely – and frighteningly – hint at them, leaving your imagination to do its worst.

Perhaps the most virtuoso sequence, though, is when Nixon’s Ursula insidiously invades the family. Presumably masterminded by magic and illusions director Jamie Harrison, in it she appears, seemingly impossibly, behind a series of locked doors, scattered all across the stage. A more creepy twist comes from Fly Davis’s design: Ursula wears pink, and the longer she remains in the protagonist’s house, the pinker it becomes, the colour bleaching out everything.

Topped off with a pulsating retro synth score from Jherek Bischoff, dexterous movement from Steven Hoggett (who makes the spell-casting bits look almost unreasonably cool) and strong performances all round (no spoilers, but Walker’s delivery of the line ‘THIS IS NOT ACCEPTABLE’ is one of the most spinetingling things I’ve heard in a theatre all year) and this is really something pretty special.

Yes, there are a couple of things that get lost in translation from page to stage: in particular, it feels a bit episodic – Nixon’s scene-stealing Ursula seems confined to a comparatively limited part of the story.

Nonetheless, it is a pretty dazzling achievement that sees the NT go toe-to-toe with the fantasy worlds crafted on film and TV and pretty much come out on top. That it’s currently only scheduled to do a month at the Dorfman is hysterical – bag a ticket now while it’s in the small theatre, or wait for the plus-size transfer to roll around.