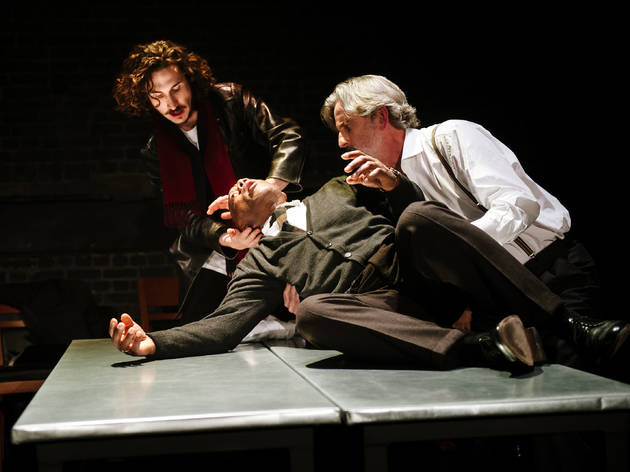 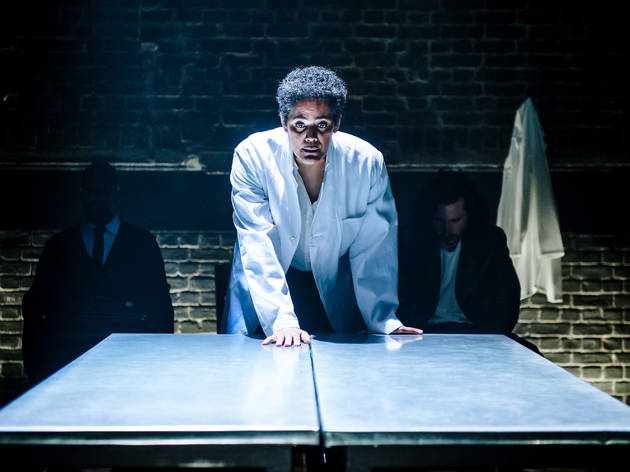 ‘[Insert name here]’s text has added significance in the world’s current climate…’ Given how much this phrase – or variants thereof – is being bandied around right now, you’d be half-forgiven for thinking that the only shitty things that have ever happened in the world were those Two Really Shitty Things that happened in 2016 (which, in case nobody told you, was A Really Shitty Year). It’s how the Arcola Theatre has framed Neil Bartlett’s adaptation of philosopher Albert Camus’s 1947 novel ‘The Plague’. Okay, it was written in the wake of a far-right authoritarianism that had devoured nearly all of Europe – but really, it is a far more timeless meditation on the meaningless of life, the indifference of death, and how humans react in times of catastrophe. Existentialism 101, basically.

Still, an iffy bit of rationale doesn’t mean that Bartlett’s production isn’t any good: it is. In a confident move, his text dismantles its source material and refashions it as a procedural that hears the testimonies of a number of inhabitants of a French-Algerian town inexplicably struck by a contagion. As the death toll rises and the crisis unfolds, each of them reacts differently. Sara Powell keeps the heart of the play beating as the tersely compassionate (and gender-flipped) Dr Rieux; Joseph Alessi shines as Cottard, the eccentric who becomes a madman.

The stripped-back production and Dinah Mullen’s sound  – a single piano chord – match Camus’s no-fuss prose, and work well in the Arcola’s exposed-brick studio. And if the drama slackens over the course of 85 minutes, the full payload of this unsparingly bleak fable comes crashing down by the close. Just don’t go expecting any overt connections to our world’s own current maladies. If this weren’t so bloody gloomy, you might be grateful to escape for a bit.