‘The Prince of Egypt’ review 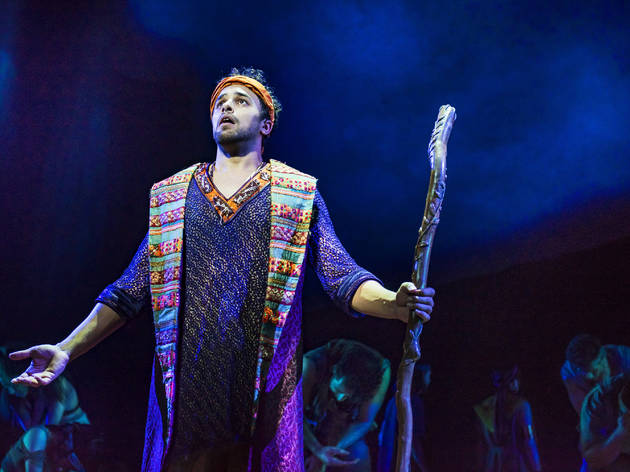 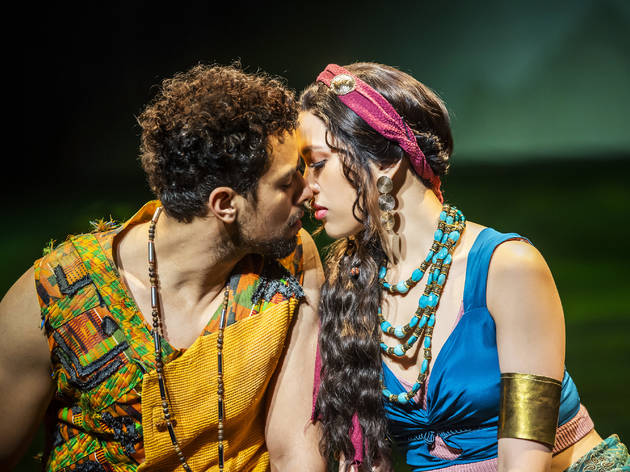 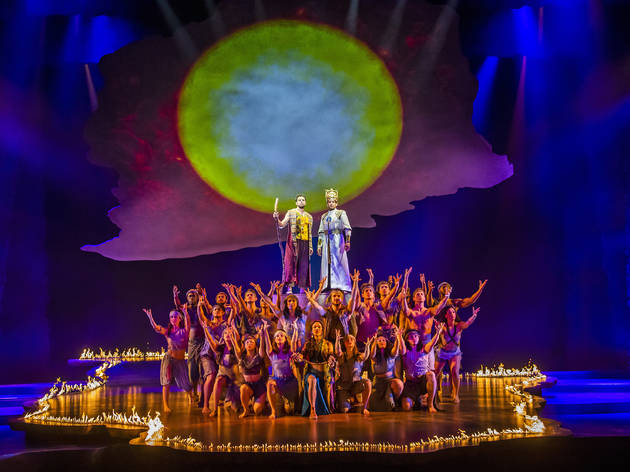 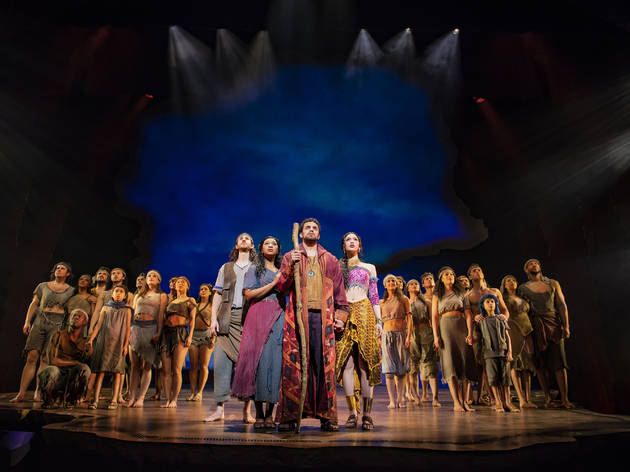 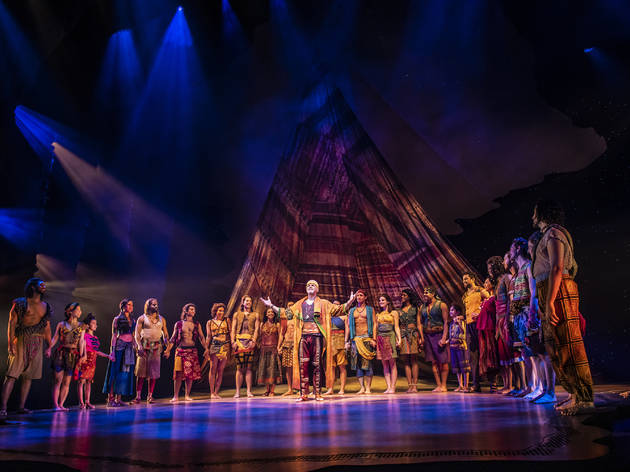 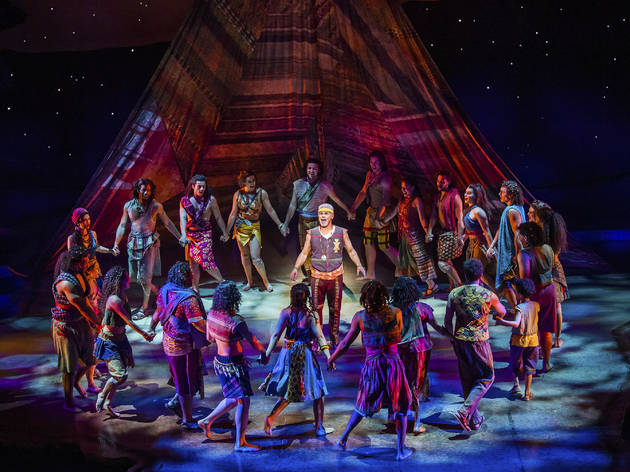 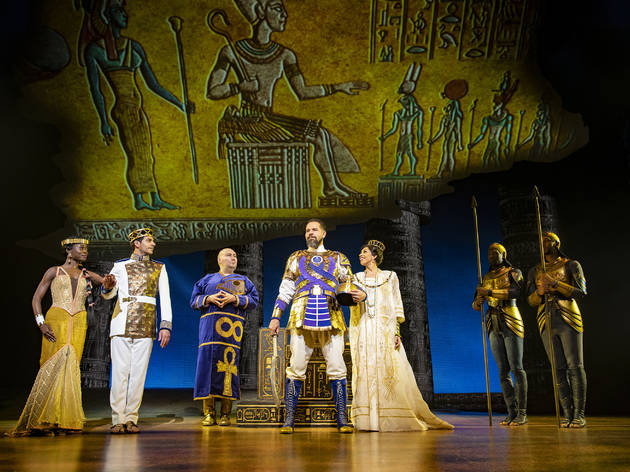 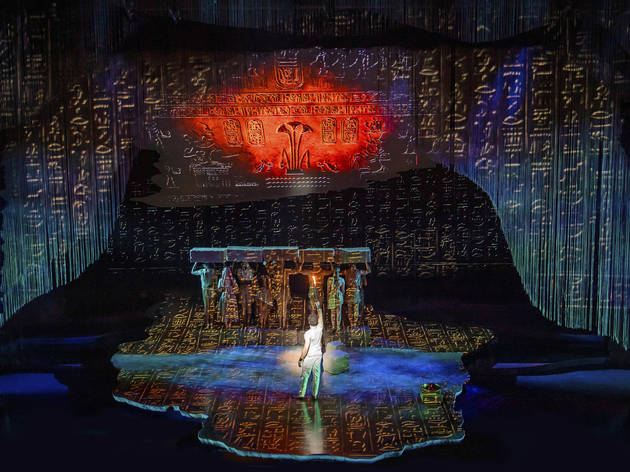 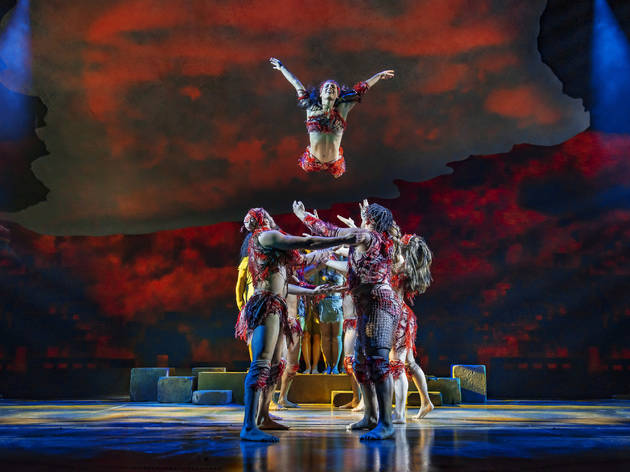 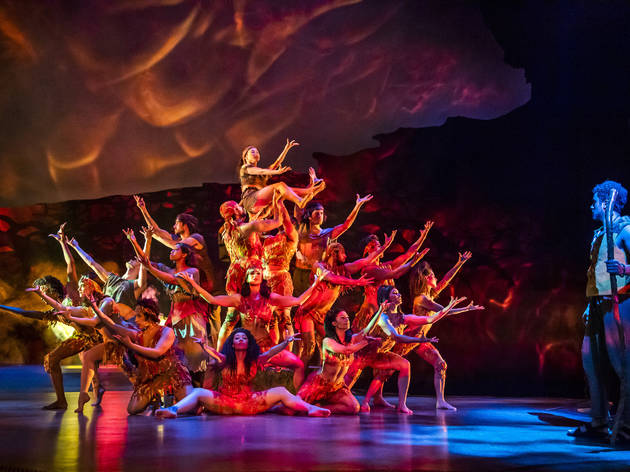 The songs are sublime in Stephen Schwartz’s adaptation of his Biblical cartoon, but the rest is a muddle

‘The Prince of Egypt’ is the plucky, earnest underdog of ’90s animated movies: not even a celeb-heavy cast and a score of Stephen Schwartz bangers could save it from back-of-the-video-cabinet, cult flick oblivion. Until now? Well, sort of. This massive new stage show probably won’t add substantially to the film’s fanbase, but it’s a pacy, powerfully sung showcase for songs like ‘When You Believe’.

Schwartz’s son Scott brings the ancient story of two Biblical brothers to the stage with dust-raising chaotic energy. Massive digital backdrops summon up the grandeur of its Ancient Egyptian setting with the monolithic graininess of ’90s PlayStation graphics. In front of them a huge, tumbling cast of physical theatre performers act as both the pyramid-building Hebrew slaves, and as the underdressed physical theatre incarnation of the story’s many ambitious plot points. There’s nothing this agile, ragged, bikini-clad crew can’t lend a kind of clumpy ’90s eroticism to. Sexy chariot race? Check. Sexy burning bush? Check. Sexy river of blood? Check.

Philip LaZebnik’s book isn’t quite as limber. He pads the film’s taut story of Moses and Rameses’s rivalry with clumsy new scenes. The worst ones attempt to fill out these men’s relationships with their wives in disappointingly retro fashion, with Moses and Rameses bonding over their other halves being ‘difficult’. Here, Tzipporah becomes an Esmeralda-esque figure who specialises in hip-weaving dance movies and one-note defiance. She and Moses fall for each other while watching two sheep rut. And Rameses’s wife Nefertari’s main personality trait is snobbishness – her second-act solo ‘Heartless’ is an unexpected outbreak of emotion that’s too little, too late.

Luckily, the story’s central brothers are much more convincing to watch. Luke Brady plays Moses like a gap-yah student, mid-existential crisis: he swaps his privileged upbringing in the Pharaoh’s household for a desert voyage of self-discovery, and decks himself out in a very Camden Market patchwork coat and staff. As ruler-to-be Rameses, Liam Tamne wears his privilege more comfortably, and has a convincing mercurial streak that sees him switch without warning from brotherly love to anti-Israelite fury. Their voices blend beautifully on new song ‘Always on My Side’. Another, ‘Footprints on the Sand’, is a standout, but it’s mostly the original movie numbers that shine out. ‘Deliver Us’ is an anthemic proclamation of frustration: when the Hebrew slaves sing it right out at the audience in multi-layered harmony, it's spinetingling.

‘The Prince of Egypt’ has a massively current message: it's a story of a struggle against out-of-touch rulers, amid floods, disease and natural disasters. In its best moments, it has the rousing power of ‘Les Misérables’. But with gritty recent revivals of the likes of ‘Jesus Christ Superstar’ showing that Biblical musicals can feel contemporary, this one seems stuck in the past. Its cheesy Disney-esque multiculturalism doesn’t make these warring tribes feel even slightly authentic, and the magic tricks feel like just that – tricks. The music is miraculous; if only there was storytelling to match.