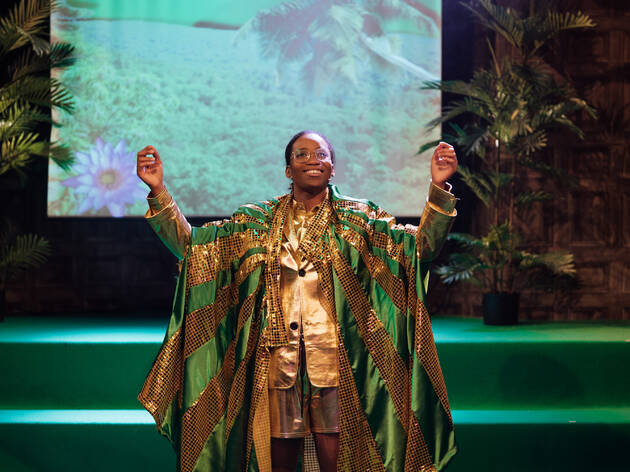 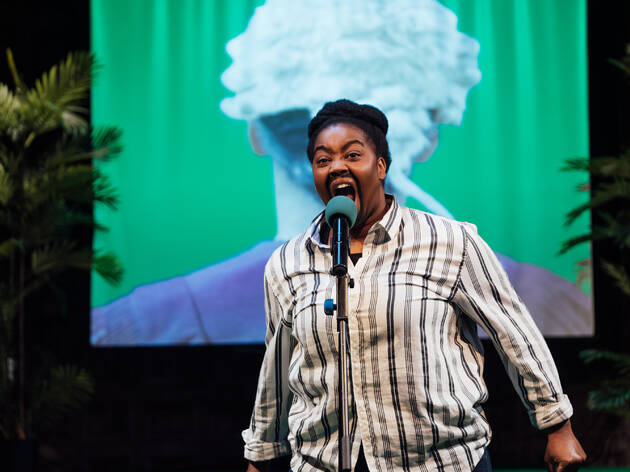 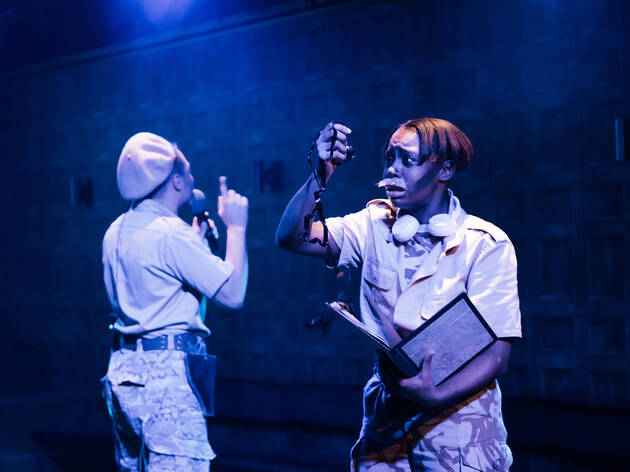 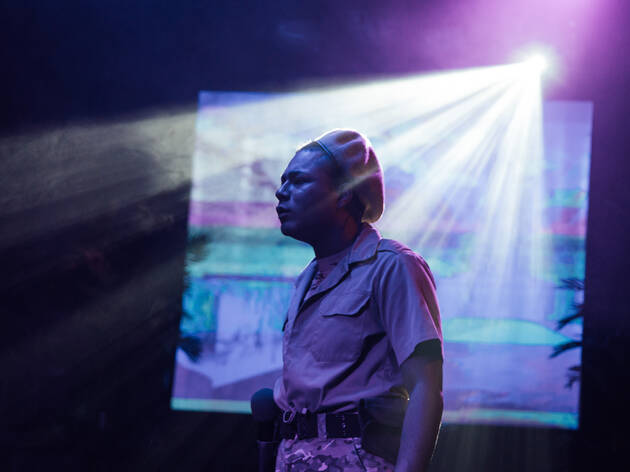 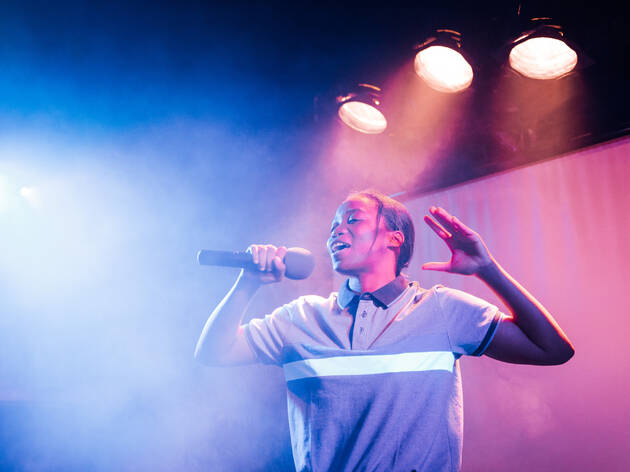 Maybe, before I tie myself up into sociological knots, I should point out that it is an absolute bloody hoot. After a slightly more serious opening monologue that offers a sympathetic portrait of a young Somali pirate, it settles down as an irreverent satirical rewrite of Conrad and Coppola, in which a pair of dysfunctional German army officers – prissy, snobbish Sergeant Pellner and his taciturn sidekick Officer Dorsch – head upriver into the, er, rainforests of the Hindu Kush to eliminate Lieutenant Colonel Deutinger, a Kurtz-alike rogue officer due to be terminated with extreme prejudice.
Along the way they encounter a lot of very strange things, from a neat-freak UN officer losing his mind over the lack of wifi, to a man who lost his family to a Western smartbomb but blames himself for buying an awning that caught fire, to a missionary who attempts to get the audience singing and dancing to ‘The Lion Sleeps Tonight’.

There is a sort of Monty Python-esque surrealism for surrealism’s sake to some of the dialogue, which maybe feels a bit old-fashioned at first. But pretty soon the feverish, spangly weirdness of Anthony Simpson-Pike’s production gets under your skin, and ‘The Ridiculous Darkness’ settles down as a silly, restless, endlessly visually inventive – great, playful work from designer Rosie Elnile – pricking of the pomposity of Western imperialist endeavour. It is sardonic and political, but also really funny: Travis Alabanza is particularly amusing as the haughty Pellner, who at one point describes graphically native culinary rituals in a near swoon, only for it to become increasingly apparent that the horrified officer is talking about the making of sausages.

The thing that nagged at me slightly: Simpson-Pike’s production of ‘The Ridiculous Darkness’ uses a non-white, non-male cast to explicitly reclaim this narrative from its white colonial roots. But throughout it all, it’s not entirely clear what Lotz’s original intention is: it perhaps feels important to know whether this production is a realisation of a white playwright’s vision or a subversion of it (or a subversion of a subversion if you will).

Clearly whatever the case, Simpson-Pike and his cast are not hapless pawns. But maybe clarity of intention would give it a bit more bite: the last scene, in which the cast idly discuss the role of people of colour in colonial narratives, feels a bit patronising if attributable to Lotz, but much more reasonable if it was a devised addition from the company.

I digress: it’s important not to straitjacket this singular show by applying an earnestness that it utterly rejects. The horror, the horror – yup, it’s here. But also: the fun, the fun!