This painfully funny play by Stephen Beresford, up from the Chichester Festival Theatre, is the best West Country drama I’ve seen since ‘Jerusalem’. But it will divide people - triggering them along the fault lines which split the seaside parish it describes, where mildewed institutions and trad public service values are spliced with offense culture, zero-hours poverty, and a loss of meaningful purpose and employment in both middle and working-class life.

Unfashionably, Beresford’s theme is the Church of England. It dominates the play and the set, a sketch of an ancient spired church building filling the backdrop of the stage, drawn austerely with odd, imposing angles, like a memento mori, its perspective visibly at odds from the warmer world below. The action happens below in a threadbare vicarage kitchen, where all comers are welcome and every shade of human trouble is played out between the tea kettle and the whisky bottle. This is the grace and favour (ie temporary) home of vicar David Highland: middle-aged, witty, humane, exasperatingly stubborn and frequently a bit pissed. When Highland refuses to allow the bereaved family of a dead schoolgirl to fill his church with Disney balloons for her funeral, all hell breaks loose: turds through the letterbox, social pile-ons, death threats, ‘TNU’ daubed between the shabby front window curtains (read it backwards). And the arrival of a shiny new young gay vicar sent by the ‘grieved’ church bosses to assist David in his fall from grace.

It sounds depressing but it’s properly laugh-out-loud character comedy that gets near the knuckle and stays there: not just in terms of the vicar’s ‘moral maze’ dilemma but for all of the nine cracking characters that Beresford’s invented, every one of them more or less a monster, but each with the ring of truth and – sometimes – a heart of gold.

Nick Hytner’s pacy production is brilliantly cast and dressed (props to Yvonne Mills’s genius costume design). It’s anchored by ‘The Crown’s Alex Jennings - reliably witty and compassionate, playing the vicar like Alan Bennett after 40 years ministering on a pittance to a flock that despises him. He’s particularly good for a laugh and delivers an inexhaustible supply of Anglican zingers (Moses’s hangover cure? ‘He took two tablets’) with such charm you wonder why on earth his congregation has dwindled to ‘the two Miss Potts and whispery Elizabeth’. In contrast, his wife and daughter Mary and Susannah (Phoebe Nicholls and Joe Herbert, excellent) have had all the fun sucked out of them: their strained faces, tight mousy hairbuns and massively repressed rage is a pointed picture of long-suffering service.

There’s fantastic comic work from Holly Atkins as Joy, a hearty, heavily pregnant local policewoman in motorbike leathers and high vis. Also in the working-class corner are Tina and Lee Southbury, mother and uncle of the dead girl. I wish we’d seen more of Sarah Twomey’s Tina and less of Josh Finan’s Lee: the drama avoids a central conflict between vicar and mother for too long, and Twomey is devastatingly powerful stuff: when she is eventually onstage, the air crackles with power.

The first half of this pacy production is electric: the second ducks and dives a bit. It’s rare to see a play genuinely surprise the audience as this one does, but the payoff for that excitement was slight dissatisfaction, I was left hanging on for a catharsis that never came. Ultimately it feels more like a comedy documentary than a revelatory drama, but go and see it. Beresford has created a bold new play about an ancient subject – which is guaranteed to launch a thousand arguments in the bar afterwards. 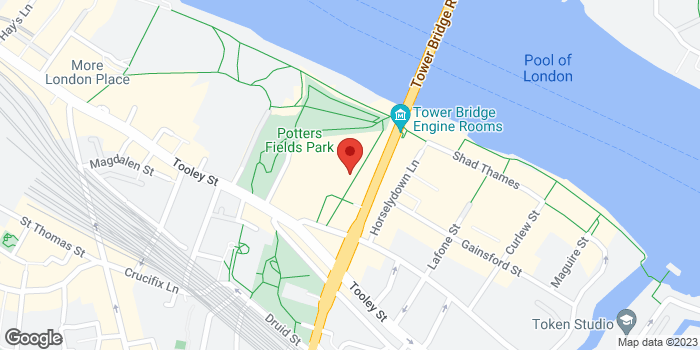