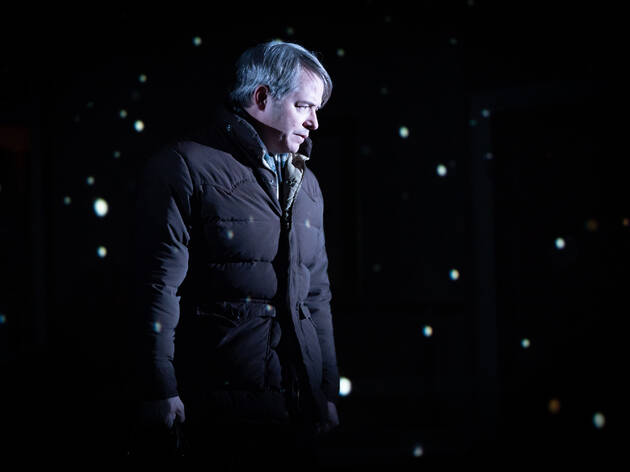 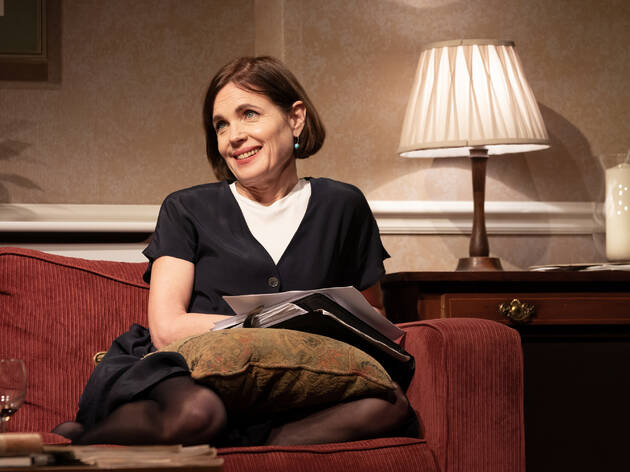 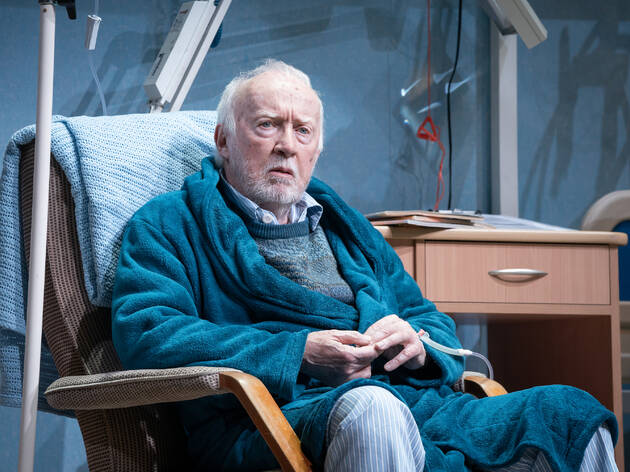 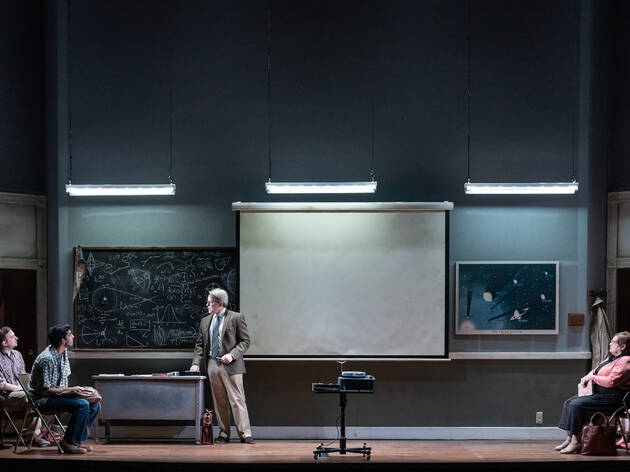 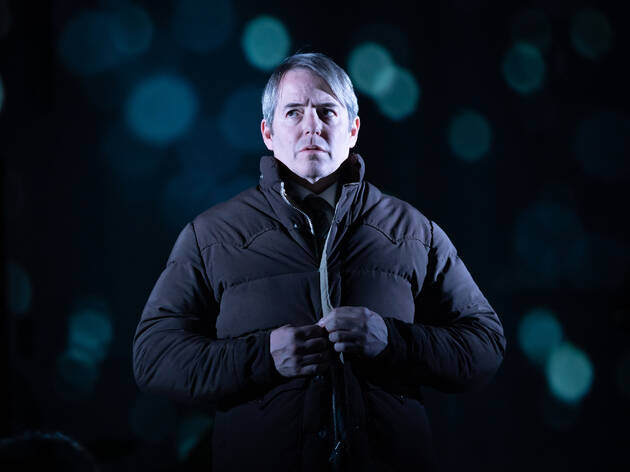 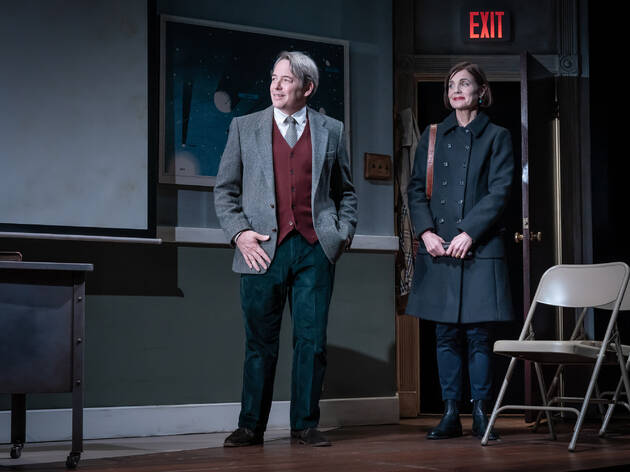 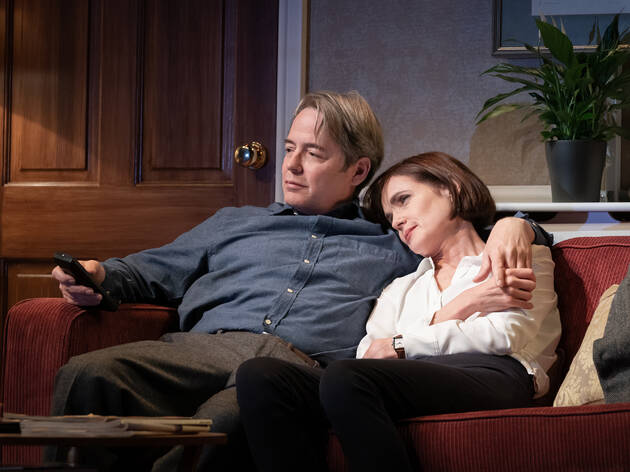 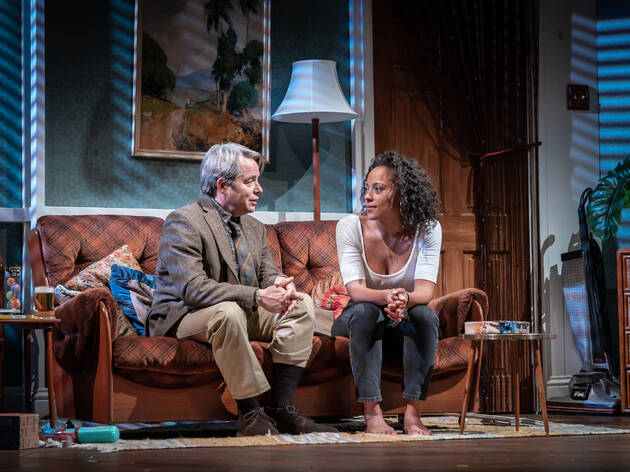 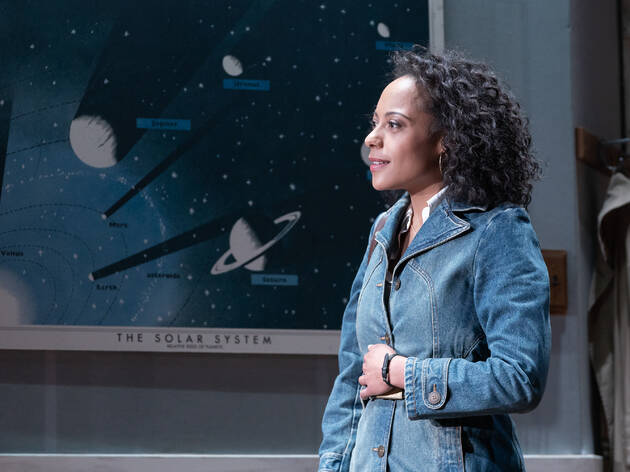 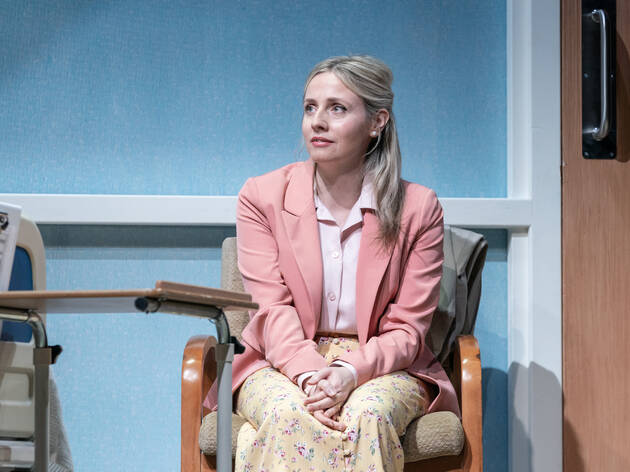 It stars Matthew Broderick (ie the actual Ferris Bueller) as Mark, an epically jaded lecturer at New York’s Hayden Planetarium circa 1997. Aged 52, he wanders through life in a mostly affable fug, exquisitely courteous but occasionally vaguely irritable, like Patrick Bateman with his balls cut off or Michael Douglas in ‘Falling Down’ if he didn’t fall down.

He drifts, blithely, into an affair with Rosalind Eleazar’s sensitive single mother Angela. Though the whole young-woman-throws-herself-at-much-older-guy thing is a bit tiresome, there is something interesting about their relationship – it feels like Mark is mostly reciprocating Angela’s attention to be polite; the affair has little bearing on his cordial but distant relationship with his wife Anne (Elizabeth McGovern, good but somewhat wasted in a minor manic pixie dream wife role).

The first half of Sam Yates’s production is kind of weird but kind of enjoyable. There is some odd stuff here, like the very silly scene in which a student forcibly gives Mark detailed feedback on how he thinks the course is going: it’s so daft that it should feel jarring, but it gets absorbed into the deadpan tone of it all. And while Mark and Angela are an odd couple, Lonergan is clearly trying to do something by contrasting his vision of a dry, dead universe with hers of one that’s powerfully interconnected.

But the second half is just a bit much. For starters, I haven’t mentioned the whacking great subplot about trainee nurse Angela, an elderly patient of hers named Norman and his daughter Doris. While it’s great to see actors of the calibre of Jim Norton and Sinead Matthews in the West End (as Norman and Doris respectively), their entire storyline feels like a meandering indulgence.

And Mark’s slowburning breakdown is difficult to stay invested in, if only because it lasts for so long and doesn’t really go anywhere. In one scene Broderick breaks down and weeps, quietly, with nobody watching him, and it’s practically the only point at which I felt like Mark even had an opinion on his own life.

This isn’t to detract from Broderick’s fine performance – or anybody else’s, for that matter. He is wonderful as a man drifting passively through life like some lonely celestial body. But there is a smart, poignant existential drama somewhere inside ‘The Starry Messenger’ that struggles to escape the black hole of Lonergan’s indulgent impulses.