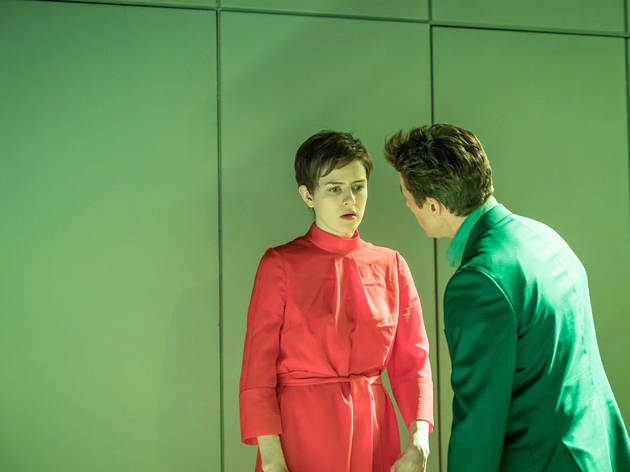 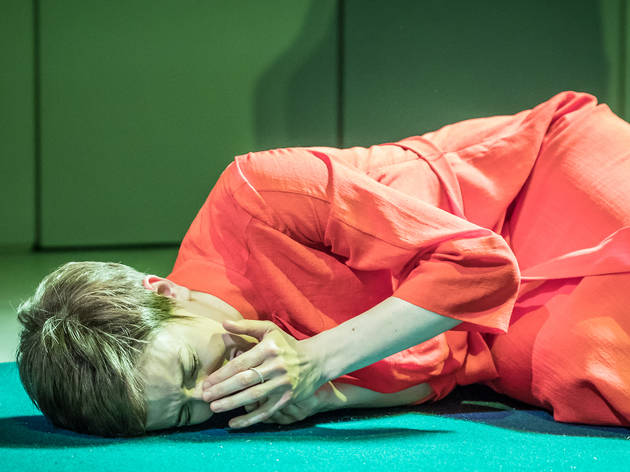 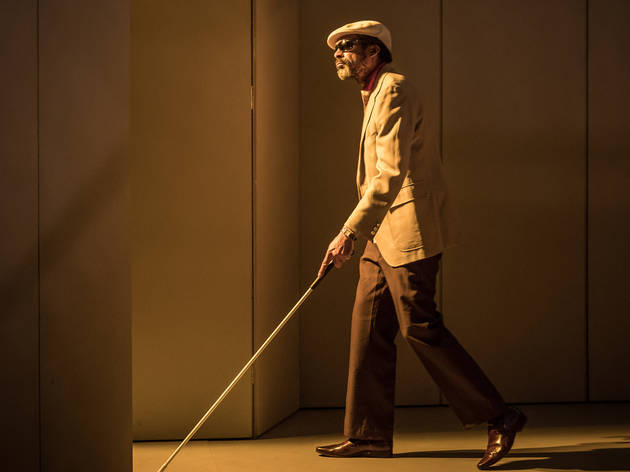 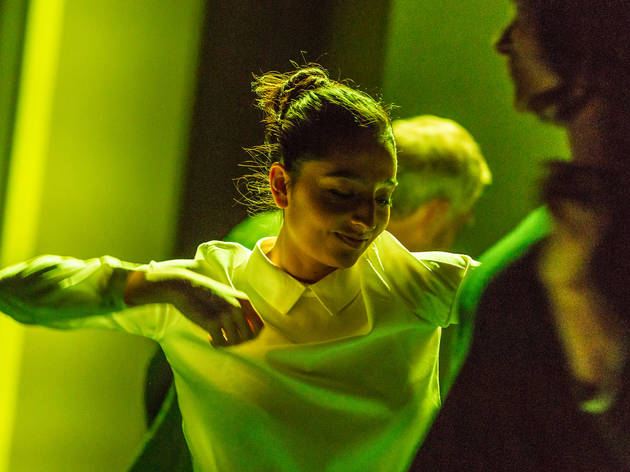 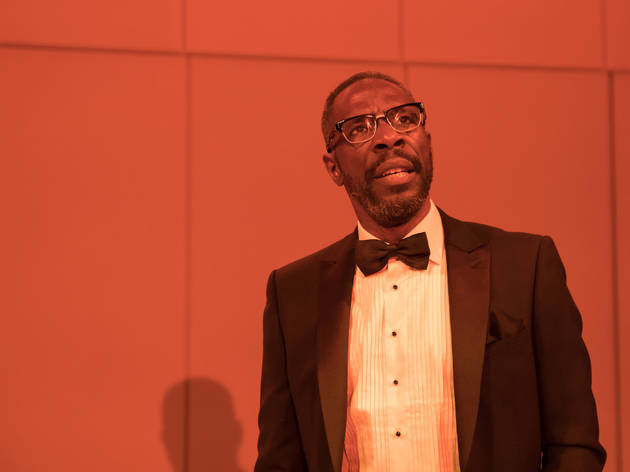 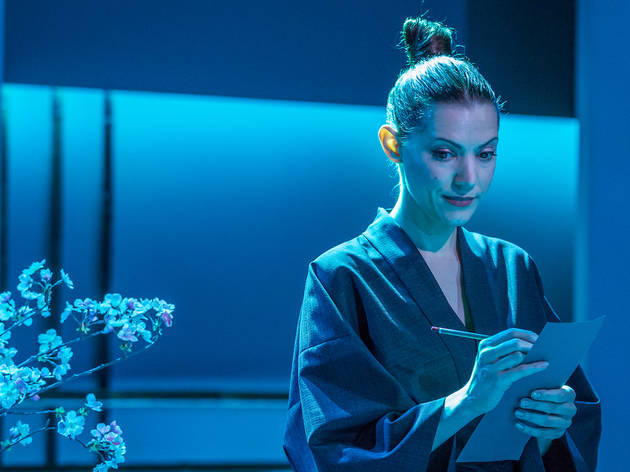 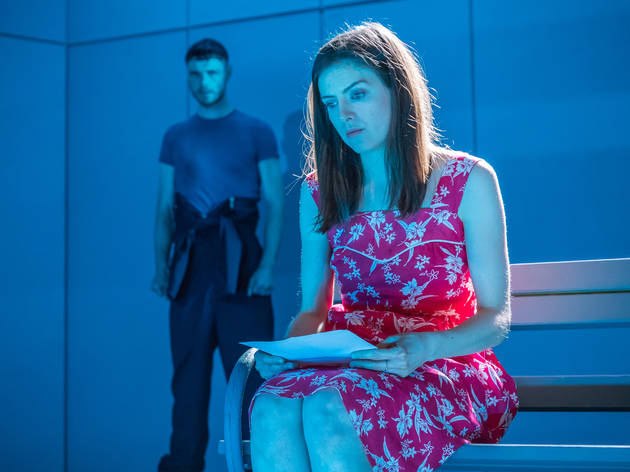 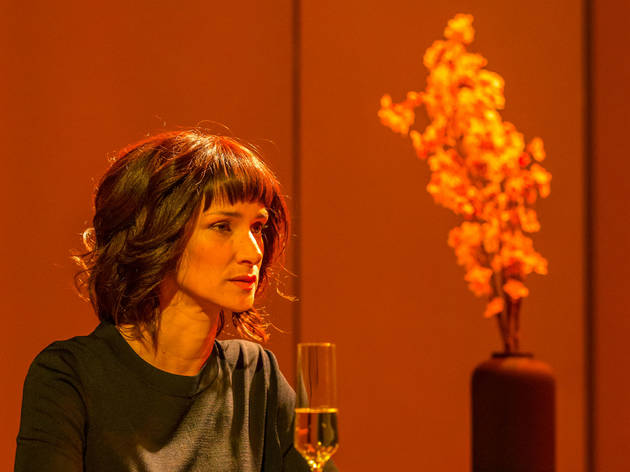 Picked for revival by director Lyndsey Turner, Martin Crimp’s early play ‘The Treatment’ has a lot to recommend it, not least the title, which is a particularly pleasing play on words. It’s set in the movie industry (New York, not Hollywood), and features two treatments, in the sense of a draft screenplay. One comes from seemingly innocent ingenue Anne (Aisling Loftus, inscrutable), who appears to be driven to share the true story of how she was tied up and threatened by an ex. The other is a weird, voyeuristic fantasy written by Clifford (Ian Gelder), an elderly loner who tells literally everyone he meets in the play that he had a couple of hits on Broadway in his youth.

Both are presented to married film producers Jennifer (Indira Varma, in the night’s most entertaining turn as a borderline sociopath) and Andrew (Julian Ovenden), a cocky alpha male who comprehensively disintegrates as the evening wears on), who pitch an amalgam of the two to Gary Beadle’s smart, self-serving film star John.

Probably the great revelation of Turner’s production is how enjoyable it is. Crimp has something of an intimidating reputation, an avant-garde superstar who’s big in Germany, with his most famous play, ‘Attempts on Her Life’, having no plot and no characters. There is a lot of harsh, brutal psychological stuff lying just beneath the surface of ‘The Treatment’, emotional violence that inevitably becomes physical. But there are some big actual laughs, foremost from the blind taxi driver (Ben Onwukwe) who has to ask his fares what colour the lights are. Even the darkest scene, the blinding of another character, has a mordant wit to it, being a shout back to Clifford’s desire to insert Shakespearen references into his screenplay.

Turner cradles it all in a dreamy, film noir aesthetic, with Giles Cadle’s set all slightly unreal primary colours, and smart use of community actors as de facto extras, wandering past in the background, creating a sense of ghostly world outside the action. And it’s strangely light on its feet, zipping by in a little over two hours (including interval), its darker energies underpinned by a strangely screwball quality. It feels strange to describe a Martin Crimp play as ‘fun’, but with some caveats, that’s just what ‘The Treatment’ is.