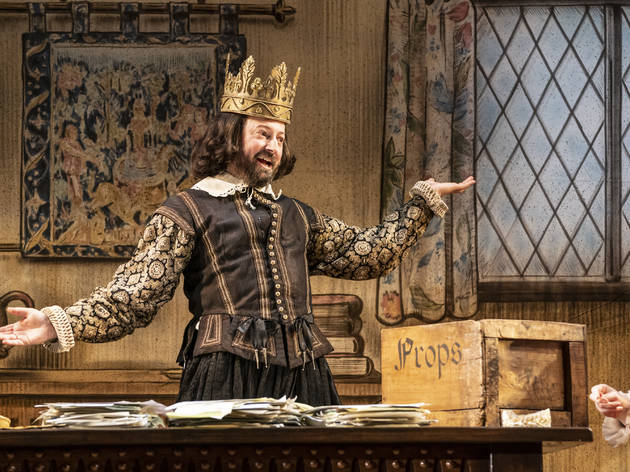 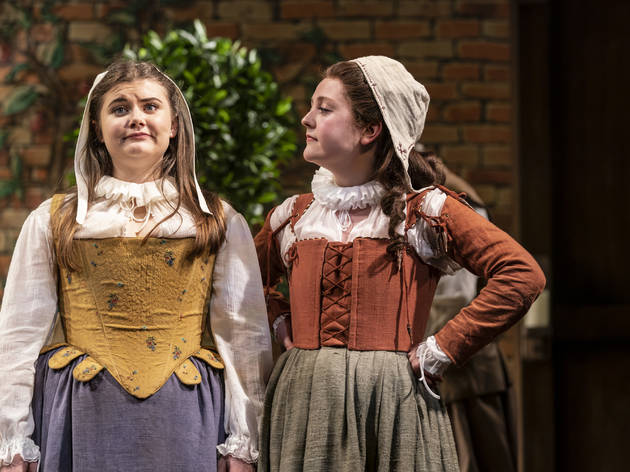 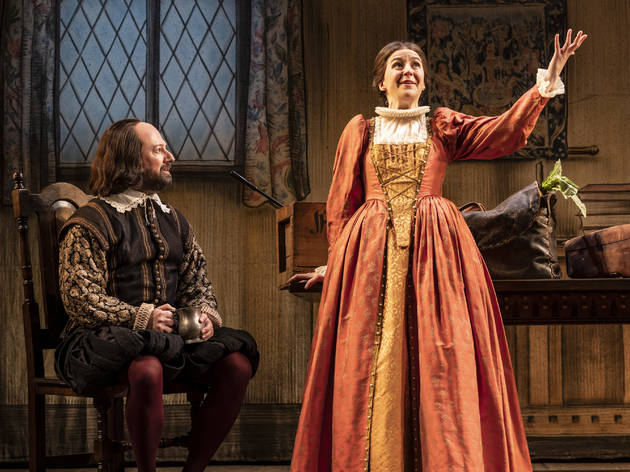 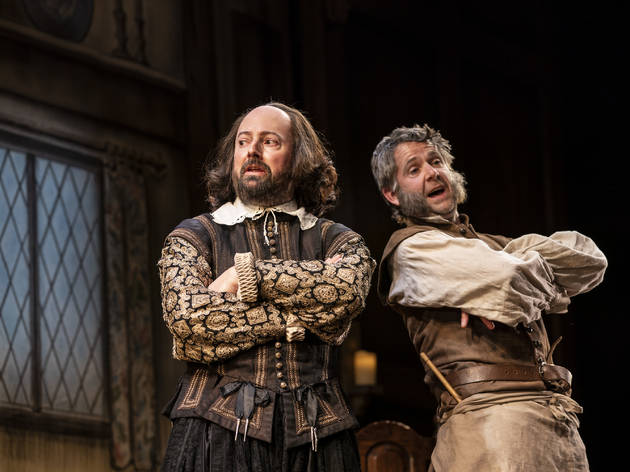 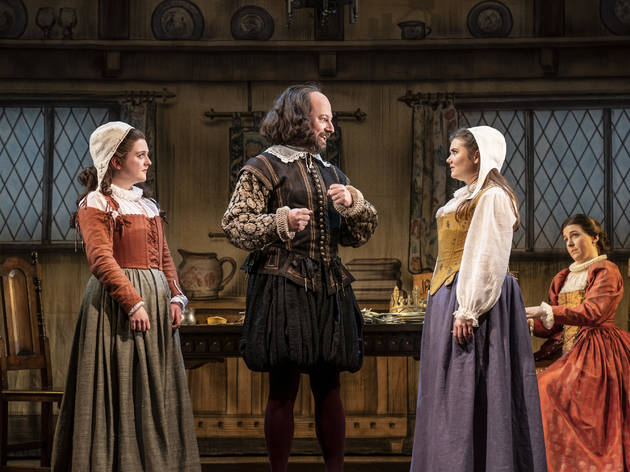 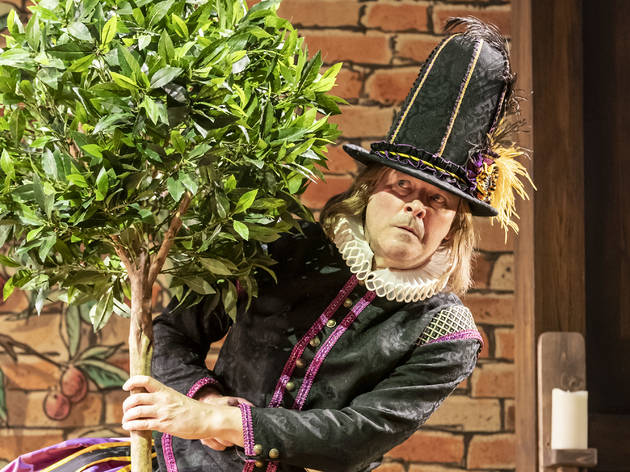 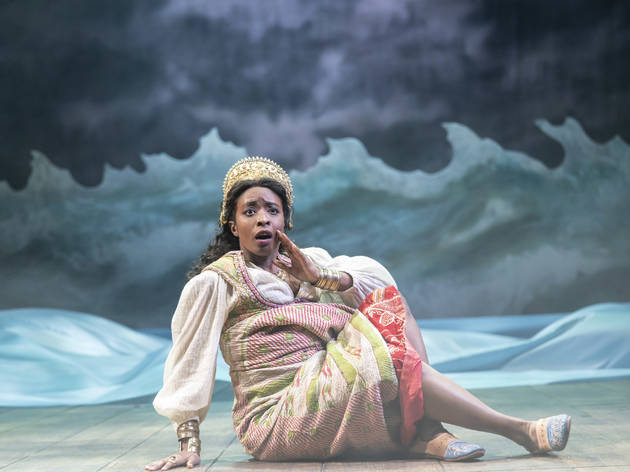 I made it approximately ten minutes into the pilot episode of the Ben Elton-penned David Mitchell vehicle ‘Upstart Crow’ before being unable to take it any more. So you could say that I came to this inexplicably definite-articled stage version of their Shakespeare sitcom with a doubt or two.

But whether it’s an improvement in quality, me mellowing in my old age, or simple Stockholm syndrome from being stuck in a theatre with it for two-and-a-half hours, ‘The Upstart Crow’ grew on me.

It doesn’t start well: all cheap populist laughs about the variable quality of Shakespeare’s plays (by all means make a coherent argument about why you think ‘Measure for Measure’ is shit, but if you go for the king, you’d better kill the king, and Elton’s script absolutely does not kill the king).

With the cast almost entirely made up of returnees from the telly, the early scenes are fairly dependent upon you knowing who everyone is, with big rounds of walk-on applause for Gemma Whelan’s Kate and Rob Rouse’s Ned. That everyone says ‘futtock’ when they mean ‘fuck’ is irritating to the point of distraction. The ‘joke’ that Shakespeare’s daughters have OTT Midlands accents is lazy and contemptible (it’s hard to imagine any other accent being mocked this way in 2020). There are discussions about race, sexuality and gender that are probably well-meaning but come across a bit ‘OK boomer’.

And yet… the tittering Shakespeare-bashing is largely confined to the start, and Elton ends up weaving a somewhat endearing tribute to the Bard, as the plot – which very loosely follows the events triggered by a pair of shipwrecked African royals being washed up into town – becomes a knowing mashup of ‘Twelfth Night’, ‘King Lear’, ‘Othello’ and ‘The Winter’s Tale’. It’s maybe not quite as dazzlingly crafted as that sounds – it’s no, um, ‘Shakespeare in Love’ – but it has both a formal ambition and ultimate fondness for its subject that count for something. Toss in some agreeable silliness with a man in a bear suit, a wonderful turn from Mark Heap as a self-denying Puritan, and a fistful of genuinely good gags and you have a fun night, smoothly directed by stage-comedy supremo Sean Foley.

It would be remiss not to talk about star David Mitchell, although it’s fairly inconceivable that you couldn’t guess how he plays it. Despite being responsible for one of the greatest comedy performances in history (that would be the impossibly neurotic Mark Corrigan from ‘Peep Show’), Mitchell’s subsequent, panel-show-heavy career suggests a man unwilling to leave his comfort zone. The fact he makes his West End debut reprising a sitcom character reinforces this. Still, he’s more confident and charismatic than one might expect from a relative stage novice, and he’s not bad with the chunks of ‘Lear’ he has to perform – a further stage career is there if he’s game for the challenge.