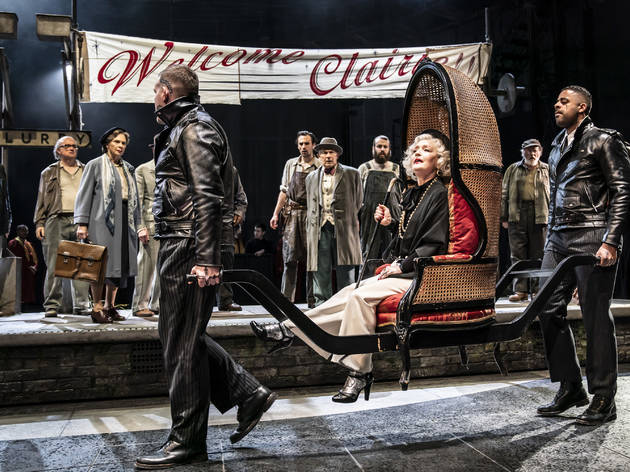 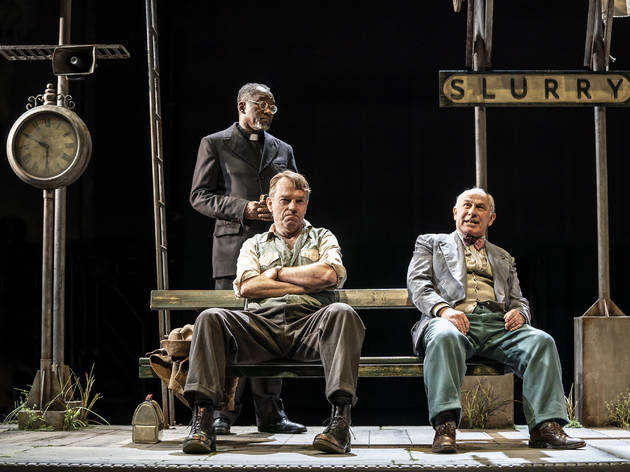 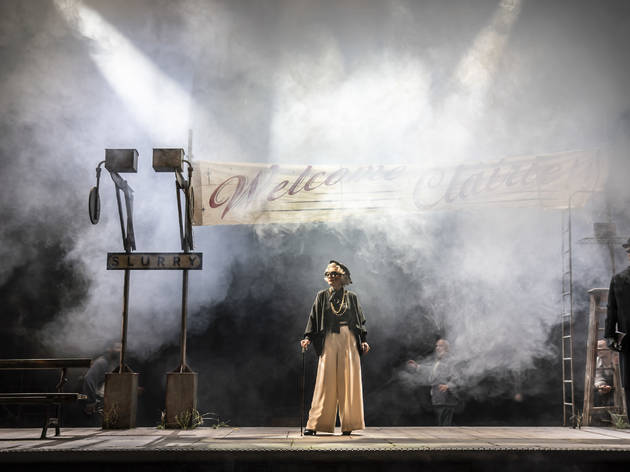 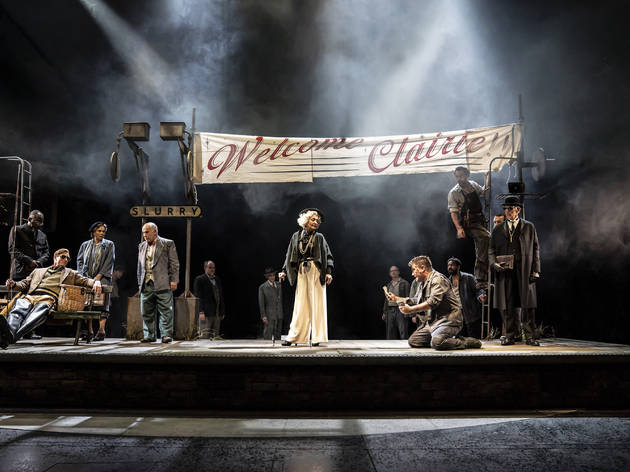 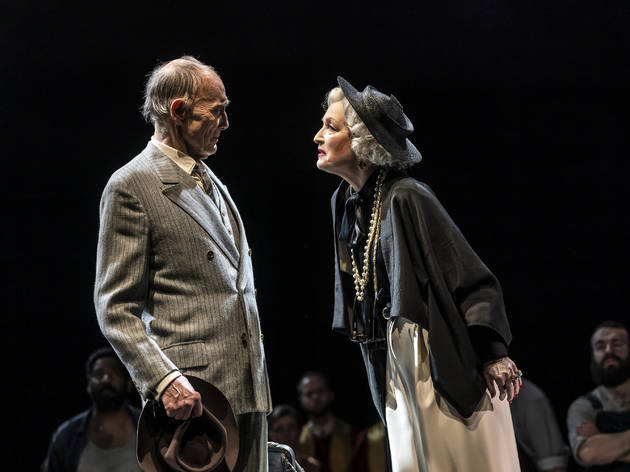 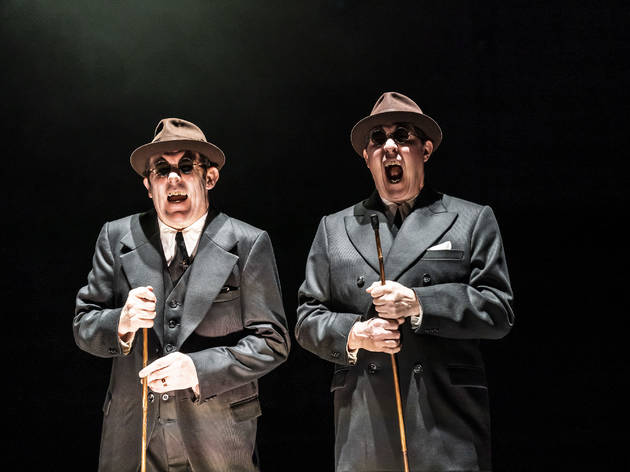 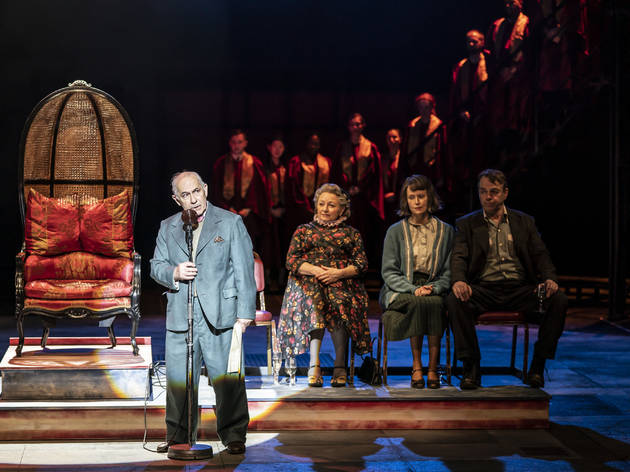 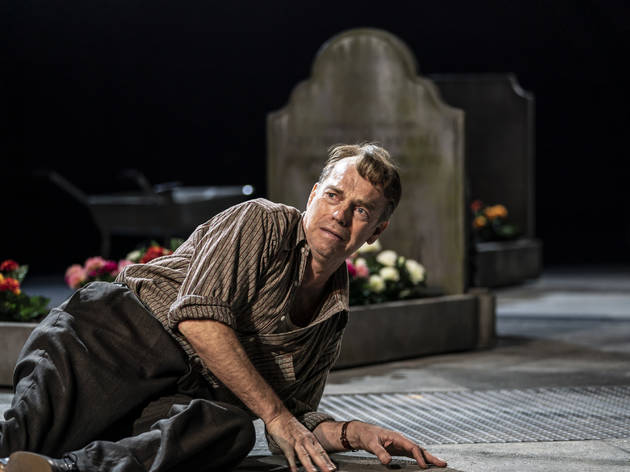 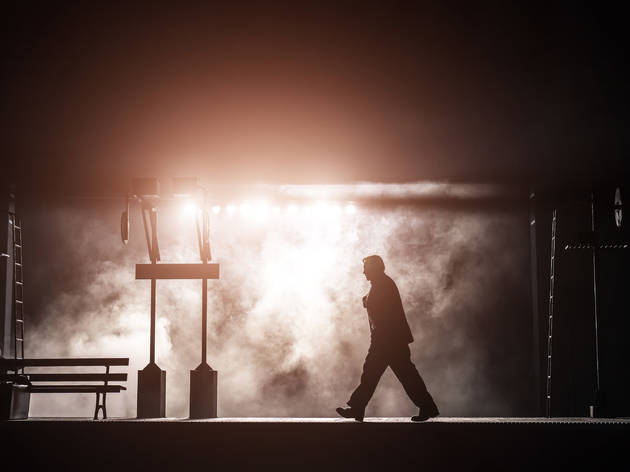 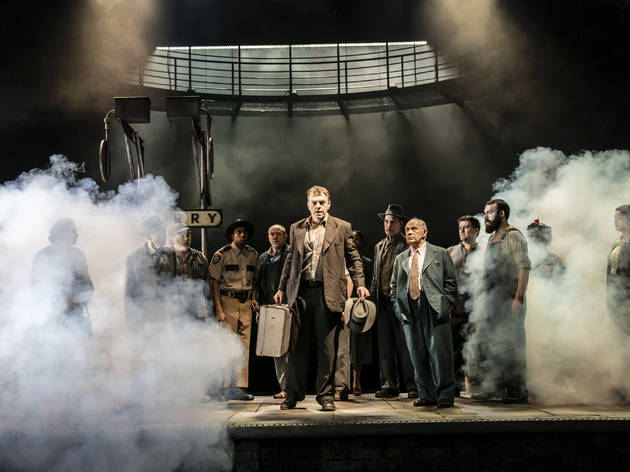 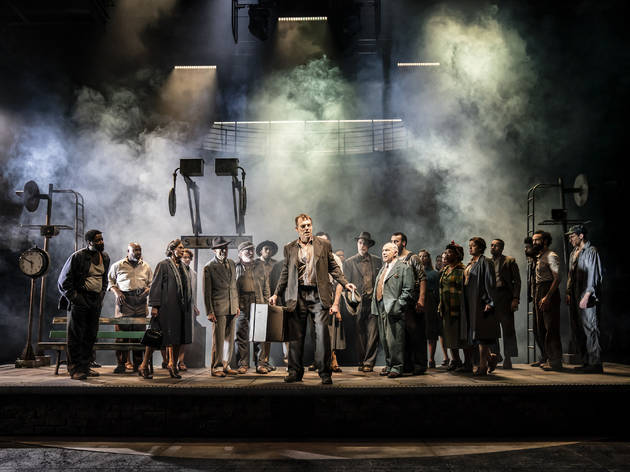 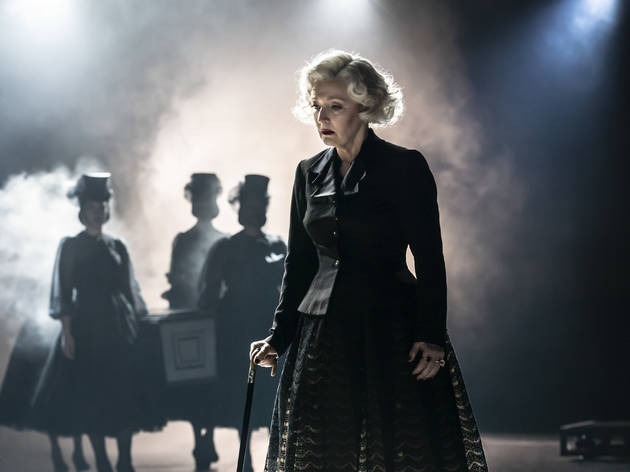 'The Visit' is postponed due to Covid-19

It is, make no mistake, absolutely wonderful to have Tony Kushner back doing plays again after a decade or so of doing diversionary stuff like writing massively successful Oscar-winning films.

It’s maybe a little infuriating that it happened to be with this play: there is enough going on in Jeremy Herrin’s luxury Olivier revival of Friedrich Dürrenmatt’s dark 1956’s satire ‘The Visit’ that having a new version from the world’s least concise playwright (the first preview was allegedly well over four hours) can sometimes feel distracting.

The main thing it’s distracting from is Lesley Manville’s performance. The Brit icon is absolutely phenomenal as Claire Zachanassian, an impossibly wealthy US businesswoman who returns to her crumbling New York state hometown of Slurry in 1955 with a modest proposal. She’ll recapitalise the town to the tune of a billion dollars – but only if the townspeople murder the childhood sweetheart who abandoned her 45 years ago, Al (Aussie star Hugo Weaving – solid, though this sort of everyman role isn’t the thing that really allows an actor to let rip).

Manville is as good as it gets: her Claire is a sort of mad mix of Anna Wintour, Donald Trump, Darth Vader (half of her body has been replaced with metal) and a belligerent five-year-old. She’s a monster. A petty, cynical half-robot chiefly motivated by a burning desire for revenge via the medium of extreme capitalism. She is also visibly still the wounded young woman who a young Al rejected when he got her pregnant and disowned her almost half a century ago.

But she’s relatively speaking not on stage that often in the ‘Angels in America’ man’s wilfully rambling play… and if ‘The Visit’ refuses to be a simple star vehicle, it also refuses to be the lethally efficient satire on capitalism that it could be if you hacked an hour or so of flab off.

In the brilliant middle act, the inhabitants of Slurry, who righteously rejected Claire’s proposal at the end of the first, are now cheerfully buying things on a credit that is clearly predicated on a sudden injection of cash coming from… somewhere. Al is understandably increasingly nervous about all of this; but his friends and neighbours simply gently chide him for being ungrateful for saving him. It’s as perfect and hilarious a demonstration of the corrosive effects of wealth on decency, humanity and democracy as you could hope for… the mental gymnastics the townsfolk slowly perform to realign their reality so that the terrible act becomes ever more acceptable.

Kushner’s language is wonderful. You won’t be bored. But his Kushner-isms ultimately get in the way of this play being as good as it could be. Almost every scene is great, but there are too many of them, and too few with Manville, and it’s full of luxuriant, digressive builds to plot points we know are coming. It takes the best part of 90 minutes for Clara to turn up and make her offer, and the build to the conclusion feels about the same.

The Olivier is famously a difficult theatre to fill. Herrin’s production absolutely does so, bursting with extras – children, a choir, supernumeraries – who are often crammed into the vertiginous catwalk on Vicki Mortimer’s steampunky set. But maybe it all goes a bit too far – trust Tony Kushner, he’s actually overstuffed the Olivier. ‘The Visit’ is like having too big a portion of a wonderful meal – and it leaves you feeling kind of torpid.