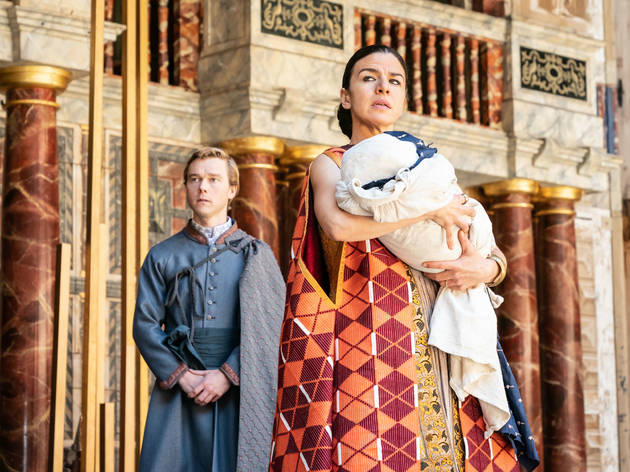 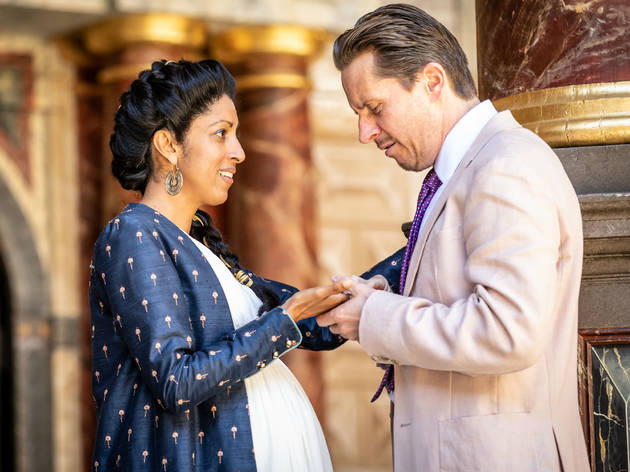 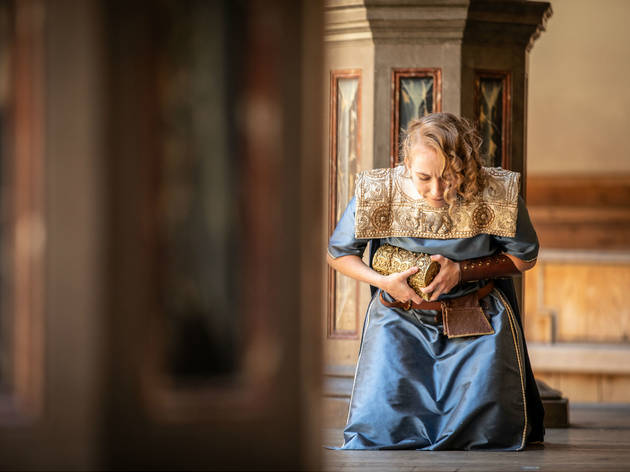 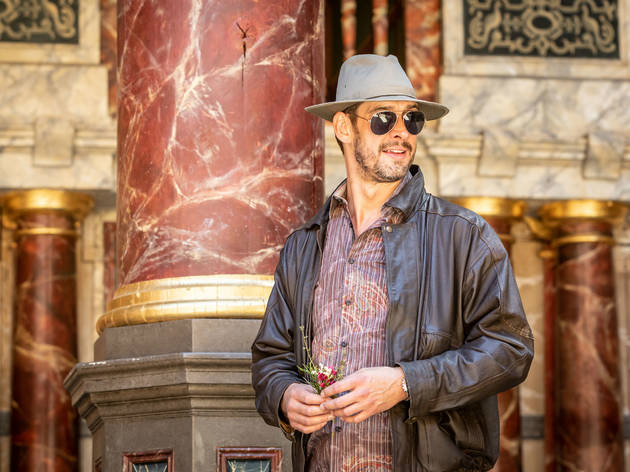 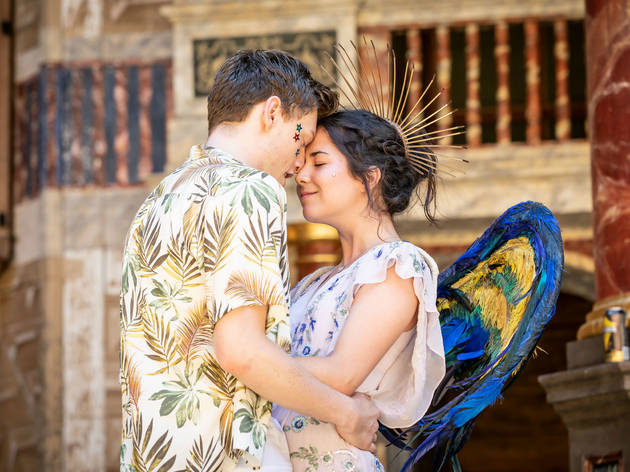 ‘A sad tale’s best for winter,’ declares the young prince Mamillius in this, one of Shakespeare’s most curious and intriguing plays.

Mamillius’s own story is about to get sadder than he can imagine: shortly, he will see his father Leontes, wrongly accuse his mother Hermione of adultery; he’ll be separated from her; and then he’ll die. But Blanche McIntyre’s tight, muscular production proves that a sad tale – albeit one also shot through with humour – can equally suit a warm summer’s night beside the Thames.

With its sudden, lurching transition from the tragic events unfolding in Sicilia at the beginning to the more comic, pastoral scenes in the Bohemia-set second half, ‘The Winter’s Tale’ can feel like two very different plays welded into one.

Director McIntyre tackles these idiosyncrasies head-on, offering us a clashing vision of twelfth-century Sicilia – flowing Grecian gowns, golden pantaloons – and a Bohemia whose inhabitants, in patterned leggings and glittery make-up, look less like shepherds and more like stray Lovebox attendees.

It’s a bold choice, and one that pays off particularly in the second half, translating some of Shakespeare’s more impenetrable comedy into contemporary terms – the rogue Autolycus (Becci Gemmell) is transformed into a festival merch-seller, flogging T-shirts and knock-off sunglasses along with ballads on seven-inch vinyl.

McIntyre’s take on the play’s famous stage direction ‘exit, pursued by a bear’ is also characteristically original, and she draws some good, naturalistic performances from her cast. Sirine Saba particularly shines as the brave, truth-telling Paulina, along with Priyanga Burford’s Hermione, proud and defiant in the face of her husband’s cruelty. The women are the moral lynchpins here, while Will Keen as Leontes is a creeping, shuddering presence, shoulders slumping under the weight of first his anger, and later his remorse.

Some cast members don’t seem entirely comfortable with Shakespeare’s verse – particularly tricksy and tongue-twisting in this late-career play – and there are a few issues around audibility and diction. But, as befits a Globe production, there are some nice moments of audience interaction, and overall McIntyre does a lovely job with a play that is, in the end, not so much a sad tale, as one that defies any straightforward interpretation.