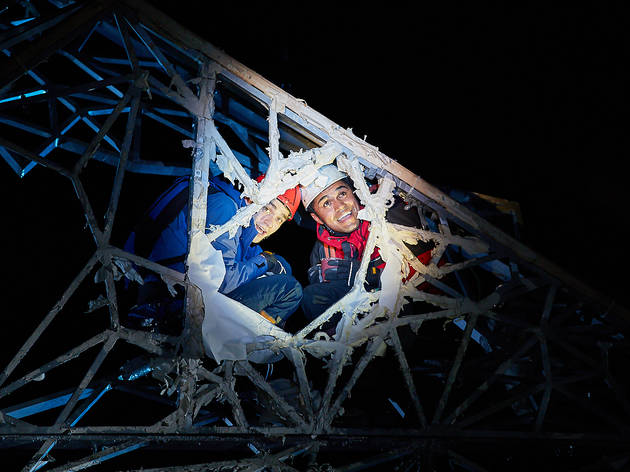 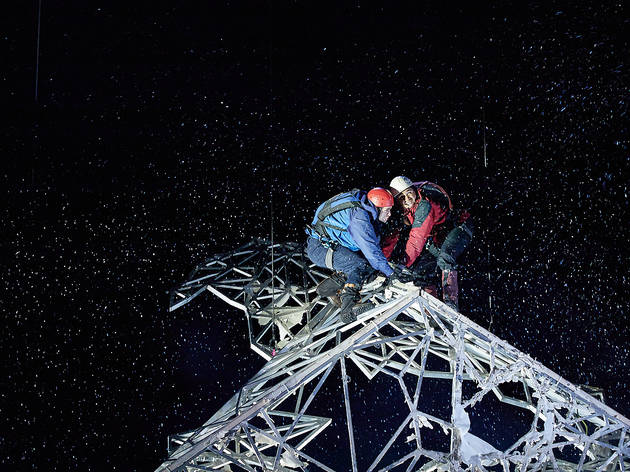 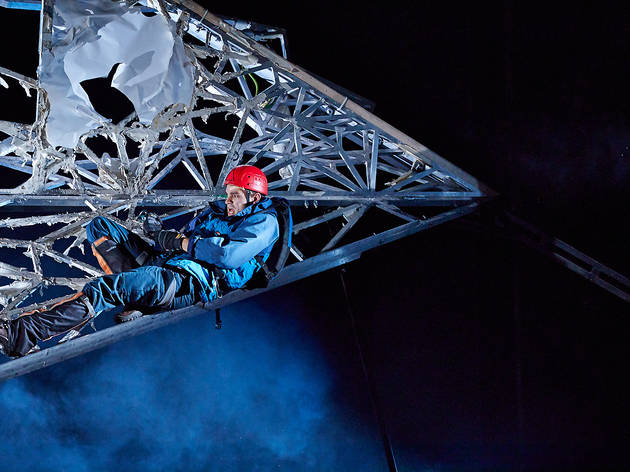 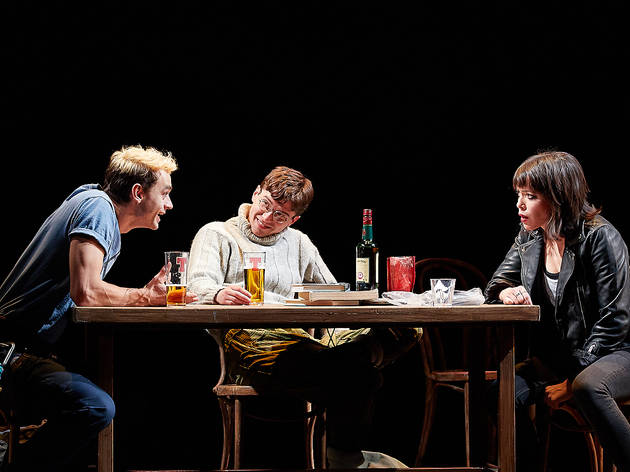 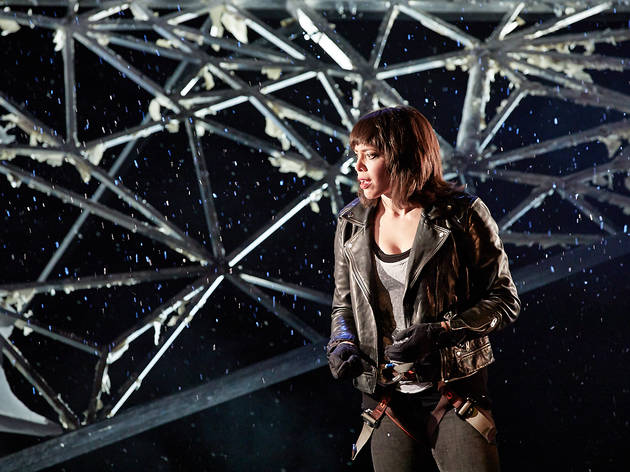 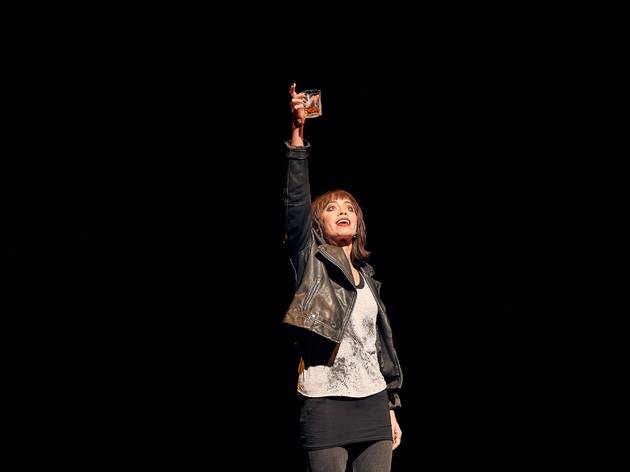 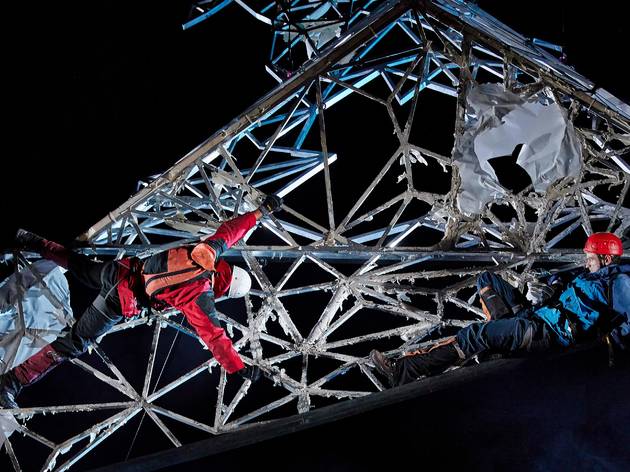 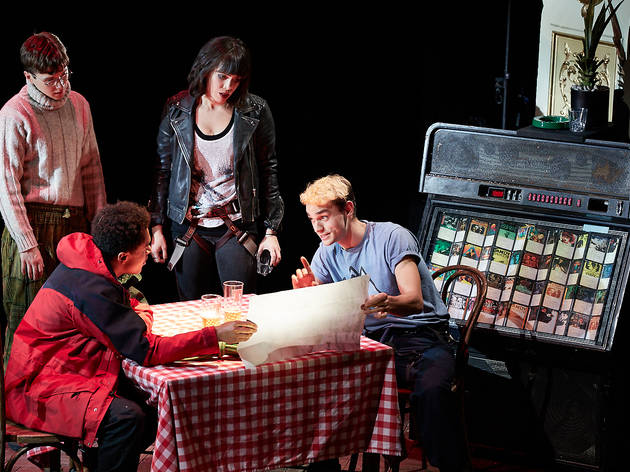 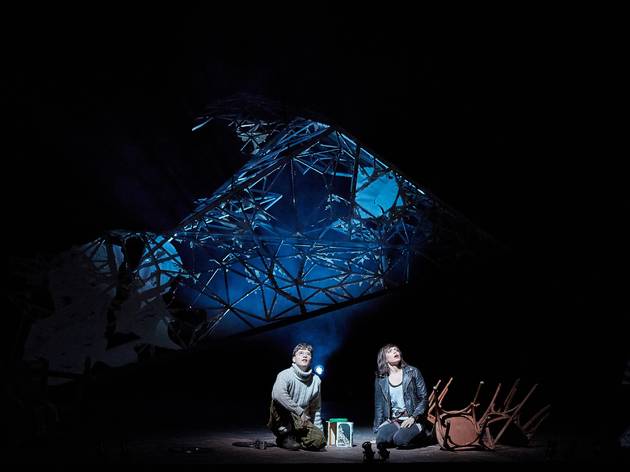 While I suppose it’s trickier to crawl down a gargantuan Andean mountain with a broken leg and no food or water than it is to write a play about the same, it’s taken more than three decades to adapt Joe Simpson’s hugely successful memoir ‘Touching the Void’ for the stage. And not without reason: how do you translate something that largely revolves around the visceral horror of a man trying to make his way down a huge mountain, utterly alone, with the certainty that he will die, into theatre, a verbal medium?

Well, playwright David Greig and director Tom Morris have found a pretty damn good answer. Although it takes a little while to work out what’s going on (so spoiler alert, I guess), Greig has largely framed his play as a sort of hallucination inside the mind of Joe, who fell while attempting to scale the 20,814-foot Siula Grande in the Peruvian Andes with his climbing partner Simon Yates in 1985.

The device lets the playwright bend reality considerably, and centralise not Joe (Josh Williams) but his sister Sarah (Fiona Hampton), who is imagined furiously trying to come to terms with her brother’s apparent death, some weeks after the event. It’s a clever move: Greig’s ‘Touching the Void’ is much less a celebration of Simpson’s manly fortitude, more the tale of Sarah’s angry, grief-stricken quest to understand what the fuck her brother was playing at (the fact that this Sarah is technically a manifestation of Joe’s subconscious is something breezed over dramaturgically – it’s a good role).

There’s also a bit of metatheatrical titting around involving the character of Richard (Patrick McNamee), a gormless backpacker whom Joe and Simon dragooned into looking after their stuff while they ascended. Some of his lines are quite sharp; the gag about him writing a memoir of the experience called ‘Avoiding the Touch’ is a nadir.
What elevates ‘Touching the Void’ from ‘well-judged’ to ‘spine-tingling’ is Morris’s exemplary staging, in cahoots with a crack creative team headed by designer Ti Green and movement director Sasha Milavic Davies.
Joe’s subconscious presents itself as the interior of a Cairngorms hiking pub; when Sarah asks Simon to explain the appeal of climbing to her, he makes her scale a vertical cliff of pub furniture that stretches up from the stage to the top box. It’s thrilling, and it’s not the half of it.
Later, when we see Joe and Simon making their ascent, they’re on a gargantuan impressionistic edifice that looks a bit like a climbing frame designed by a lunatic, impossible angles draped in ragged patches of white fabric. Presumably the actors are in no danger. But they are damn well working for their pay, crawling and climbing at angles that made me feel distinctly queasy.
That Joe survived is going to be news to almost no-one. Even if you go into this cold, his name is in big letters on the outside of the theatre. But a combination of Greig’s sly shaggy dogification of the story and Morris and co’s thrilling staging – which makes you feel your heart in your mouth for the actors as much as think about what they’re re-enacting – means ‘Touching the Void’ never feels safe or predictable. It’s white-knuckle theatre.