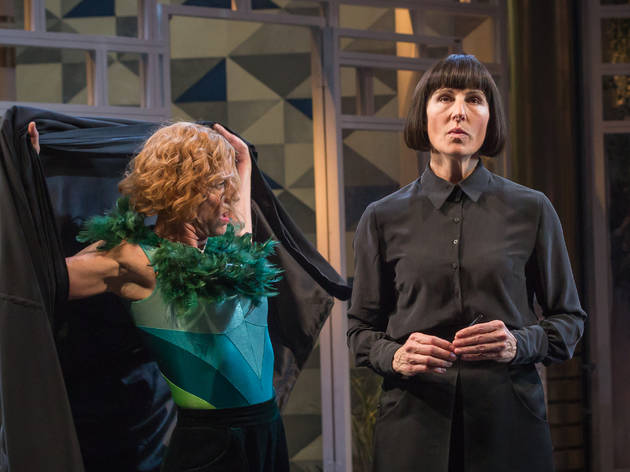 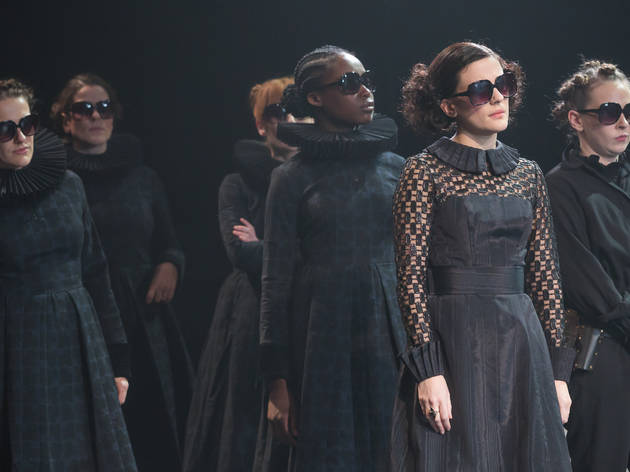 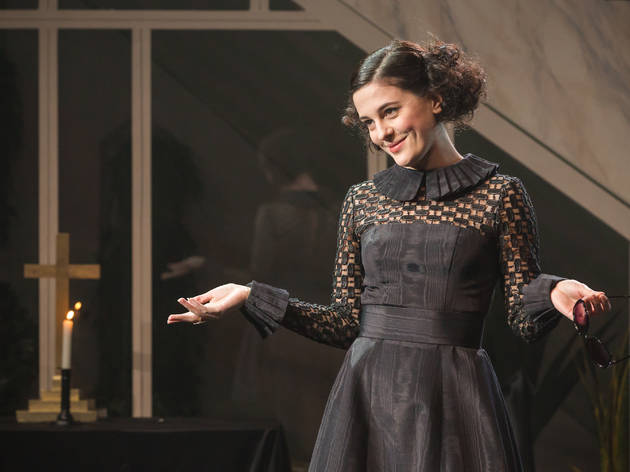 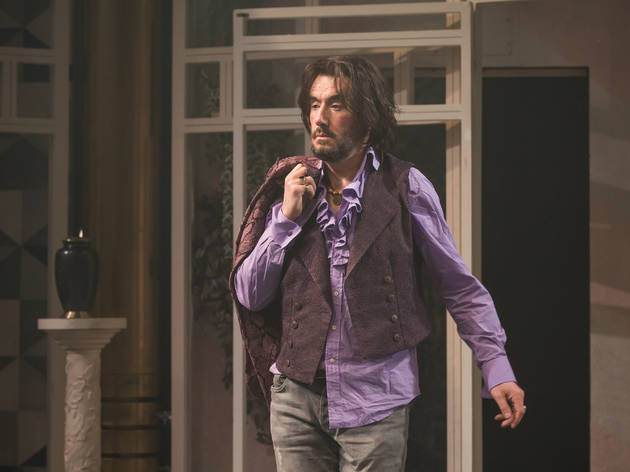 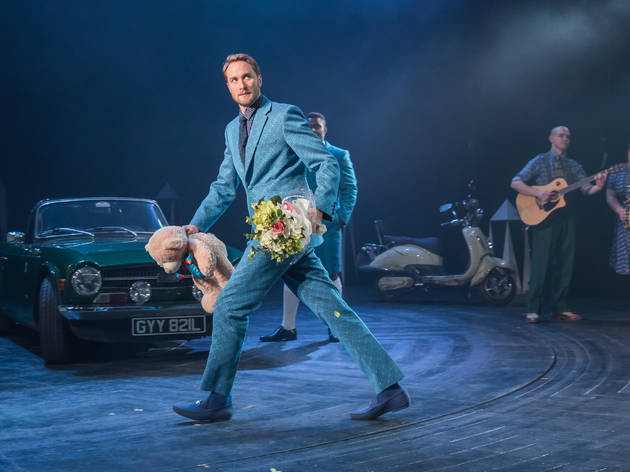 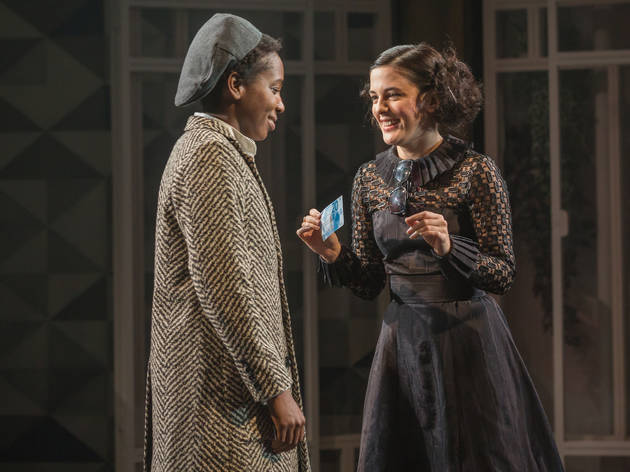 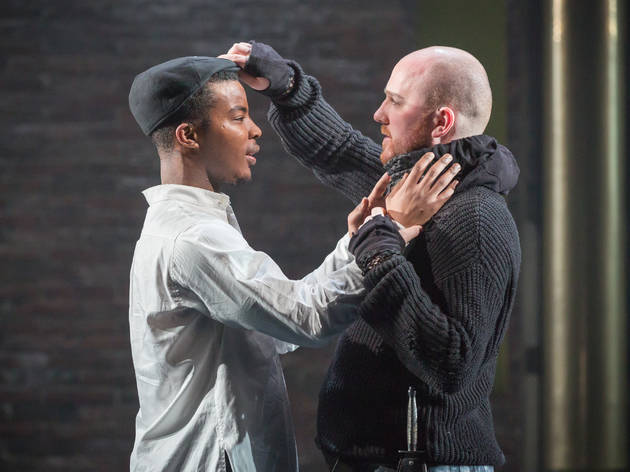 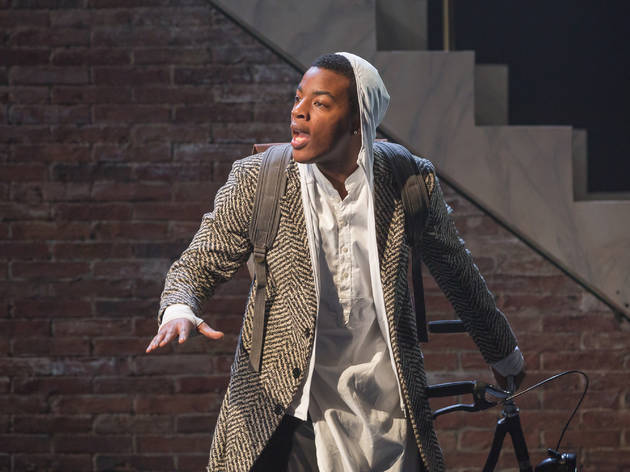 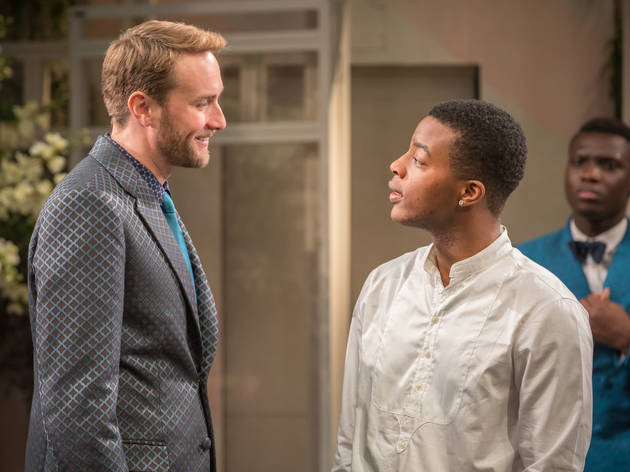 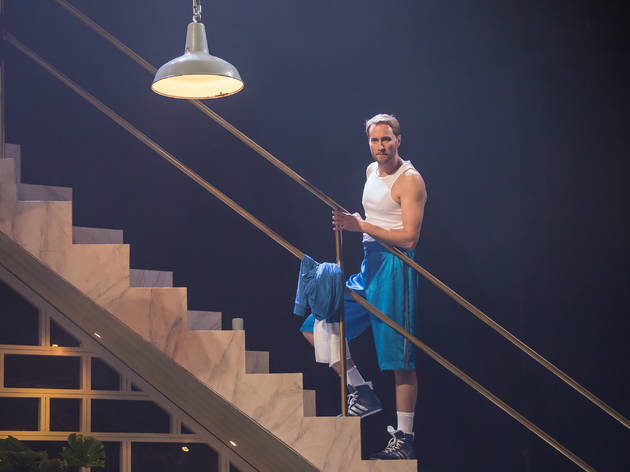 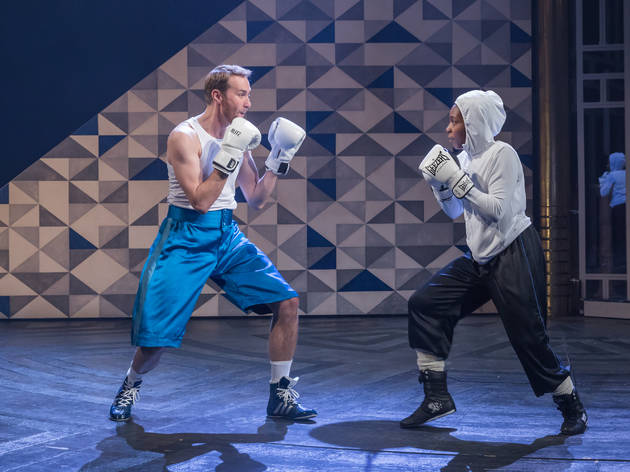 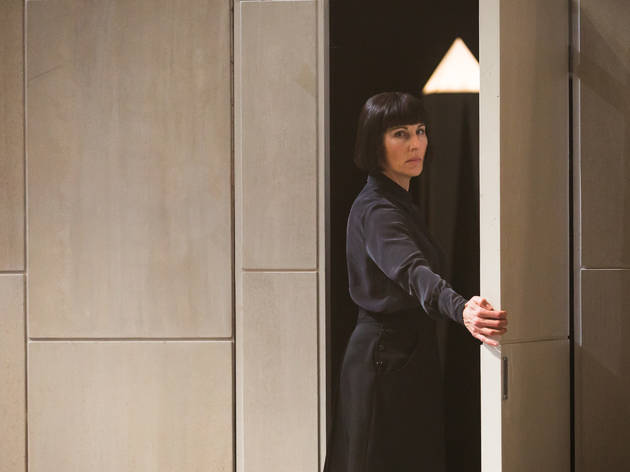 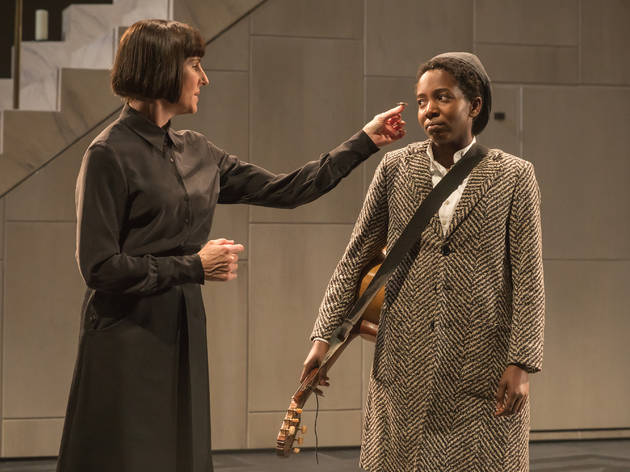 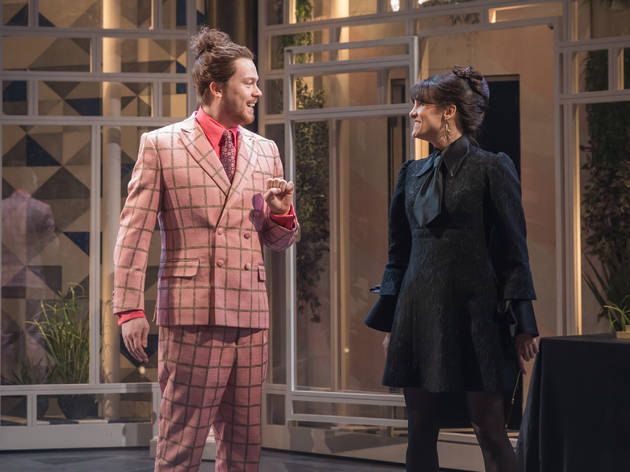 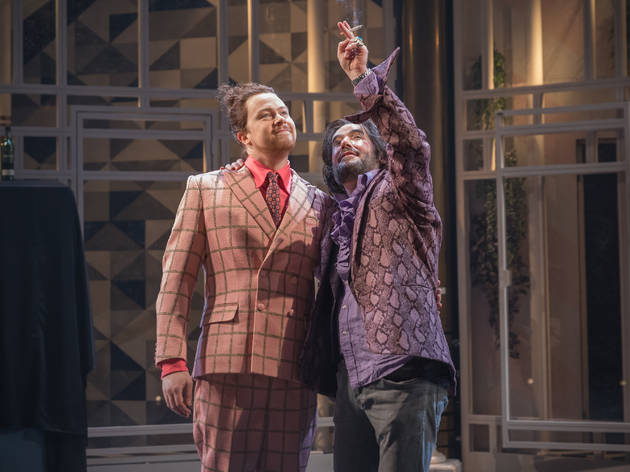 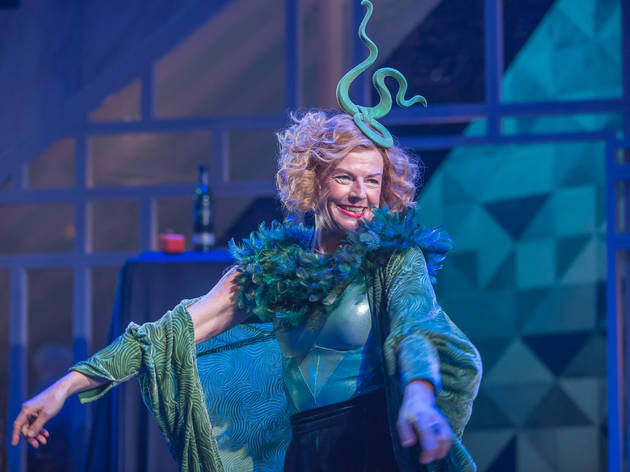 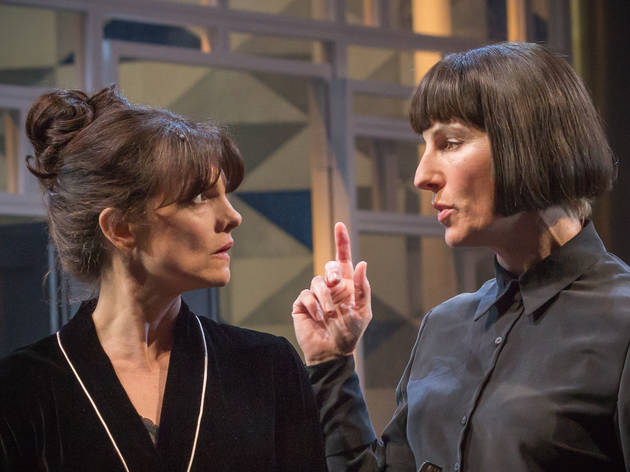 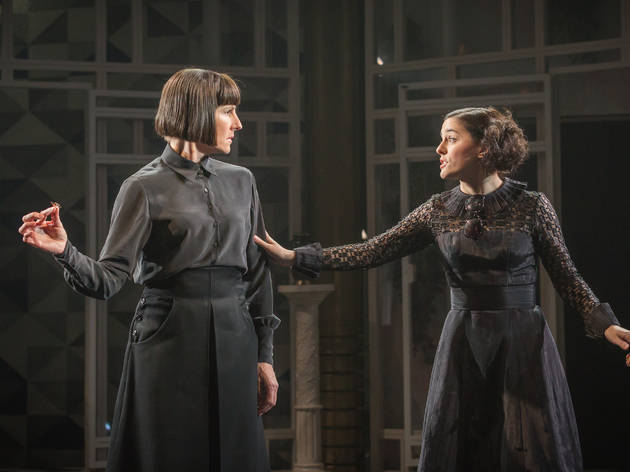 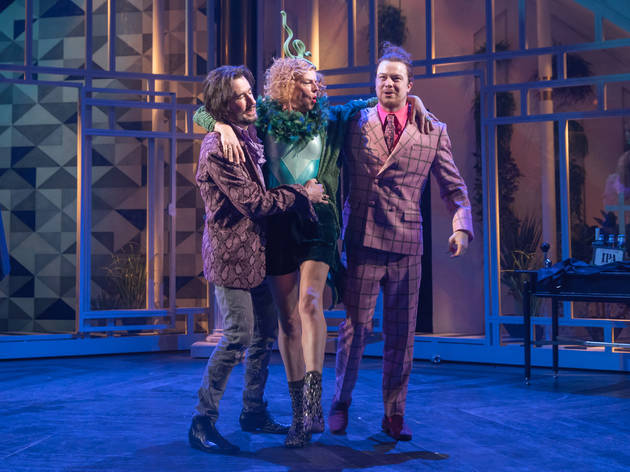 This star-studded, discreetly woke 'Twelfth Night' is masses of fun

This delicious crowd pleaser of a 'Twelfth Night' isn't the most heavyweight take you'll ever see, but if you’re looking for actual laughs then you’re in luck. Director Simon Godwin takes Shakespeare's mistaken identity comedy, spices it up with with a bit of sexual fluidity, then chucks in a bunch of great comedy character actors and leaves them to go nuts.

Tamsin Greig is the person on the posters, and she's enjoyable as a Grim Reaperish Malvolia (ie a gender reversed Malvolio) who stalks the household of her mourning mistress Olivia (Phoebe Fox) in a severe bob and foul temper. If it does feel that perhaps the elaborate wind up that leads to her thinking Olivia is in love with her possibly leaves the character on the brink of being a repressed lesbian stereotype. But the scene in which she declares her love for Olivia is so wonderfully weird, and this Illyria – the island the play is set on – seems to be so queer friendly generally, that it doesn’t ever feel like it’s laughing at her sexuality.

It’s certainly far more than the Tamsin Greig show – Godwin’s production groans with brilliant turns. Foremost is surely Daniel Rigby, who plays the foppish Sir Andrew Aguecheek as a dim witted, man-bunned hipster who stumbles confusedly through the play – frequently staring in confusion at the actual stage machinery – pretty much doing whatever he’s told to by Tim McMullan’s hilariously louche Toby Belch, who poor, sweet Andrew is clearly madly in love with (it’s strongly suggested the two have had a fling in the past). Fox is tremendously good fun as a slightly bonkers Olivia, with a thing for dancing when nobody is watching. Olivier Chris does his mad toff act as enjoyably as ever as pining prince Orsino. And if rising star Tamara Lawrance doesn’t have as juicy a comic role, she’s charismatic and loveable as Viola, the girl-dressed-as-boy who must negotiate all these weirdos as she attempts to track down her long-lost brother Sebastian (Daniel Ezra).

Toss in designer Soutra Gilmour’s sumptuous costumes and a few show offy setpieces (notably a cabaret club in which the songs are famous soliloquies from other Shakespeare plays) and in essence you have a lot of fun. It’s not the most cerebral production of a comedy that’s often treated with a lot more seriousness, and though I guess it is pretty woke, it’s not trying to make a big deal of it. Instead it’s one of those Shakespeare revivals that reminds you that with a crack cast and a lot of love, a 400-plus year-old comedy can still deliver the LOLs.