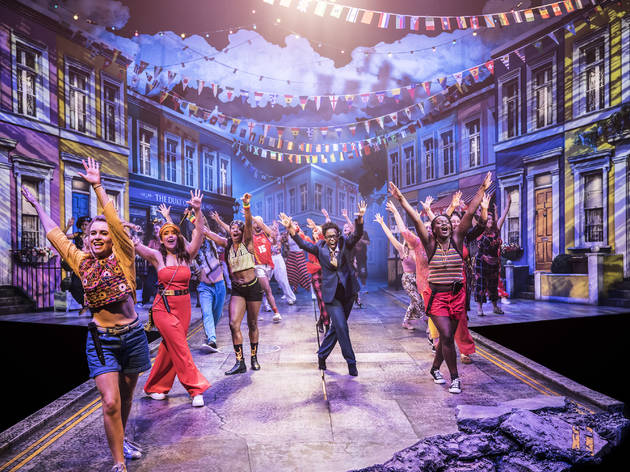 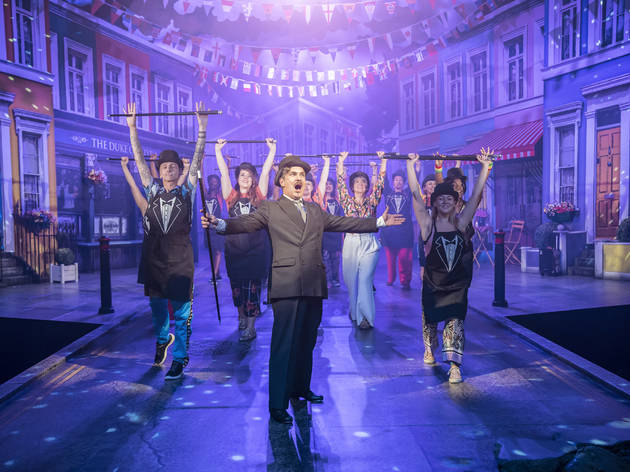 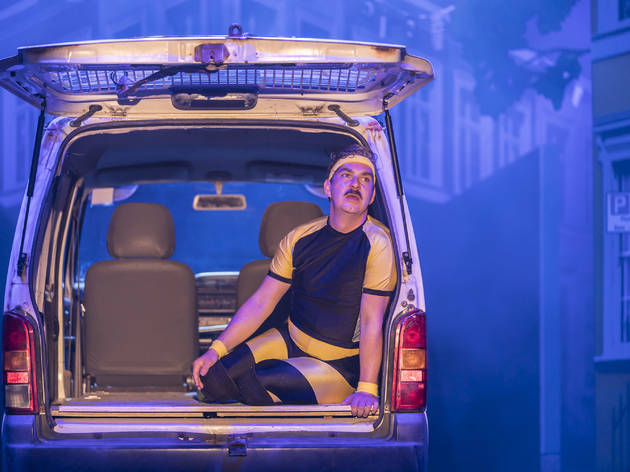 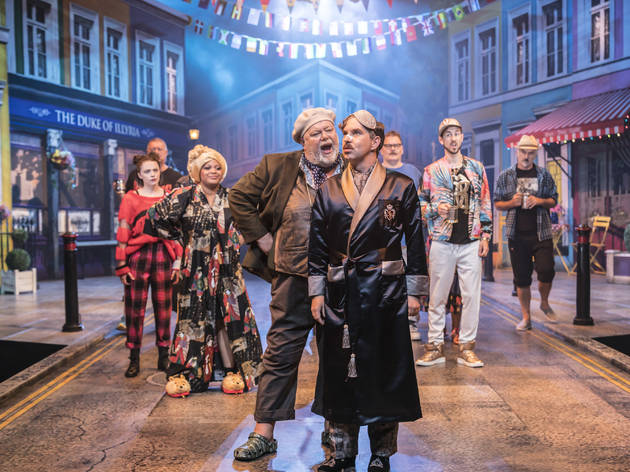 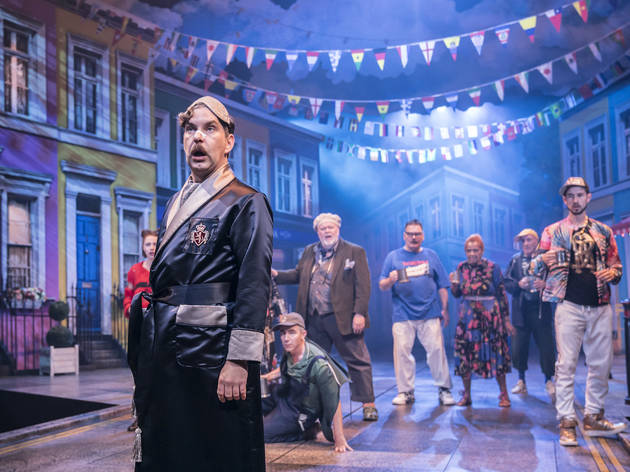 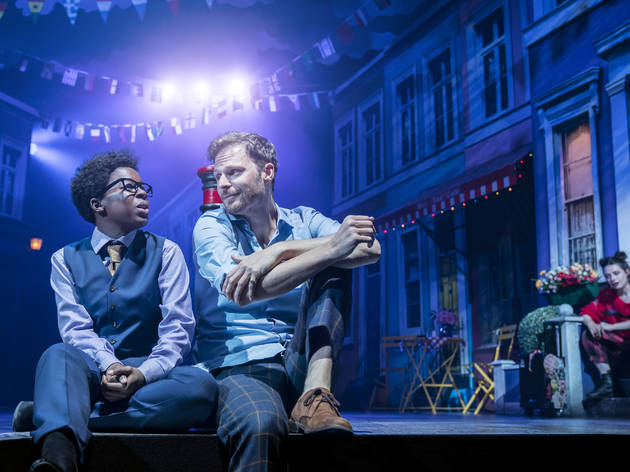 Kwame Kwei-Armah kicks off his tenure at the Young Vic with one he prepared earlier: a soufflé light but very fun musical take on William Shakespeare’s ‘Twelfth Night’, adapted by him, with songs and lyrics by Shaina Taub.

Sometimes referred to as a ‘serious’ comedy, this version is anything but as it hurtles through the mistaken identity plot at breakneck speed, cramming in the entire story – and the odd bit of original verse – into just 90 minutes.

The production, co-directed with Oskar Eustis of New York’s Public Theater, first ran in Central Park in 2016, and then again this summer, using a large community chorus. That has been replicated here. It frequently has the slightly random air of an expansive community production that’s been put indoors for some reason. But that’s okay, because the flexible Young Vic stage can take it and because it lets Kwei-Armah off the hook a bit, as a new artistic director: his first play avoids having to be a major statement of intent.

Did I mention it was a lot of fun? Hacking out swathes of text with gusto, Kwei-Armah’s adaptation takes us to a dazzlingly colourful Illyria styled like Notting Hill in carnival season (nice flat sets from Robert Jones). Gabrielle Brooks’s Viola is on stage for maybe 30 seconds before she decides to dress up as a fella in order to win a manservant job with Rupert Young’s lovelorn Duke Orsino – a decision that leads to extreme shenanigans.

It’s pacey and sunny and you’re never more than a couple of minutes from one of Taub’s songs, exuberant numbers that run the gamut from vaudeville to ’80s-style electro ballad via stomping Motown soul, and wisely avoid faux Shakespearean lyrics. And if it occasionally gives things the air of a prodigiously good school play, the community chorus is excellent at magnifying the impact of the songs, a rush of choreographic cheer and vocal firepower.

Stuff gets lost in the edit – Young‘s Orsino barely gets a look in – and I’m not convinced I’d have a totally firm handle on what was going on generally if I didn’t know already. And, by the by, I wasn’t that fond of Silas Wyatt-Barke‘s grossly culturally stereotyped Eastern European Andrew Aguecheek.

But Kwei-Armah and Eustis know what to focus on to make the night pop, and that is Gerard Carey’s superb Malvolio. Part-Basil Fawlty, part-King George from ‘Hamilton’, part-panto villain, his moustachioed snob is an absolute hoot, powered by camp music hall-style numbers, a hoverboard, and an outrageous one-piece spandex jogging outfit. Where the rest of the cast are talented and likeable but offer pretty generic – albeit pleasingly peppy – versions of their characters. It’s only Carey who feels like a genuine ‘take’, a solid gold attention-grabber, who the directors are happy to build the rest of the production around.

There is a tremendous amount of goodwill out there for Kwei-Armah and this joyous musical almost feels like a manifestation of that – a living firework celebrating the homecoming of Britain’s most prominent black artistic director. There is harder stuff programmed for later in the season. For now, let’s party.