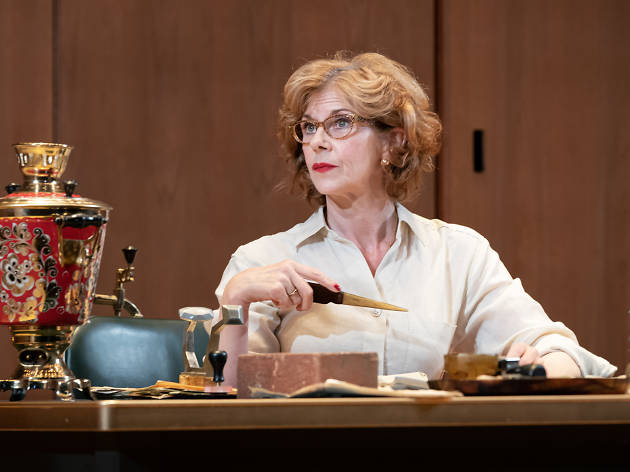 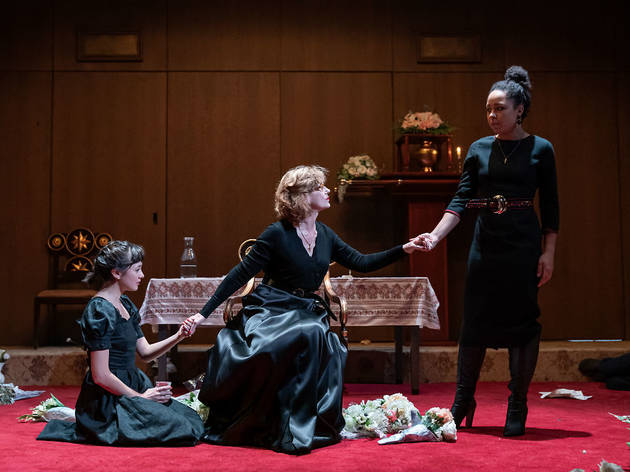 2/5
Photo: Marc Brenner'Vassa' at the Almeida 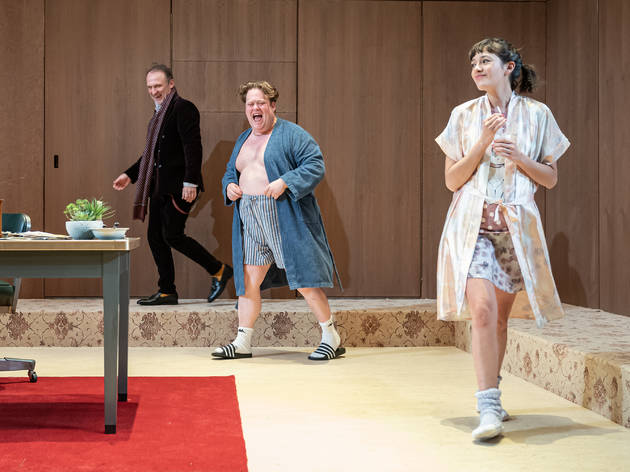 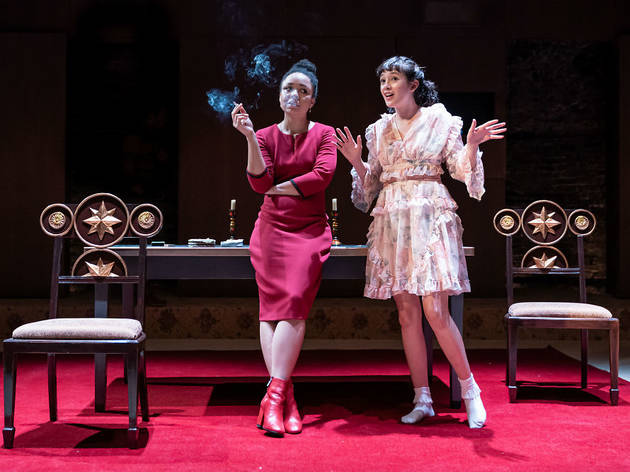 4/5
Photo: Marc Brenner'Vassa' at the Almeida 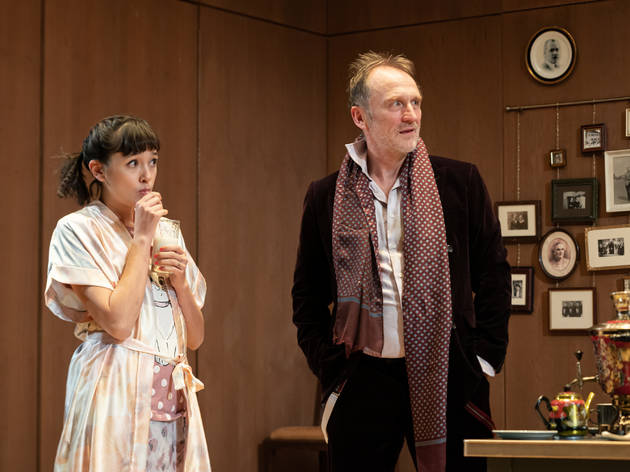 Until you realise that ‘Vassa’ is basically one big arrow pointing to the ills of Russian capitalism, nothing about it makes much sense. Adapted by Mike Bartlett, Maxim Gorky’s 1910 play is ridiculously, almost impossibly, nasty – presided over by a matriarch who has a stranglehold on her family in the most literal sense. In the title role (after Samantha Bond withdrew following injury), Siobhan Redmond squeezes her errant daughter-in-law until her eyes pop, desperate to preserve their wealthy family’s all-important reputation.

Redmond spends the first act sitting majestically behind a desk as various hapless members of her clan report to her for duty and casual abuse. She’s compellingly icy, and Tinuke Craig’s production gives her a cast of nicely drawn caricatures to play against. Like her business manager Mikhail (Cyril Nri), who makes her baby-murdering schemes a reality; in return, he attempts to place a hand on her shoulder, then recoils as if he’s touched a ghost. Her daughter Anna (Amber James) is the only one who’ll stand up to her; together, they try to rescue the family’s clay factory as its patriarch lies wheezing to death in the next room.

Bartlett’s adaptation is very, very funny, and its nihilist jokes are underscored by Craig’s uproarious staging. Characters burst in and out of five doors on stage, in classic farce style, but they’re allowed moments of subtlety too. Long-suffering Natalya (Kayla Meikle) signals her discontent by always holding Vassa’s gaze for a moment too long, while servant Lipa (Alexandra Dowling) trembles like a leaf caught in a spider’s web.

Craig’s production wittily bookends each instalment of upper-class cruelty with pompous classical music. Fly Davis’s design is all laminate surfaces and extravagant flowers; only the obligatory tea-dispensing samovar suggests we’re in Russia. The message is that it’s money that corrupts, not the specifics of cultural context.

But paradoxically, when ‘Vassa’ starts operating less like a farce and more like a political tragedy, its impact falters. Vassa is basically omnipotent within this narrative, and the impossibility of any of her family wresting power from her makes it increasingly unsatisfying. Her transformation into a guilt-ridden tragic figure comes too late, and feels hollow; she’s less of a Medea, more a psychopathic middle manager.

The 1983 Soviet film ‘Vassa’ ends in revolution. It feels like there’s something similarly biting, similarly political missing from this play’s weak ending. With so little that nods to Russia’s twentieth-century history, it’s hard to believe a dynasty this ruthless would ever crumble.