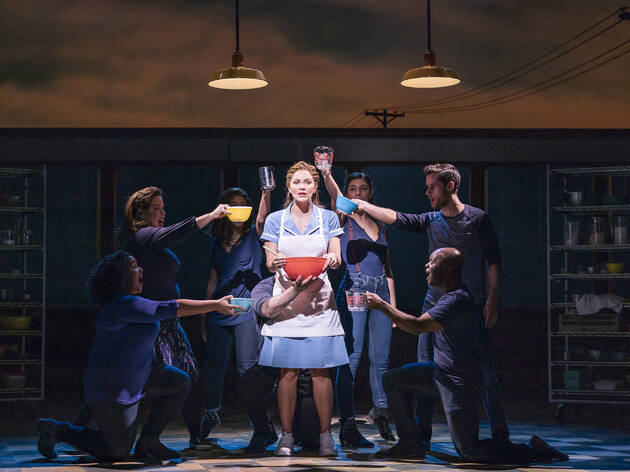 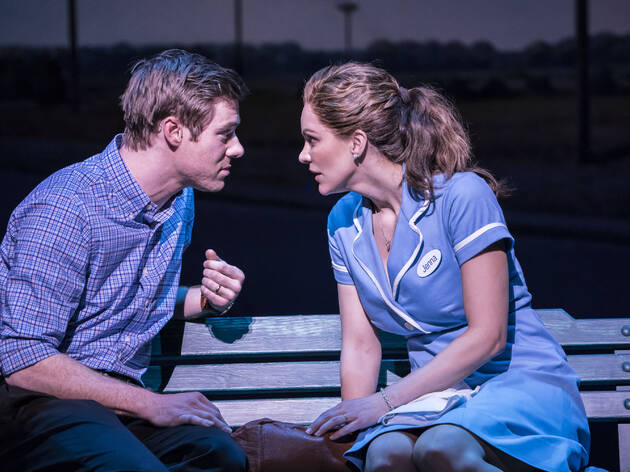 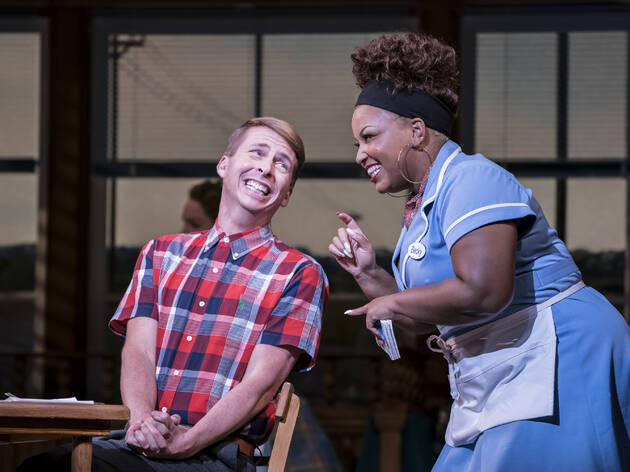 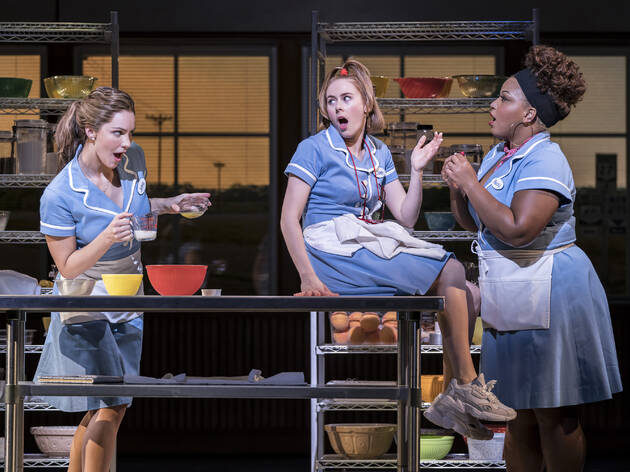 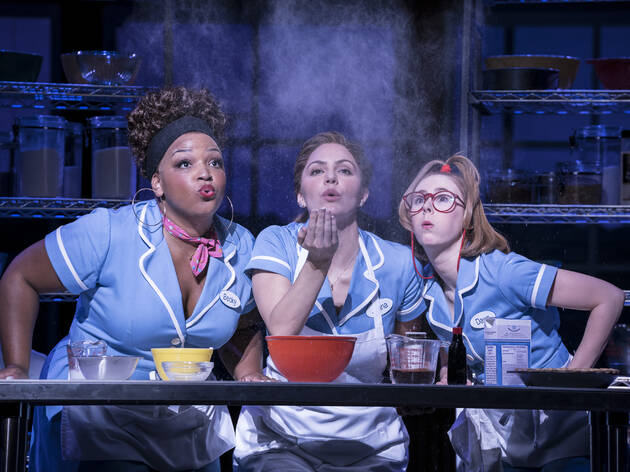 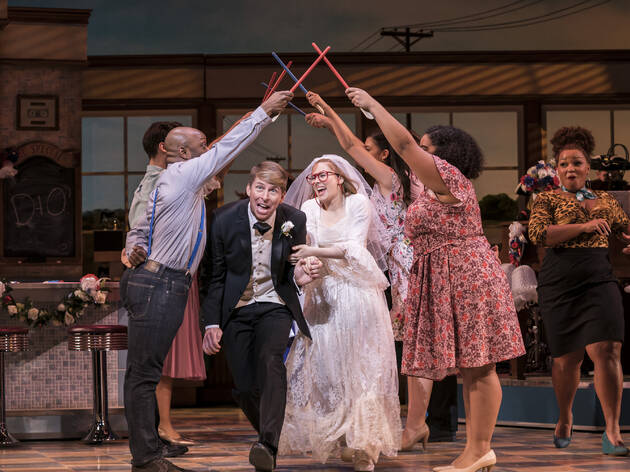 This pie-tastic Broadway smash is big hearted but half-baked

Sara Bareilles and Gavin Creel will star as Jenna and Dr Pomatter for eight weeks only, until March 21 2020.

Lucie Jones and David Hunter are currently playing the roles, and will return to them from March 9. This review is from June 2019, of the original West End cast.

The specials board in the diner in ‘Waitress’ advertises a bacon and blueberry pie.

Most of the pies in Diane Paulus’s Broadway-conquering show are allegorical: their lurid lists of ingredients are flights of fancy in the mind of Katharine McPhee’s titular heroine Jenna, a pie-making prodigy who dreams of escaping her abusive marriage.

However, as far as I can tell, the show is serious about the bacon and blueberry one. Bacon. Blueberry. Individually these are reasonable things, but with apologies to American readers, I cannot conceive why anybody in their right mind would even put them on the same level of the fridge, let alone lock them inside a pastry crust.

Similarly, ‘Waitress’ is made from the very finest ingredients, but often they don’t actually feel like ingredients that should have been put together.

Adapted from Adrienne Shelly’s cult 2007 indie flick of the same name, ‘Waitress’ is a moving musical full of flawed, morally compromised characters of the sort you so rarely get in this type of glossy Broadway show. Everyone, on some level, lets us or themselves down: indeed, the big showstopper, ‘She Used to Be Mine’ – delivered with exquisitely controlled sorrow by McPhee – is Jenna’s bitter ode to her disappointment in herself.

There are no heroes here: not Jenna, not her hunky gynaecologist love interest Dr Pomatter (David Hunter), not her workmate and best friend Becky (Marisha Wallace), who is carer to an ailing, unseen husband. They are likable people, but genuinely flawed, and they never really redeem themselves – we simply have to forgive them if we are to enjoy the show, which feels quietly bold.

But put it all together and... it’s weird. A bittersweet drama about human frailty that’s also a wildly OTT sex comedy. Maybe the serious and silly ‘Waitress’ could exist side by side, but it’s when they overlap that it blows a fuse. This most especially goes for the character of Jenna’s abusive husband, Earl. He’s played with some conviction by Peter Hannah, but what he’s actually required to do varies – at some points he’s just a swaggering light-relief dickhead, at others he’s a genuinely frightening abuser. If you’re taking ‘Waitress’ seriously, the resolution of his plotline is so casual as to verge on irresponsible.

It’s still a classy show, though. McPhee gives a beautifully weary performance, setting the tone for a mostly British cast that treats the serious bits seriously and goes balls-to-the-wall on the daft stuff. Sara Bareilles’s country-rock-ish songs are funny, literate and enjoyable, with one stone-cold banger in ‘She Used to be Mine’. And Paulus really shows us why they pay her the big bucks: she keeps everything moving with a slick dynamism that frequently belies the changes in set, scene and tone. There’s really a lot to like; I just struggled to like all of it all at once.