‘Welcome to the UK’ review 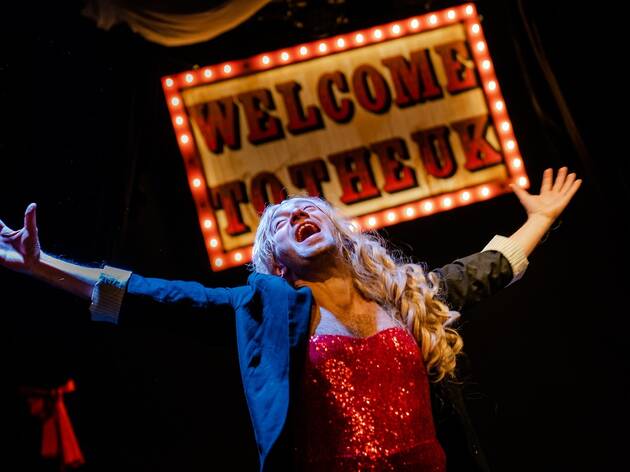 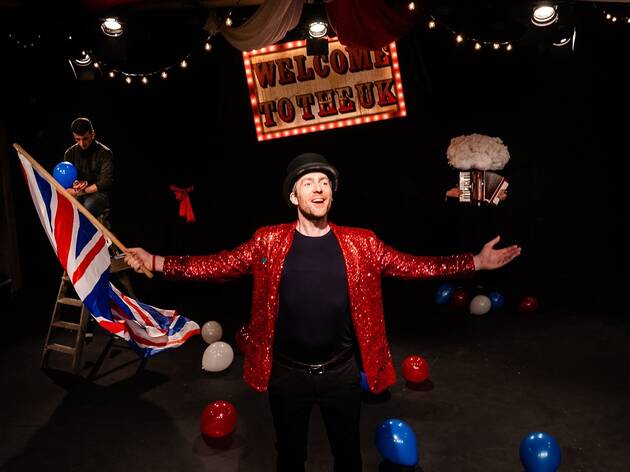 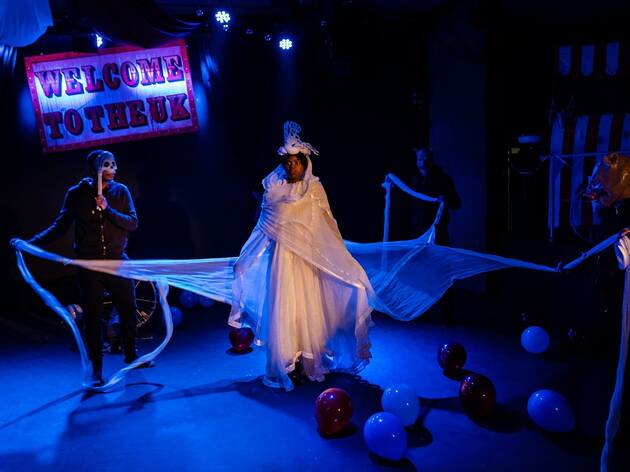 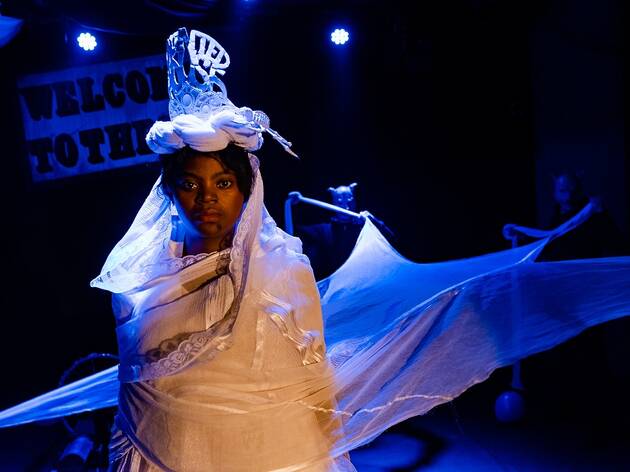 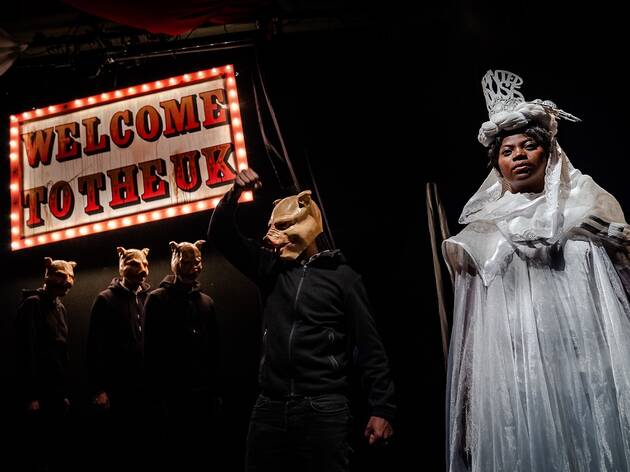 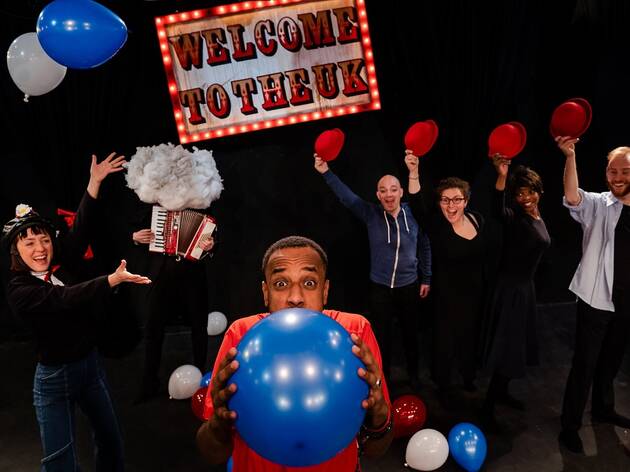 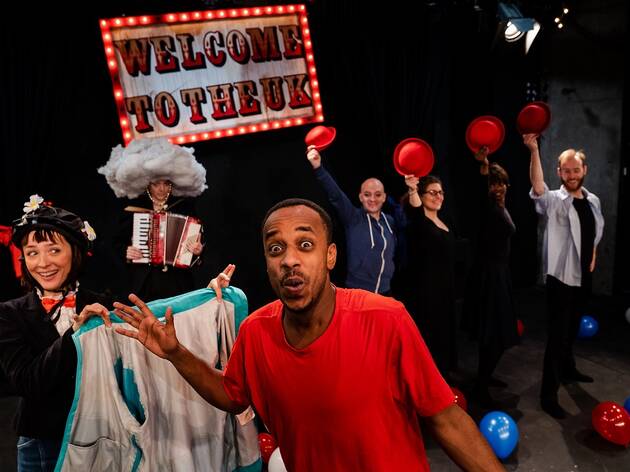 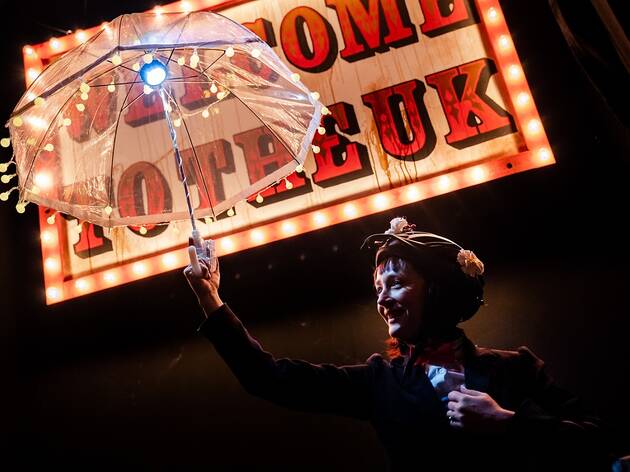 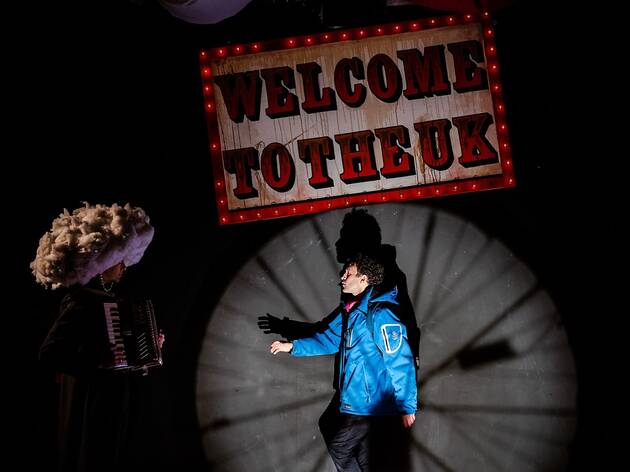 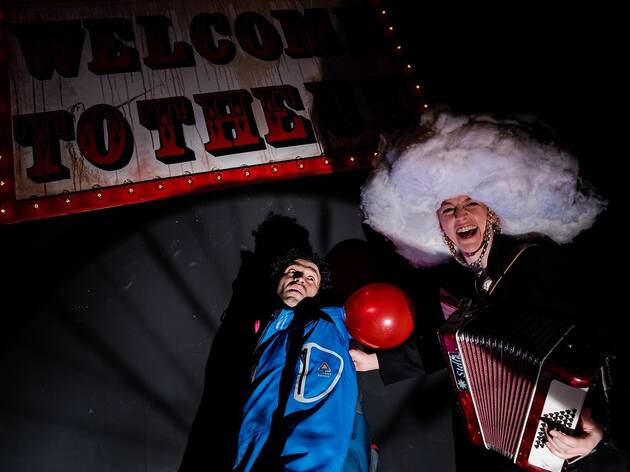 Britain’s ‘hostile environment’ is reimagined as a funfair in this powerful satire made by refugees.

To call a show ‘heart-warming’ can sound a little trite, a bit twee, but it really is the best description for ‘Welcome to the UK’. It’s made by Borderline, a theatre group featuring refugees from 13 countries. It offers snippets of the performers’ own stories, within a loose framework where Britain’s ‘hostile environment’ is recast as a wild funfair.

It’s reminiscent of ‘Oh What a Lovely War’ in the way it uses upbeat but satirical skits and songs to reveal political horrors – in this case, our deliberately obtuse bureaucracy and the Britain-first rhetoric of our politicians. Roll up, roll up – attractions include: the emotional rollercoaster that is applying for refugee status; the haunted house of a brothel that a young bride is forced into; a game of Home Office lottery in which claims are granted or tossed according to luck of the draw. Theresa May is recast as an accordion-playing ringmaster; an asylum assessment interviewer is played as an eccentric gypsy fortune-teller.

Devised by the company with director Sophie NL Besse, none of this is exactly polished. The narrative and staging are often scrappy while the pacing is off; there are occasionally clunky changes of tone. But what it lacks in rigour, it makes up for with vigour. ‘Welcome to the UK’ overflows with energy and enthusiasm, fired by committed, generous performances. It’s never dour or worthy either, but instead proves properly funny – both witty and just extremely silly.

Although it’s obviously an ensemble show, a few performances stand out. Mohand Hasb Alrsol Badr, as a refugee who dreams of being a Shakespearean actor, is as buoyant as a bouncy ball. Debby Kareem, as the bride who is enslaved on arrival, gives a beautifully poised performance that has a gentle gravitas. She spends most of the show tied up by the train of her wedding dress, and Abdulrahman Salama is stuck up a ladder throughout, waiting hopelessly for his family to join him in the UK; together they form a still, sad counterpoint to the harum-scarum jollity around them.