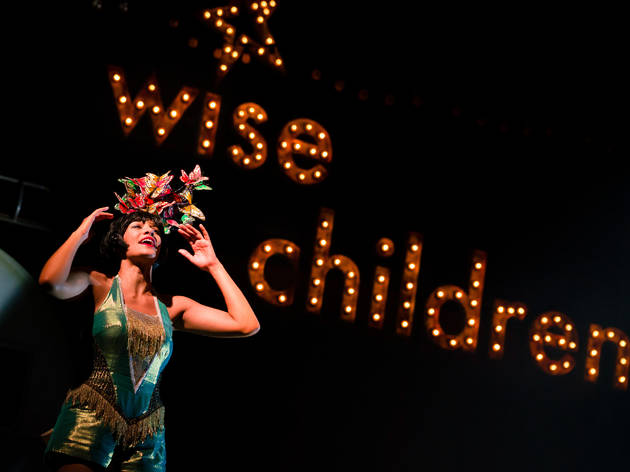 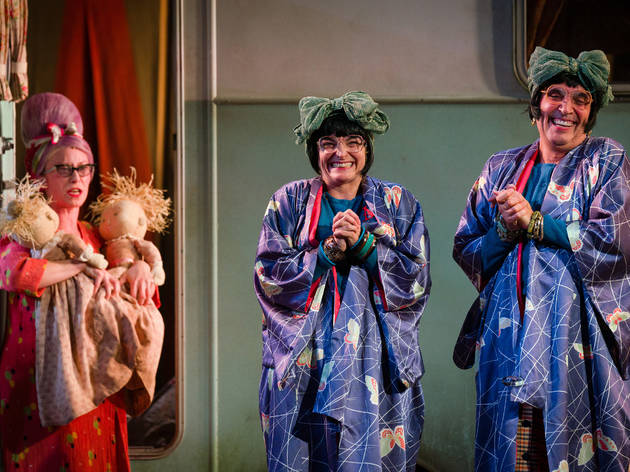 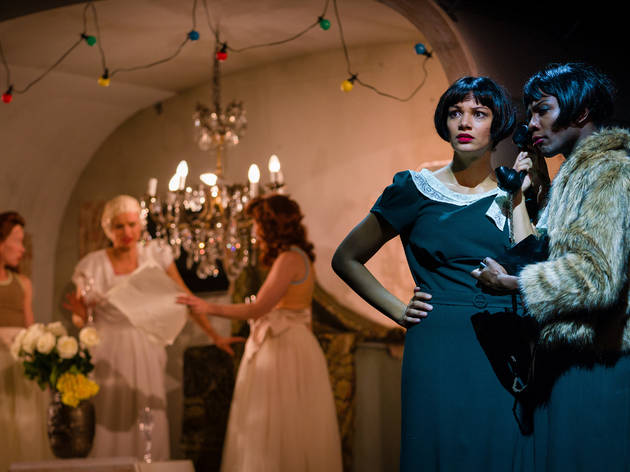 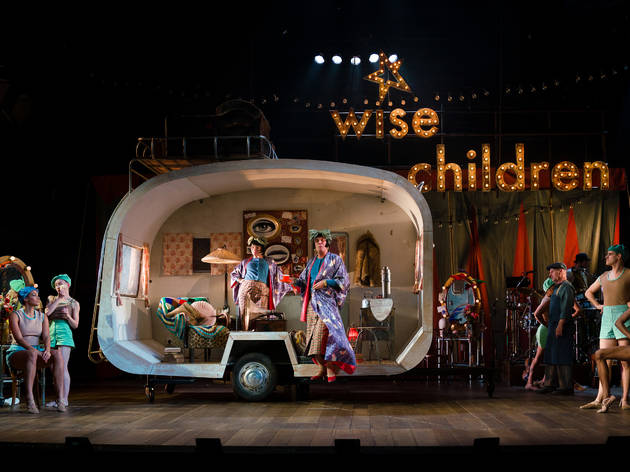 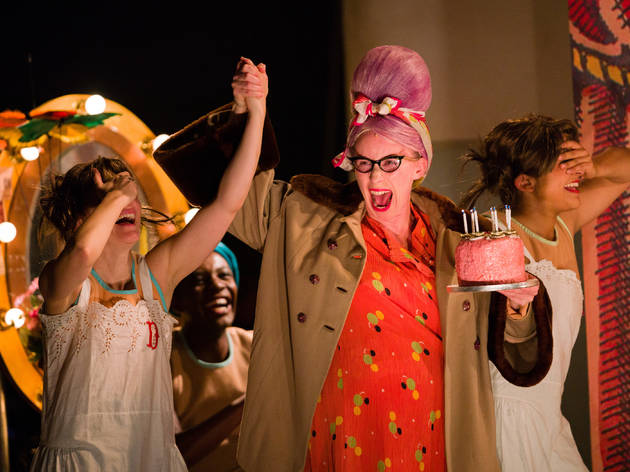 Emma Rice’s first new show since being ousted from the Globe is not a dramatic departure. And why should it be?

‘Wise Children’ is the second Angela Carter novel she’s adapted (following ‘Nights at the Circus’, with her old company Kneehigh). The cast and creatives are dotted with familiar names, notably Kneehigh founder Mike Shepherd. And the Rice style – a sort of wild, knowing, joyous descendant of vaudeville – is very much in evidence.

She is an auteur, and it’s great to be back on Planet Rice as we’re introduced to gleefully fourth wall-breaking septuagenarians Dora and Nora Chance, who proceed to offer a potted history of their extremely complicated family.

Part of what makes ‘Wise Children’ (the book) a good fit for the stage is that there’s so much of it. ‘Wise Children’ (the play) is a gleefully breakneck night of storytelling that relishes in the many lurid details of the extremely complex story of intertwined Chance and Hazard clans. Bits have been cut, but the show revels in the epicness of the tale. LOADS of stuff happens, at a great giddy clip, as we journey from twin brothers Melchior and Peregrine Hazard’s fraught conception in the late Victorian era, on through the twentieth century and up until 1989 and Melchior’s hundredth birthday.

Full of bonking and bawdy and wilful staginess, Rice’s adaptation careens forwards on sheer brio, with the Chances played by one set of puppets and three pairs of actors – most notably, at their dancing peak, by Melissa James and Omari Douglas – whose genders and ethnicities switch at each turn.

There is an absolutely sensational turn from another Rice regular, Katy Owen, as the foul-mouthed, nudity-happy Grandma Chance, who raises the girls after their father, Melchior, abandons them. But her snarling remove from the entertainment world is the exception here, not the rule. Carter and Rice portray theatre as a feverish, thrilling disease of the blood – a pathological need for the stage animates these people’s bodies and desires, even as it subtly corrodes their souls.

The air of crazed exuberance is finally ditched in the climactic, Lynchian, party scene, in which the cost of this wild life is finally rammed home with a force that (as I recall) goes beyond the book. Carter contrives a happy ending – but it’s deliberately double-edged, a suggestion that this will never end. Which is glorious, in its way, but in the Old Vic of all places it’s impossible to forget the darkness that lurks beneath the smell of the greasepaint and the roar of the crowd.

It’s a bit galling to think what a good fit the wilfully Shakespearean plot of ‘Wise Children’ would have been at Rice’s old address, where it was originally intended to run. But it’s here, and it is good, and maybe this is the last time we need to mention the Globe in connection with Rice. ‘What a joy it is to dance and sing,’ say Carter’s characters, repeatedly, and for all the bumps along the way, maybe that’s all there is to it.