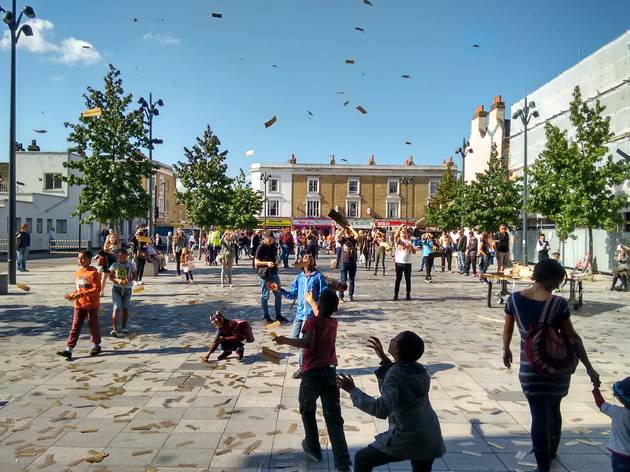 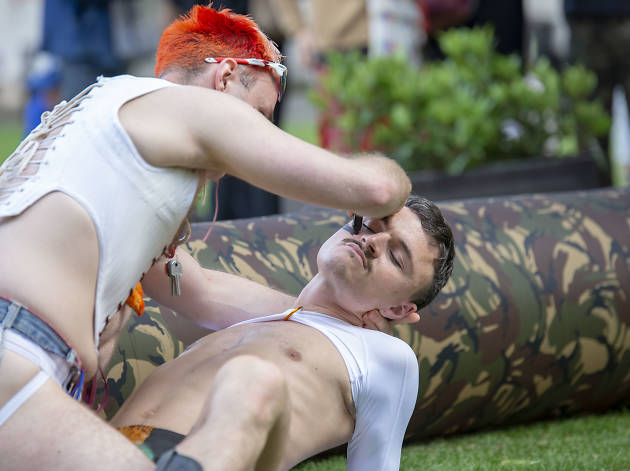 2/3
Photograph: Gray Wielebinski, A Dog Pees On Things For More Than One Reason, 2018, courtesy the artist 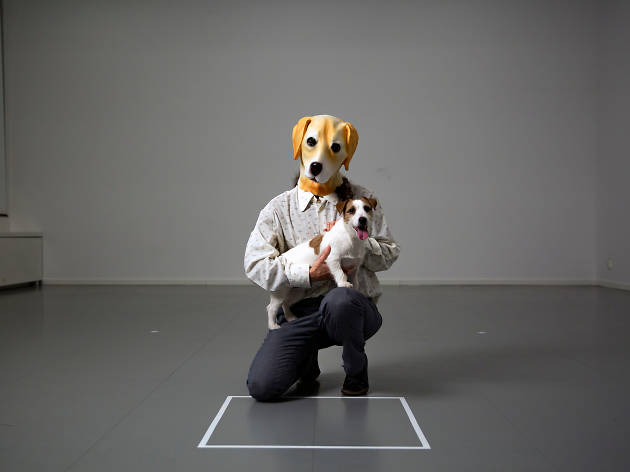 For this year’s Deptford X, a contemporary visual art festival, its organisers want things to ‘Stop Making Sense’. These three words embody its official theme, borrowed from the title of a 1984 concert film by Talking Heads (the one where David Byrne wears the big cartoon business suit). The idea is to embrace the surreal and playful, a clever move, since there are so many batshit-sounding things planned.

Fringe art events will leave almost no part of Deptford untouched. A performance about psychoanalyst Melanie Klein will be held in the toilets of the Deptford Lounge. A painting installation will take over the window of Hairdome hairdressers. Part of the Job Centre pub will become ‘London’s smallest gay bar’. The lights of Albury Street have been programmed to ‘misbehave’. Even the napkins at Pho Hanoi Vietnamese restaurant will be turned into tiny artworks.

There are plans for the area’s gallery spaces too, like a photo show on  ‘fake Morley’s’ – the fried chicken shops that imitate the south London-born chicken chain – at the Gareth Gardner Gallery.

One of the main ‘curated’ projects is an installation performance by American artist Gray Wielebinski that promises to conjure a non-binary utopian hinterland around the sides of the pool at Wavelengths Leisure Centre.

The closing event is ‘The Parade of Friendly Monsters’, a monstrous public carnival procession. Deptford X’s run takes us right through the planned date for Brexit and out the other side to who knows what. The parade’s call for participants says it all: ‘In times like this, the monsters come to guide us through the change’.