The contents of our bins might not keep us all up at night, but London’s recycling is the stuff of hippy nightmares. According to Defra, only 33 percent of London’s household litter is recycled and we send 1 million tons of rubbish to landfill per year. With the sites accepting our trash under growing pressure, Sadiq Khan has pledged to send no biodegradable or recyclable waste to landfill by 2026. And there’s a growing movement of reusable-coffee-cup-swigging environmentalists on a mission to make us a zero-waste city. London’s first zero-waste Christmas market takes place at Hoxton Arches on December 8 and bulkbuy shops are opening up across town. Here’s how you can do your bit to zero in on household waste. 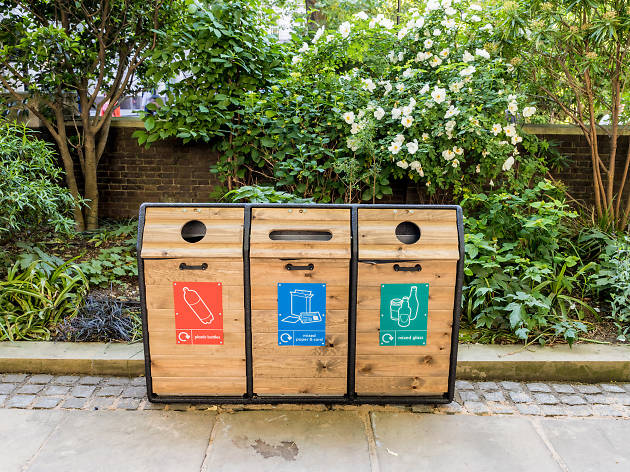 Plastic film and a taxidermy crocodile are just a couple of the non-recyclable items fished off a conveyor belt at Southwark’s Integrated Waste Management Facility, one of the better-performing recycling centres in inner London. ‘Recycling is all about trying to get down to one material,’ says Richard Kirkman, Veolia’s chief technology and innovation officer. ‘So things like snappy yoghurt pots and crisp packets are frustrating for us because they are made up of multiple, hard-to-separate layers.’ The facility processes 1,000 tons of waste a day, sending just 2 per cent to landfill. Stuff that can’t be recycled is burnt for energy to heat 2,600 homes in the borough. In fact, more than half of London’s waste is burnt for energy. While preferable to burying, it’s not the low-carbon solution we need to combat global warming. So what about big or obscure things that don’t go in the recycling bin at home? Take them to a local facility: they differ by borough, but Lewisham’s reuse and recycling facility in New Cross, for example, accepts everything from fridges and light bulbs to used cooking oil. 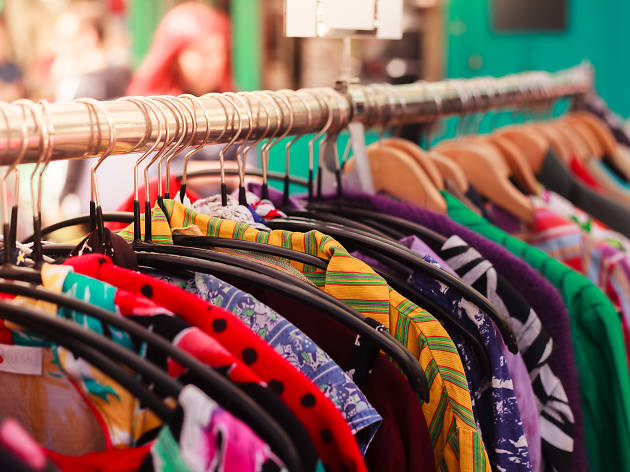 Instead of binning old clothes, drop them into a Love Not Landfill clothes bank, launched during London Fashion Week to slacken the pace of fast fashion. Wine-stained shirts and holey socks are welcome too – whatever can’t be worn again will be re-made into cleaning cloths, blankets, insulation or re-spun into fibres for recycled fabrics. Drop-off locations are in Topshop Oxford Circus, Beyond Retro Dalston, Ealing Broadway Shopping Centre and both Westfields, five of which have been designed by street artist Bambi. Fill out a #messageinapocket note with wearable donations and you might even find out who’s nabbed your old leopard-print playsuit. 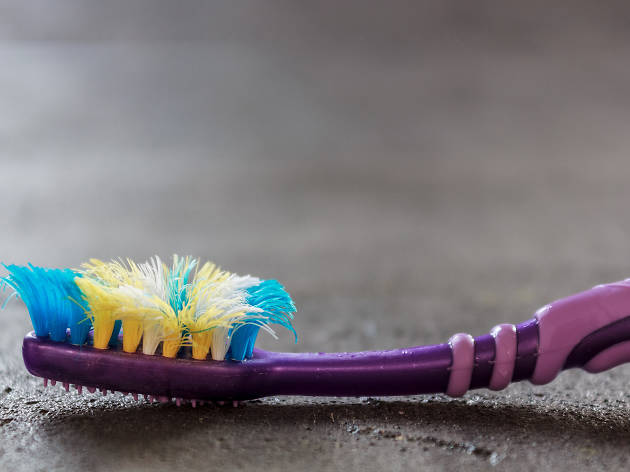 Did you post your empty crisp packet back to Walkers in a fit of salt-and-vinegar-induced rage? Then you’ll be pleased to hear the snack brand has teamed up with TerraCycle, the waste wizards who turn hard-to-recycle items into usable objects. Think table tops made from fag ends and shower curtains made from granola wrappers. By December, you’ll be able to download a free shipping label and send off any brand of empty crisp packet for remaking into benches, plant pots and watering cans. Proud owners of compostable bamboo toothbrushes needn’t bin their old plastic ones, either. Drop off old toothpaste tubes (squeeze out toothpaste first) and caps, toothbrushes, electric toothbrush heads, interdental brushes and floss containers to Bow Lane Dental near Bank for recycling via Terracycle. 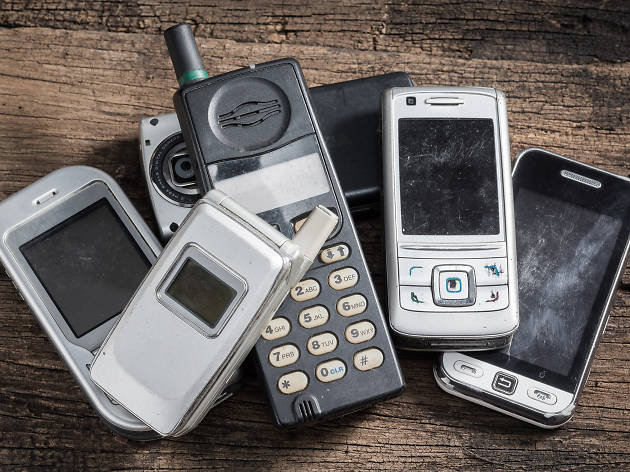 Waste isn’t rubbish, it’s actually pretty valuable. How about emptying that drawer of neglected gadgets and unidentifiable wires and arranging for sustainable start-up Recono.me to pick up the contents? At its Leytonstone workshop your data is wiped and old laptops and phones are spruced up for reuse. It also partners with London-based charities St Giles Trust and Emmaus, which use our unwanted tech to provide skills-based work to those in need. 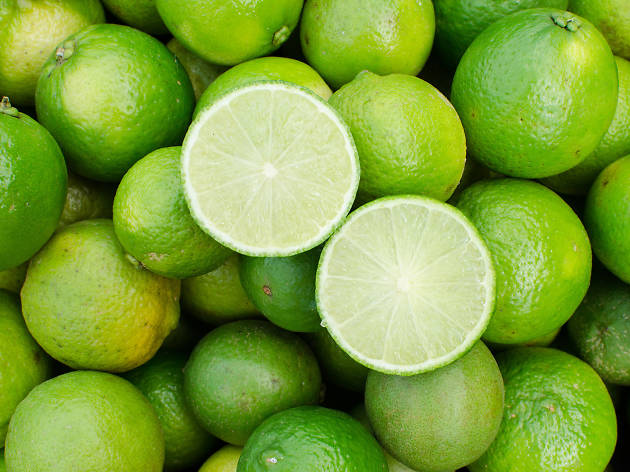 This has less to do with pinching your partner’s pub chips and more to do with bonding over leftover houseparty limes with your neighbours. WRAP (Waste & Resources Action Programme), a charity working with governments and businesses to curb waste, estimates that UK households spend £50 a month on food that ends up in the bin. Foodsharing app Olio encourages users to give away surplus food. Similarly, Streetbank.com, set up by Londoner Sam Stephens, allows members to lend each other their stuff. Whether it’s a projector, old speakers or last year’s ‘Rick and Morty’ Halloween costume, don’t throw it out, loan it out. 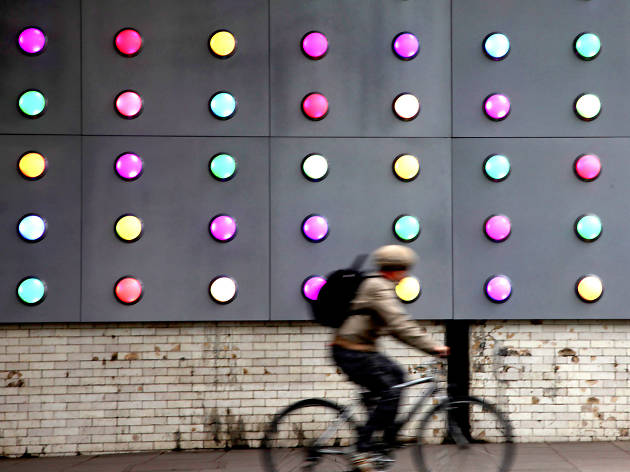 According to the NLWA (North London Waste Authority), fewer than one in ten people attempt to repair their broken belongings, instead sending them to landfill (including 22  million pieces of furniture and 28 million toys annually). Ease and a lack of repair skills were cited as reasons. So, how about swapping online shopping splurges for a party where you’ll leave with a new skill instead of a banging headache? Building on the success of the Restart Project’s parties (free drop-in sessions where failing electronics are fixed), the NLWA has launched a series of pop-up repair cafés. Until December, residents in Barnet, Camden, Enfield, Hackney, Haringey, Islington and Waltham Forest can learn how to patch up damaged textiles, furniture and bikes in 30-minute slots with Traid, Thrifty’s Retro and Cycle Confident. You’ll save cash and start the week hangover-free. 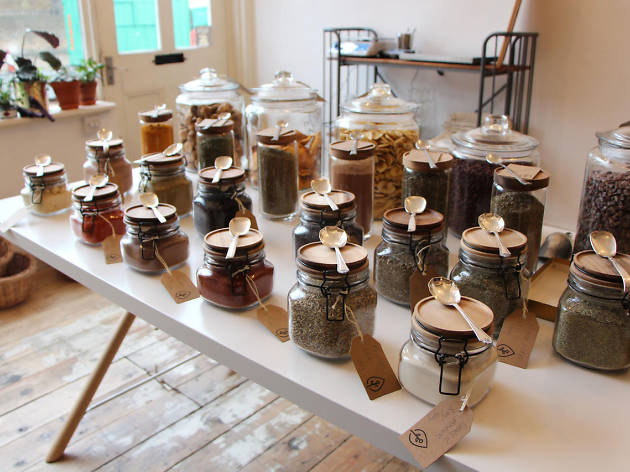 From Bulk Market in Hackney to Naked Larder in Herne Hill, plastic-free shops are springing up all over London. Do the oceans a favour: arm yourself with tote bags and tupperware before paying for your polymerfree groceries, toiletries and cleaning supplies by weight. Shops such as BYO in Tooting, Harmless in Wood Green, Hetu in Clapham and the Unpackaged sections at sustainable chain Planet Organic are the best way to enjoy some retail therapy without harming a turtle in the process.

Want to do more? 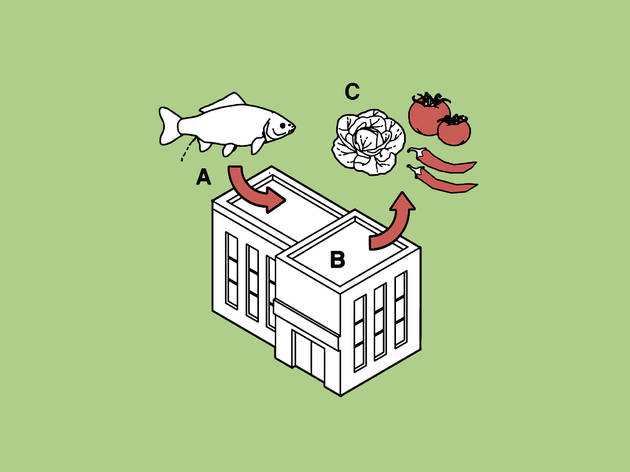