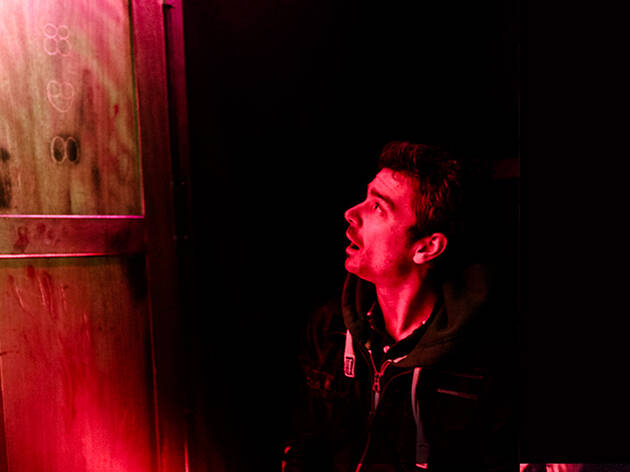 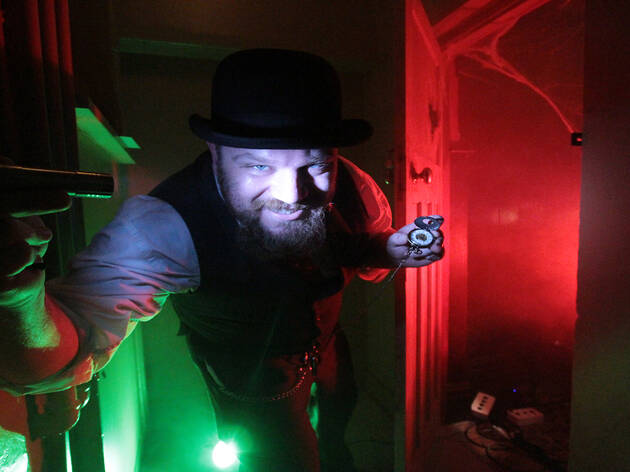 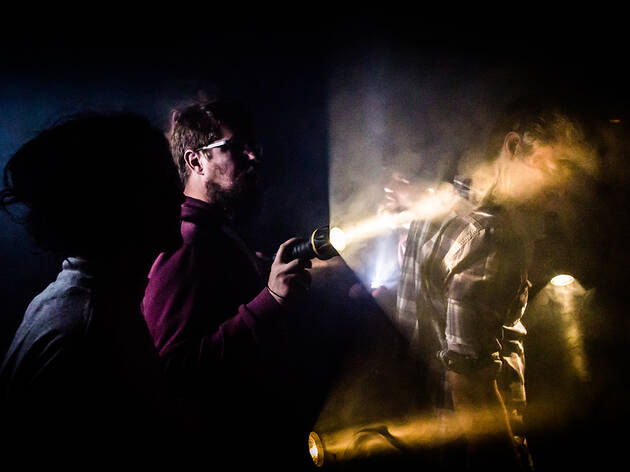 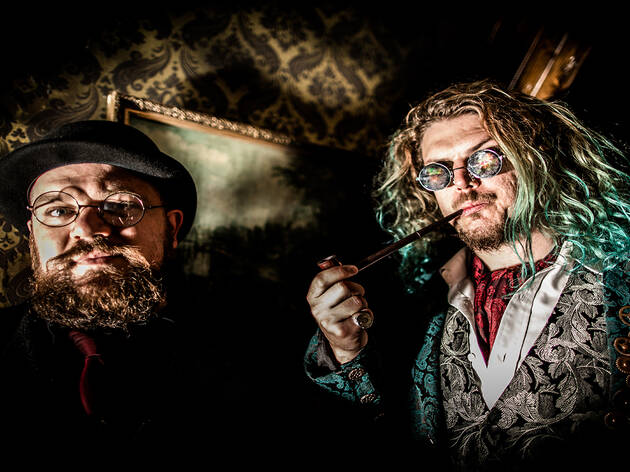 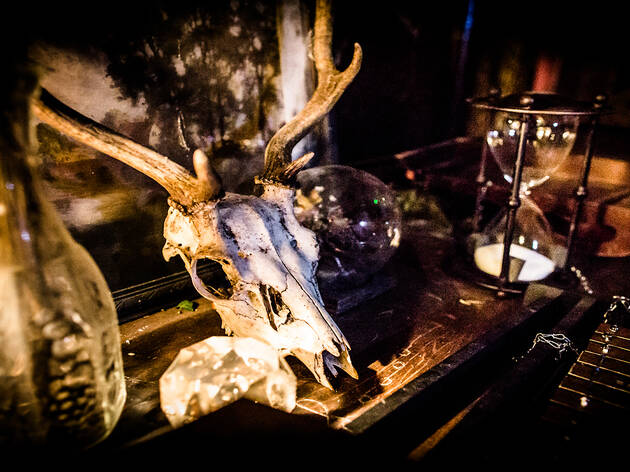 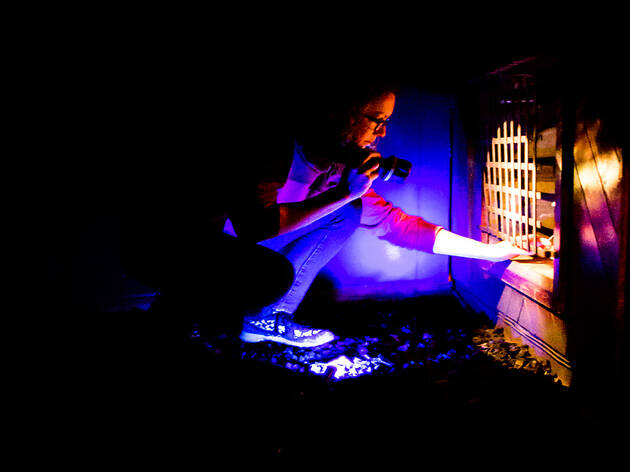 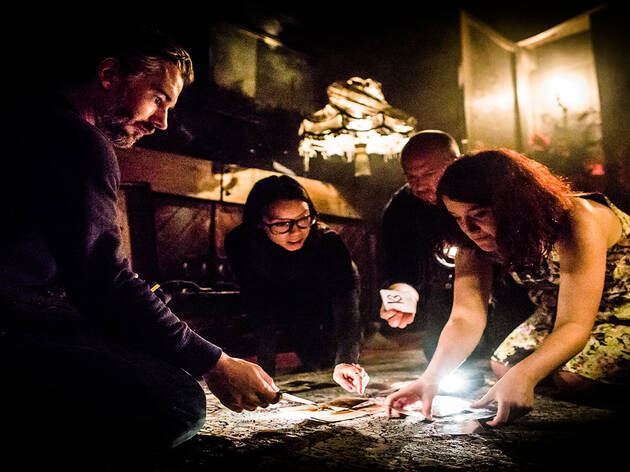 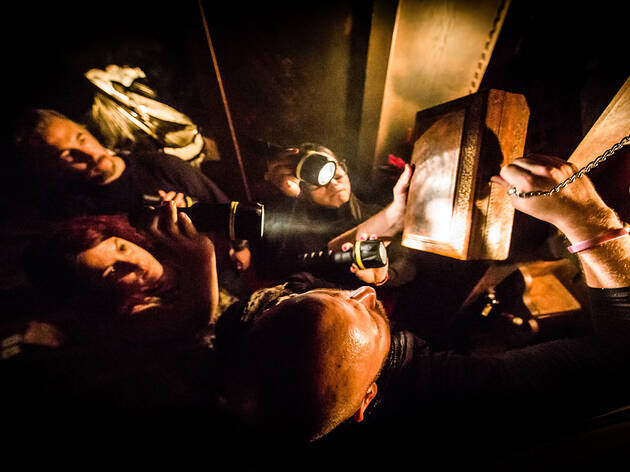 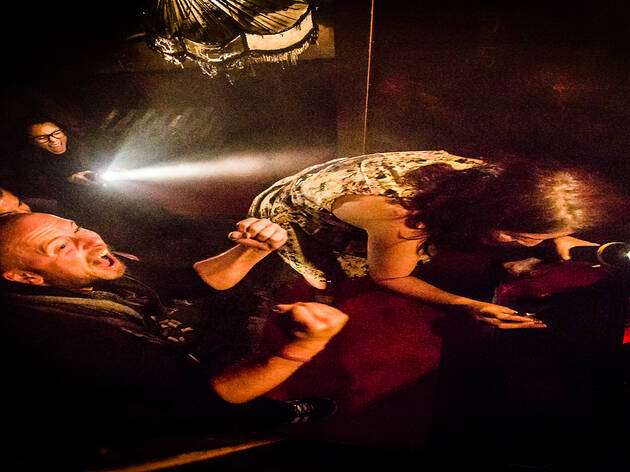 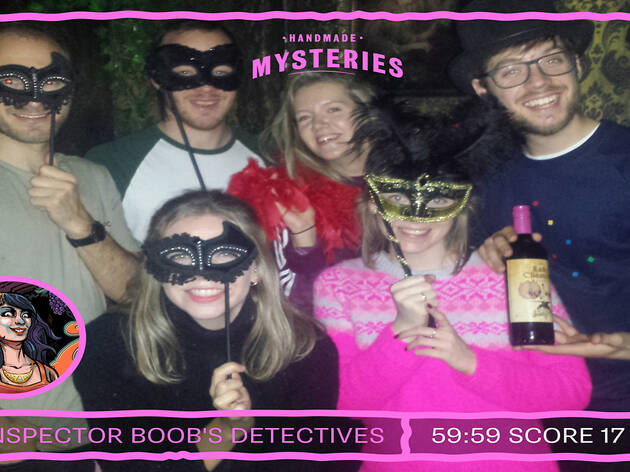 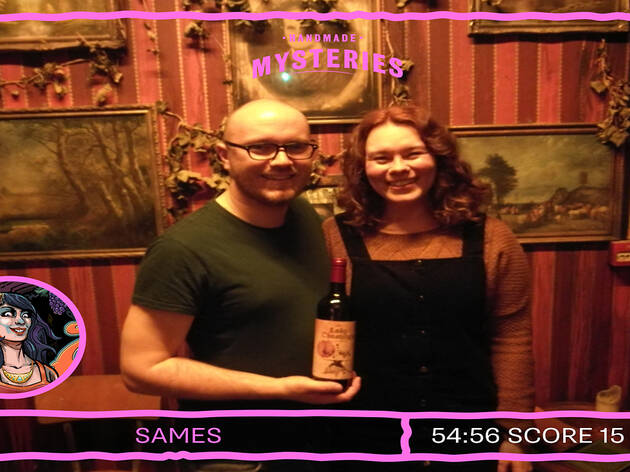 Not even watching 'Psycho' in a chapel at Halloween made me jump as many times as spending an hour trying to unshackle Lady Chastity's Reserve. The immersive team game isn't quite an escape game (not least because you're not really trying to escape) but is built on the same main premise: work as a team to solve puzzles and complete the challenge within an hour. It's also themed to an extent no other game I've experienced has managed, with an innuendo-drenched storyline woven throughout the clues, a cobweb-spattered spooky set and a creepily convincing (and hilarious) performance from the game's host, Gabriel. He's the one who had us yelping with terror at every blast of the smoke machine. The tasks in this experience are very linear, so it was difficult for the whole team to get stuck in at once, but they were also packed with original features and fitted the wonderfully silly storyline beautifully. There's no hope for Lady Chastity, really, because I highly recommend you get your hands on her reserve. East Londoners note: there's another Lady Chastity's Reserve in Hackney now, too.

Lady Chastity's Reserve Clapham says
Lady Chastity’s Reserve is an experience like no other, combining clues, comedy and immersive theatre.

This fun fuelled team game takes place in the secret rooms of premium pub venues. After you're free from that boozy brunch why not play an escape room?

Your host, Gabriel, will introduce you to the lair of the deranged Lady Chastity as you pit your wits against her mysterious belongings and strange contraptions. Those who prove themselves worthy will whoop their way through an hour of surreal gaming, leaving with Chastity’s fabled bottle of aphrodisiac wine.

This game is for adults of 18 and over, as Chastity does have some slightly sordid secrets and there are moments that could shake up weak minded souls.