From brilliant French patisserie to traditional Japanese ramen, London is a food-lover’s paradise. But that could all come to an end if apocalyptic predictions from the UN are correct. The organisation reports that by 2050, unless there is dramatic change, the world’s population will have grown to the point where demand for food will outstrip production levels. For Londoners, that might mean having to say goodbye to bottomless brunches, rainbow bagels and katsu sandos. But don’t panic: there are a number of start-ups in the city looking to create a more sustainable future for us and our insatiable appetites. We caught up with four of them to find out how they’re future-proofing the capital’s food scene.

Find out more about what's next for London with our Future Cities series. 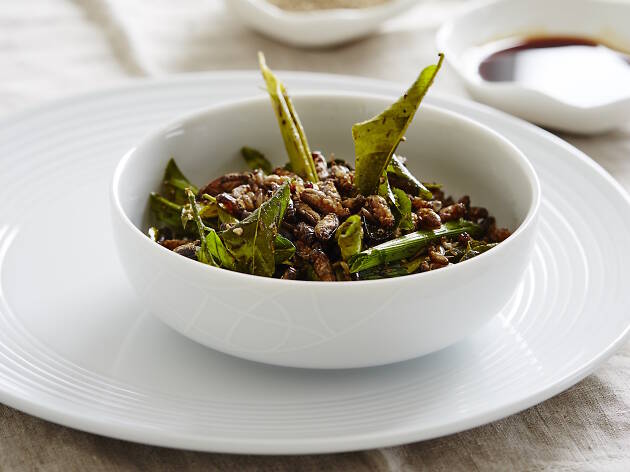 Crickets, grasshoppers and mealworms might sound more ‘I’m a Celebrity’ than mid-week meal, but once you get past the ick-factor and see their protein-rich nutritional profile and sustainability chops, insects start to look a bit more appealing.

‘I used to work for the charity WaterAid and did quite a lot of travelling as part of my job,’ explains Eat Grub’s co-founder Shami Radia. ‘I tried termites for the first time in Malawi and I thought they were delicious. They were given to me with a beer, and this sparked the initial interest.’ Shami and fellow co-founder Neil Whippey started Eat Grub in 2013 as a series of pop-ups that utilised the culinary skills of Farang’s Seb Holmes to try and normalise eating insects.

Although the events were successful, the pair have since changed tack and launched a range of insect-based products, including packets of smoky barbecue roasted crickets that are now stocked in the alcohol aisles of Sainsbury’s. ‘We pitch them as a sustainable and healthy pork scratching and see them as a way of honouring how insects are commonly eaten by two billion people throughout the world – in their true form,’ adds Shami.

‘Ultimately, insects require just a fraction of the land, water and feed compared to traditional livestock, and are probably the only protein source that can farmed vertically. They aren’t going to solve the future food problems on their own, but they can be a big part of it.’

Anyone for a pint and a packet of crickets? 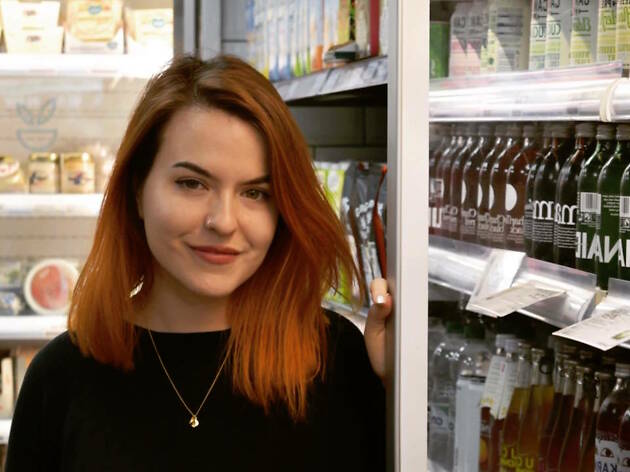 Being vegan is getting easier for the growing number of Londoners who are choosing to forego animal-based products in favour of plant substitutes. But it hasn’t always been this way, as GreenBay Supermarket co-founder Paula Alcalde knows only too well.

‘Me and my business partner went vegan about four years ago, and at the time we struggled to find normal alternatives to the food that we used to eat and buy,’ she explains. ‘I remember having to go to many different places to get everything I needed, so we thought it would be great to have a place that people can go to get anything they need – from cleaning supplies to meat alternatives.’

The West Kensington-based shop is the result, and it has gone from strength to strength since it opened its doors back in 2016. The store added an online marketplace last year ‘because we had loads of people travelling to the store from outside of London’. It has also recently launched its own range of plant-based meat substitutes, Harmless Foods.

‘We try to educate people, show them the options they have and how easy it is to make a switch without compromising their habits,’ adds Paula. ‘I don’t know if veganism could solve the food crisis, but switching to a plant-based lifestyle is the single biggest way you can make a change and an impact as an individual.’ 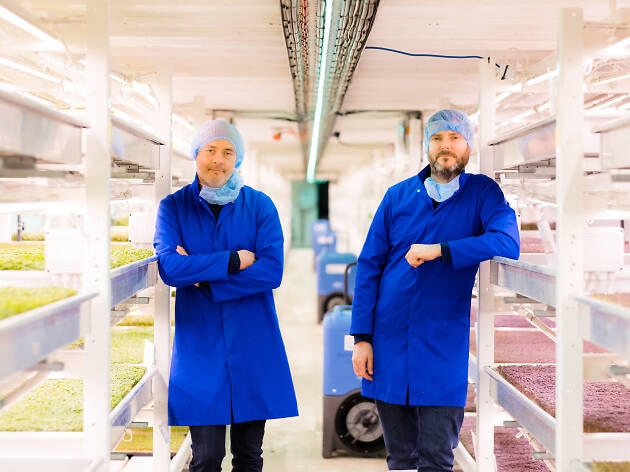 ‘This used to be beds for people to sleep on, and now it’s beds for us to grow things on.’ Growing Underground’s co-founder Richard Ballard is explaining how his team has converted a disused Second World War air raid shelter beneath Clapham High Street into a subterranean farm that now supplies salad leaves to the likes of Ocado, Waitrose and M&S.

The whole process takes place in the underground tunnels – from the planting of the seeds on carpet-laid trays, to harvesting and packaging – and uses LED lighting powered by a renewable energy source for 18 hours a day to simulate sunlight. The pea shoots and micro leaves produced have comparably low food miles thanks to the farm’s city-centre location, while the food also has a long shelf life ‘because it’s not spending three days in transport’.

‘Vertical farming is a way of using redundant space, but on a grander scale – you’re also saving space,’ says Richard. ‘Our current farm is only 100m long, but eventually we’ll have six tunnels of farm, and two tunnels of production. I think the equivalent of the whole space is 3,500 sq m, which when looked at in comparison with conventional growing, it works out at about 42 acres.’ That’s a farm roughly the size of Green Park – and above the surface in Clapham, passersby are none the wiser. 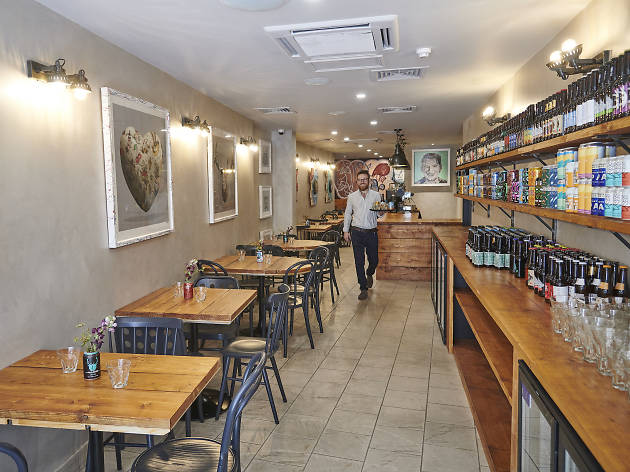 When Adam Handling set up The Frog in Hoxton, he found that he would end each day with a handful of ingredients left from that evening’s shift and no way to use them. ‘You can’t put them on the following day and change the menu halfway through service,’ he says. ‘The staff were eating like kings, so I thought “let’s be smart about it”.’

He set up Old Street’s Bean & Wheat to tackle this food-waste issue, creating dishes utilising those leftover ingredients and preparing them in different and interesting ways. ‘We wanted to sell things like soused mackerel and tomato compotes,’ he says. ‘Add in lots of different types of breads and you basically make an open sandwich. That right there is only a few pounds, but in one of my restaurants would be a s***load more.’

Adam is clear that Bean & Wheat isn’t a money-spinner, but rather a way of creating a sustainable approach to food, which he hopes will become commonplace both in customers’ kitchens and restaurants alike. ‘We’re doing it to cover the costs, respect the industry and think outside the box, making easy, accessible food using our waste. It’s not only a restaurant thing because 30 percent of the food in your fridge goes in the bin. Knowledge is the key.’ 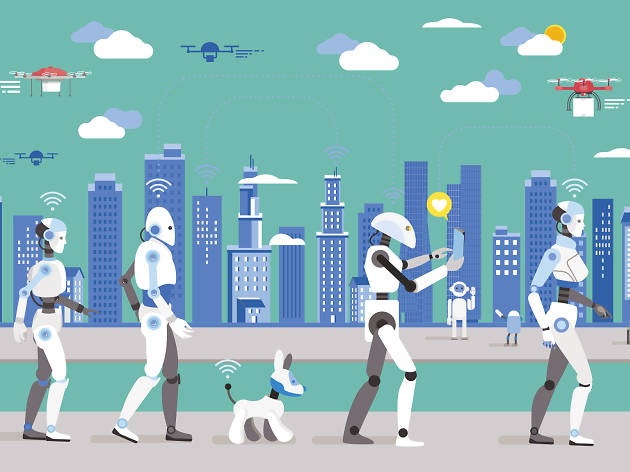