Things to do, Event spaces Haggerston 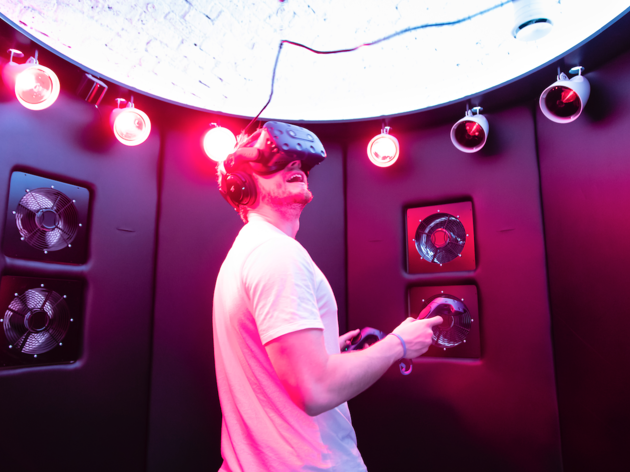 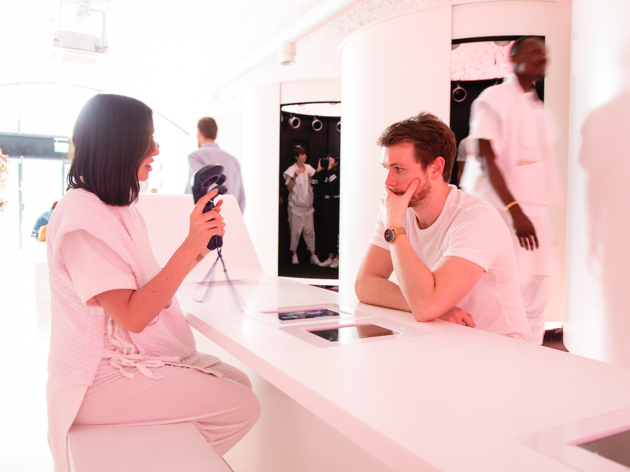 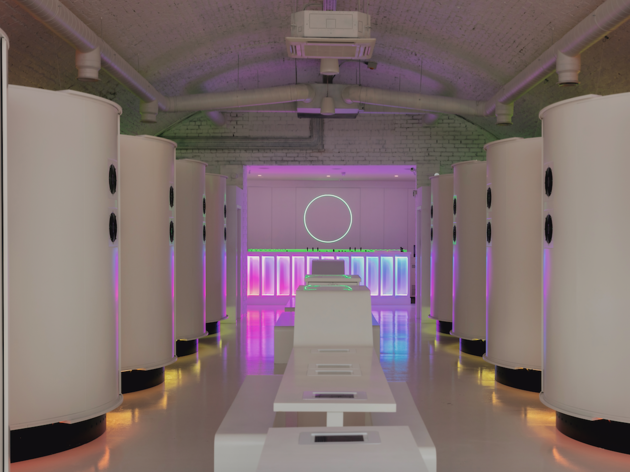 A portal – or 16 to be precise – to other worlds. Enter a virtual reality where you can fight zombies, climb mountains and go exploring with a mouse.

East London isn’t exactly known for its rolling sand dunes, blistering desert winds and undead mutant infestations. Yet here I am, standing on an abandoned motorway in the middle of Haggerston, aiming a shotgun at an oncoming horde of zombies. At least, I think I am… In reality, I’m standing in a pod
at London’s newest virtual reality arcade.

Outside my headset, Otherworld sits (somewhat unsurprisingly) in an east London railway arch. The futuristic venue borrows pretty heavily from the ‘Black Mirror’ textbook: staff in identikit white uniforms place drinks orders through interactive tabletops and even the futuristic neon-bathed lids of the toilet open automatically. Yet while outwardly it’s an immersive bar with a dream-themed cocktail menu and food courtesy of Lords of Poké, it’s the VR capsules lining each side of the room that people come for. Case in point: when I ask if I can get inside one, I’m told it’s occupied. The seemingly empty bar is actually full, and everyone is having plenty of fun. They’re just doing it silently.

Once I get inside my own pod, I’m strapped into a ‘Matrix’-esque headset that’s hanging from the ceiling and boosted out of the Big Smoke into the titular Otherworld. This takes the form of a mysterious island where different areas represent the seasons. You really feel it too, thanks to the addition of wind fans and heaters. The winter zone made me wish I was wearing a jacket but, in my defence, it was still summer back in Haggerston.

Virtual versions of the pod my real-life body is in are dotted around the island and you access different games by stepping into them. There are 360-degree versions of phone favourites like Fruit Ninja and Angry Birds, as well as a particularly mind-blowing version of Google Earth which lets you stride through cities across the globe as a giant. Superhot, a slow-mo shoot-’em-up, makes you manoeuvre through cascades of bullets and fight faceless red avatars with your bare hands. But it’s zombie game Arizona Sunshine that truly shows off the full terrifying power of VR, transporting you into a southwestern dystopia surrounded by swarms of the undead whom you’re tasked with gruesomely mowing down.

When my time is up, I emerge blinking back into the bar, convinced my real hands aren’t my own. The future may be full-on terrifying, but boy, is it fun.