Sherlock: The Game Is Now

Things to do, Games and hobbies Shepherd’s Bush 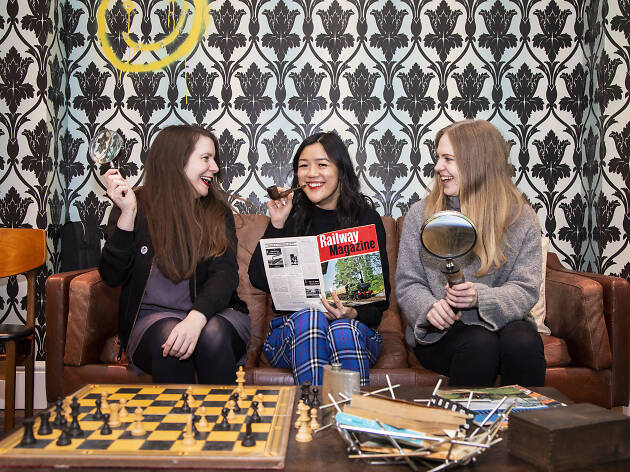 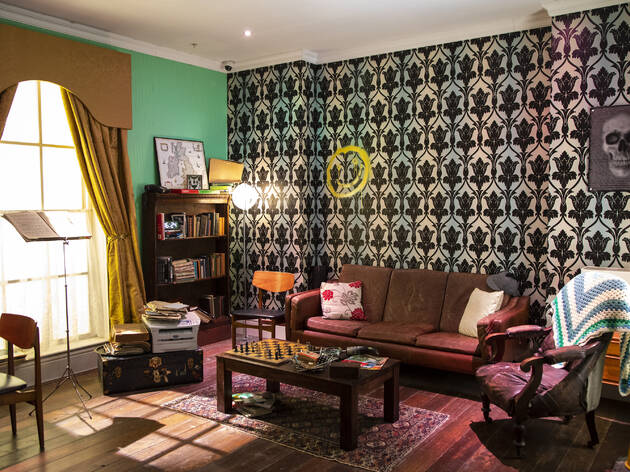 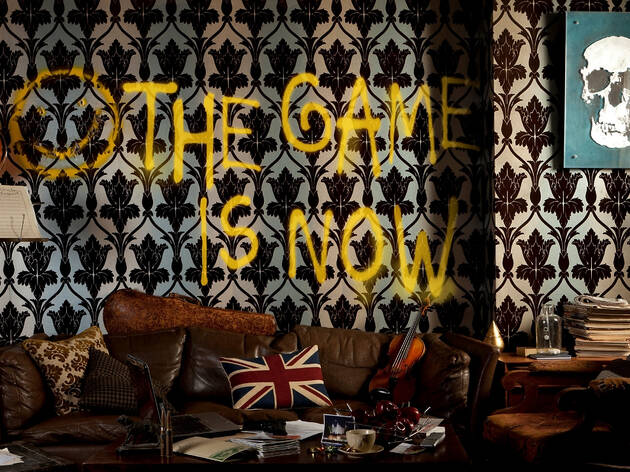 Popular TV shows don’t have to ‘end’ any more. A zeitgeist-capturing series can find new life in spin-offs and reboots long after a finale has aired. And if not, there’s always the themed events: an Alan Partridge bingo night or a ‘Peaky Blinders’-styled bar to fill that boxset-shaped void.

Last year, ‘Sherlock’ fans were quivering in their deerstalkers when it was announced that a purpose-built escape game based on the BBC drama was going to open in London. It’s easy to be cynical about the decision to tap into the escape game boom; in 2013, there were only seven in the UK, now there are around 108 in London alone. But this is not some ‘inspired by’ cash-in. Writers Steven Moffat and Mark Gatiss (who also played Mycroft) teamed up with escape-game-maker Time Run to make this happen, and their sharp, sardonic tone runs right through the experience.

The journey begins in ‘Doyle’s Opticians’ (as in Arthur Conan), a cover for a ‘spy training agency’ that looks so realistic shoppers have been wandering in asking to get their eyes tested. Listen carefully and you’ll hear Dr John Watson’s (Martin Freeman) voice on the speakers. With the guidance of an actor, you’re ushered in to a secret room to start your mission as rookie spies out to rescue Mycroft. But the play within the play really starts at 221b Baker Street, an exact replica of Sherlock’s living room, recreated with the help of the show’s designer. Everything is the same, from the black-and-white damask wallpaper to the leather-bound books on the shelves.

And it only gets better. Maniacal Irish villain Jim Moriarty (Andrew Scott), exasperated Dr Watson (Martin Freeman) and supercilious Mycroft  (Gatiss again) all pop up through new footage featuring that familiar quick and caustic logorrhea. It’s such a relief to get away from cheesy escape-game patter delivered by plummy-voiced drama school grads.

We’re going to keep the inner workings of the other rooms a secret, but here’s what we can tell you: everything is designed to test your mental agility, so there are no physical tasks here. It’s all about opening the door to your mind palace. Like Sherlock, you need to look at each room as a mass of data waiting to be analysed. Each brings with it a new set of three-pipe problems. If you’re lacking deduction skills, Sherlock will appear on a screen with clues (and a bit of acerbic negging) to hurry you along. At one point, he told me off for trying to stand on a swivel chair: ‘This mission is dangerous enough!’

When you finally break out, you can become kings and queens of the Mind Palace, the escape room’s pub, and celebrate with drinks named after Conan Doyle’s short stories.

The whole experience is so true to the show, it almost erases the memory of Cumberbatch playing Dominic Cummings. Almost.