My Account My Profile Sign out
My Account
Search
Worldwide Europe United Kingdom England London The cast system: is racism still an issue for TV drama? 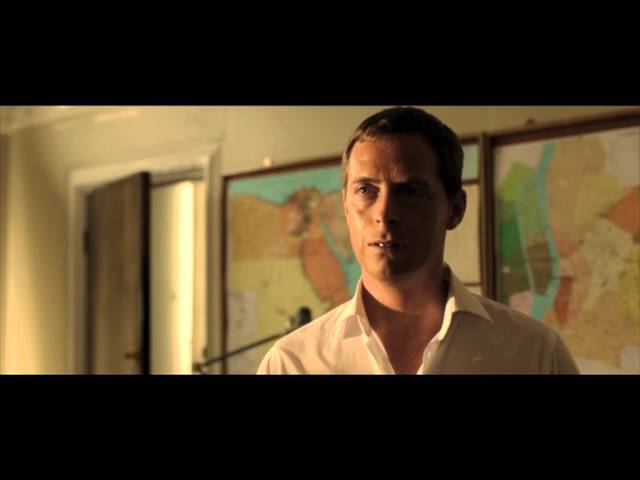 At a screening of new C4 thriller ‘Complicit’, actor Arsher Ali made a startling statement. The following morning, as I sit down with him and his co-star, David Oyelowo, he repeats the charge. ‘70 per cent of the time, the scripts that come my way are very badly written terrorist dramas.’ It’s an alarming and depressing state of affairs. And, from one perspective, by taking on the role of Waleed, a British-born muslim suspected by MI5 agent Edward (Oyelowo) of planning a terror attack, Ali could be said to be perpetuating a stereotype.

But Guy Hibbert's ‘Complicit’ is smarter than that. Pivoting around a confrontation during which Edward and Waleed debate patriotism and what it means to be British, it’s a thoughtful investigation of those issues. But ‘Complicit’ also works as an exhaustingly sustained thriller, delving into the morality of torture (with rather more curiosity, it has to be said, than ‘Zero Dark Thirty’ – which so appalled Ali that he calls it ‘The Film Which Cannot Be Named’) while avoiding conventional wham-bam pyrotechnics. It’s proof that violence can be equally shocking when it’s purely psychological in nature. As both men acknowledge, ‘Complicit’ offers a fascinating reflection both of past roles and of the prejudices they have faced – and still face – in their careers.

What was the initial appeal of ‘Complicit’?

David Oyelowo ‘Having done a show like “Spooks” [he played Danny Hunter from 2002 to 2004], this was the other, less heightened side of life [in MI5]. And “Complicit” has that central scene, where two people who are not white talk about being British, but from very different perspectives. It’s a wonderful comment on multiculturalism, which is undeniably part of what Britain now is. Does the fact that Waleed doesn’t like the way his country is being run, make him unpatriotic and therefore a potential terrorist? We all complain about our government, but here you have someone exercising their right to freedom of speech with it. He’s within his rights.’

Arsher Ali ‘There was nothing to lose in giving it a go. The subject matter was controversial, but this asks more questions than it answers. The Film Which Cannot Be Named was just a piece of entertainment glossing over any kind of cause and effect. It dealt in absolutes. I challenge anyone to come away from that film not thinking that torture yielded results.’

Did you have your own theories about Waleed?

AA ‘The two things I’ve done that centre around this issue are “Four Lions” [in which he played incompetent Jihadist Hassan] and this. I felt like I wasn’t playing a terrorist in either. You can’t go in thinking you’re playing a terrorist. There has to be something else. Otherwise it becomes like “24” or The Film Which Cannot Be Named, feeding the mythology that every Arab or Middle Eastern type is a bad guy. Playing a potential terror suspect, you’re fighting so many audience perceptions. They’ve already written you off.’

It’s astonishing that you still get sent so many of those parts. What’s the solution?

AA ‘I don’t know. I was asked what I’m doing now, and the answer’s “Nothing”. Ever since we finished filming “Complicit” in July, I’ve been turning away rubbish work.’

AA ‘I’m glad no one told me it would be like this when I came out of drama school, or I would have been destroyed. That’s why I do a lot of theatre. I can do Shakespeare and it rarely feels like its an issue. There’s a lack of imagination in film and TV, not just on the part of the writers but the gatekeepers, the casting directors.’

DO [to Ali] 'The solution is to do exactly what you’re doing. When I came out of drama school 14 years ago, black actors were either criminals on “The Bill” or doctors on “Casualty”. That was pretty much it. And, like Arsher, I had to turn a lot of stuff down. Thankfully, I had the opportunity to play Henry VI at the RSC and that, in a very subtle way, shifted things. But in taking the roles away from the clichés, like Arsher is doing, you’re forcing the issue.’

DO ‘Arsher plays the roles he wants to play, but they come with baggage. The roles I gravitate towards are not race-specific, but it feels like something I have to do to break ground. A white actor doesn’t even have to entertain that. I have to go into something thinking, what ramifications does this have for perceptions of me as a black actor? Hopefully with Arsher, you see an actor playing a part, but also a part of British life that needs more context, that needs its own film. Then those opportunities start to bubble up to the surface.

I know for a fact that [2009 BBC1 two-parter] “Small Island” was a product of a set of circumstances that made this period drama, with bona fide black characters fully integrated, commissionable. A book [by Andrea Levy] was written that did well. Things like “Spooks” meant they felt able to come to me. That’s what you have to believe: give them fewer excuses to marginalise or stereotype us.’

DO ‘Last night [at the screening], I talked about how we’re a long way from being able to contemplate a black prime minister. Slavery and the Civil Rights movement set undeniable benchmarks in America’s history, but we’re slightly in denial here about our own benchmarks, colonialism and so on. It’s in the room, but not spoken about – to cry racism here is deemed vulgar.’

AA ‘I left drama school five years ago and it feels like not much has changed. People leave for America and report back that there’s more opportunity there, but if you bring that up, people call it preposterous and show you a load of figures and tables. They call you “BMEs”! Black, Minority or Ethnics.’

You don’t want to be a demographic.

AA ‘Exactly – something to be ticked on a sheet for someone to be able to sleep at night, so every other white floppy-haired middle class actor can be ushered on to the screen.’

DO ‘It’s why I live in the States. What I find a little difficult is, when you’ve left you’re celebrated more than you were here. But you can either carp about it or be part of the change. We’ve got to start doing it ourselves. As distribution models change, that will get easier.’

AA ‘Easier than going through the machine.’