With crisp waffles and the city’s largest collection of ciders, this intimate Virgil Village bar is one of the best low-key watering holes in L.A.

For certain Angelenos, a crowded room with loud music, pricey drinks and a sticky floor is somehow the ideal way to hang out with a friend, meet someone new and even—shockingly!—enjoy themselves. For everyone else, there’s Alma’s Cider and Beer, an intimate Virgil Village bar that’s the opposite of every single one of those descriptors. Specializing in a global assortment of cider but offering both namesakes, the cozy Silver Lake-adjacent bar might not have your typical standard cocktail fare, but Alma’s delectable bar bites (namely, waffles), ultra-chill atmosphere and knowledgeable bartenders more than make up for it.

Unlike most Los Angeles drinking dens, you can actually hear yourself think inside Alma’s, which plays an eclectic collection of domestic and international jazz at just-below conversational level, as you ponder its collection of over 100 unique ciders and glance at the mirrored menu on the wall listing whatever’s on draft that week. Spend enough time inside and your eyes might wander around the bar’s dark blue interior, which hosts a few spare prints on the wall and not much else. However, closer inspection of the windowsill will reveal Alma’s adorable Easter egg: Z scale miniature scenes, which owner Lee Briante—formerly of Echo Park’s still-closed Button Mash—took up making in quarantine.

In all-too-common moments of decision paralysis, Alma’s bartenders—including Briante himself—will gladly help guide you towards whatever you might be in the mood for. Sweet and mild? Try the Perry Miloslawski, a semi-effervescent Polish cider made from pears instead of apple. Tart and dry? You might find Trabanco Sidra on tap, imported from Spain. Like almost every natural wine bar in the city, Alma's unique stock of cider and beer changes constantly, so don’t be surprised if the paper menu handed to you is already out of date. While this means the ability to revisit favorites from your last visit isn’t always guaranteed, Alma’s new, typically esoteric cider picks are a wellspring of novelty and delight for casual cider enthusiasts—or anyone who enjoys exploring the outer limits of their palate’s comfort zone.

Always available, however, is Alma’s small, extremely waffle-centric food menu by Bestia alum Diego Argoti (who also runs local pop-up Estrano). Even the bar’s well-appointed charcuterie plates come with a single mini Belgian waffle alongside hunks of rustic sourdough bread. Our go-to order, however, is the Hong Kong-style bubble waffle. Each airy, vegan-friendly waffle comes drizzled with agave, tahini and chili crisp—a winning mix of sweet, spicy and savory that’s easy to tear off with your hands. More traditional mini waffles can also be ordered à la carte dusted in cacio e pepe, smothered in cinnamon sugar or with good ol’ butter and maple syrup. In addition to the bar’s limited menu of small plates, Alma’s often hosts Estrano and other local pop-ups on the sidewalk. While this expands the bar’s on-site food offerings, it can also draw sizable crowds—so check ahead on Instagram if you’re in the mood for a quieter, more relaxed sort of evening.

Located a short stroll away from the Virgil Avenue stretch that houses Ken’s Ramen, Kinkan and A.M. overlords Sqirl and Courage Bagels, Alma’s hosts just 28 seats, making it ideal for solo flyers, dates and groups smaller than four. A larger number than that will generally inundate the tiny bar, diminishing the particular je ne sais quoi that probably brought you Alma’s in the first place. On trickier weekend nights, be prepared to have to try your luck at just-as-small Bolita next door or natural wine bar Melody up the street; after all, you’re not the only one in search of a low-key bar where you can actually have a conversation.

The food: Waffles, charcuterie and (just a bit) more by Estrano’s Diego Argoti, including a standout vegan bubble waffle drizzled with agave, tahini and chili crisp—plus occasional sidewalk pop-ups by Estrano and a handful of other Virgil Village popup chefs.

The drink: A cider lover’s dream, Alma’s offers a modest selection of beers, a staggering number of hard-to-find ciders and a few non-alcoholic options that get the job done. Martinelli’s, anyone?

Time Out tip: If you want to get the most bang for your buck, spring for a larger bottle of cider at Alma’s, since many selections easily serve two to four—making it possible to get fairly buzzed for under $40 a head. 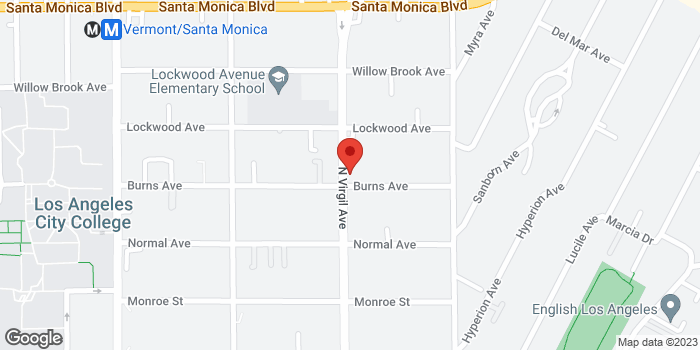