Despite good drinks and desserts, the superficial atmosphere that permeates the beautifully designed Bar Lis on nights with table minimums is harder to swallow.

“Ah shit, here we go again,” I thought as I waited for the elevator up to Bar Lis, the Thompson Hotel’s striking, French Riviera-inspired rooftop bar in the heart of Hollywood. It was a fairly chilly Tuesday night, with a similarly icy ground floor host who took both my credit card and drivers’ license hostage for the entirety of the evening’s jazz night. When I feebly asked when I’d see my license again, a second staff member on the roof told me point-blank I’d get it back at the end of the night, paying little to no attention to my palpable anxiety. (This is after I’d already agreed via email to a $100 minimum on a table for two.)

Depending on the day and time, your experience of Bar Lis is likely to vary widely. For those who’ve walked in early with no guaranteed seating or snagged a Sevenrooms reservation with no spending minimum, the Thompson’s rooftop is a glitzy drinks and bar bites outing. However, primetime weekend walk-ins and those who’ve made email reservations for later in the night are likely to experience an entirely different side of Bar Lis, whose jazz and DJ nights invoke an aspirational atmosphere of high-class glamour—though the end result reads more sleazy and tryhard than anything else.

With its Hollywood Sign vantage point and a gorgeous view at sunset, Bar Lis had, up until the license hostage situation, piqued my interest on an earlier Sunday visit at dusk for another key reason. Beyond its picturesque design and location, Bar Lis also features a small, pricey menu of canapés by Lincoln Carson, the same chef behind Downtown’s short-lived, critically acclaimed Bon Temps. Here, Carson gives vintage desserts like bananas Foster and peach Melba new life alongside decent—if not entirely noteworthy—small plates, including a standout griddled country bread with ricotta, black pepper and raw organic honey. Served in elegant coupe glasses, the sweet glaceés at Bar Lis are the highlights of its small menu of bar bites by a long shot. Summery drinks like the tequila and rum-spiked Petit Paloma and the Jane Birkin, a cucumber vodka spritz, taste about the same as most sceney bars and restaurants in L.A.

However, even the bar’s fairly well-executed cocktails can’t wash the bitter taste of glib chauvinism out of my mouth. When I asked if Bar Lis took walk-ins on weekend evenings, the peak nights it hosts live DJs, the French white male reservationist said of course—for someone as beautiful as me, there’d be no wait at all, and to just email him if I needed anything. Vibrant jazz played in the background as the realization became abundantly clear to this food and drink critic that indeed, this is that kind of L.A. nightlife spot.

Should I elaborate further? Closer to the actual bar, under Bar Lis’ retractable roof and a central stone-finish water fountain, the professionally beautiful without table reservations posed for pictures and sipped cocktails, as graceful as gazelles on the savanna. Near my outdoor table, those with table reservations, mostly consisting of men well over 40 in upscale casual attire, enjoyed the live band up close and personal. “Come on, do all these people really just ‘enjoy jazz’?” my friend said at the end of the night, finger-quotes and all.

While Bar Lis might have dreamy Cote d’Azur resort-like aesthetics that’ll probably make you wish you owned a yacht, its superficial Hollywood atmosphere means, at least later in the evenings, you’ll only want to dine and drink here if you actually own a yacht, or are considered conventionally attractive enough to convince someone else to take you on one.

The vibe: Akin to the actual French Riviera, the picturesque Bar Lis isn’t all it’s cracked up to be, but will help you briefly emulate the lifestyle of the super-rich leisure class.

The food: Decent bar bites and excellent coupe glaceés from Lincoln Carson, whose full-service restaurant, Mes Amis, will open in the Thompson Hotel’s lobby in the near future.

The drink: Beyond summery cocktails, Bar Lis also offers Italian, French and Californian beers and wines by the glass, plus bottle service (duh).

Time Out tip: Adhere to the smart casual dress code, and bring a coat or jacket—the rooftop’s supposedly oh-so-rarified air gets cold after dark. 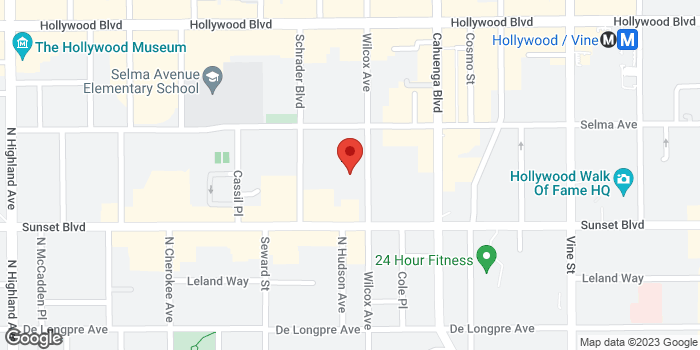