Long Beach is a drinking town. Populated by sports bars and dives, it's not hard to find a bar within stumbling distance for an ice cold brew or a dressed up cocktail. But that also means there are a lot of lemons in the bunch, bars with zero personality or jacked up prices. Avoid the lemons—unless they're in your drink, of course—and head to one of these Long Beach bars for a laidback drinking session. 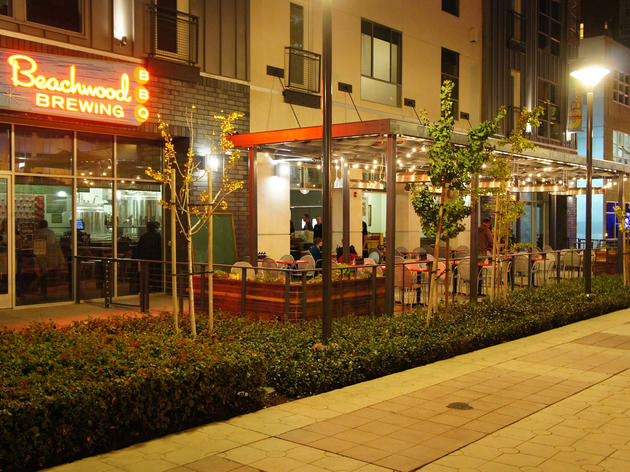 Yes, we included this on our list of the best Long Beach restaurants, but Beachwood Brewing and BBQ is as much about drinking as it is about the 'que. Their bar boasts 22 rotating taps of craft beers from both outside breweries and their own brewhouse. Try the Hops of Brixton, a well-balanced Extra Special Bitter brew. 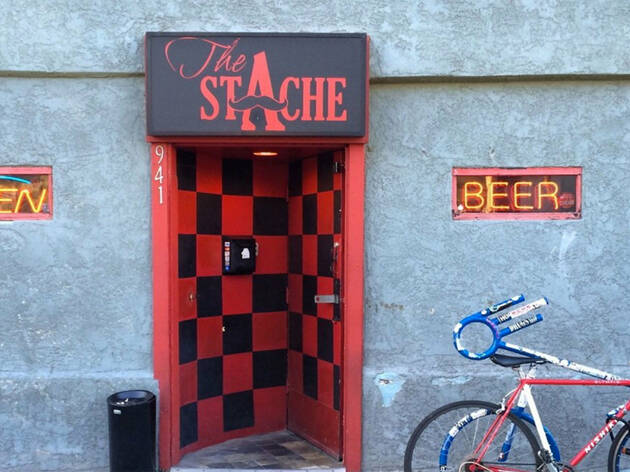 Looks can be deceiving when it comes to the Stache Bar. The surrounding neighborhood is a little sparse, the interior is nothing special, but the friendly bartenders more than make up for a lack of flashy decor. Mixers and ginger beer are made fresh daily, so whether you're ordering a Moscow Mule or a Dark and Stormy, the drinks are made with craft and precision. Stache Bar is small, so you're likely to make friends with a stranger or two—but if you prefer your solitude, there are a few TVs scattered around the place to stare at. 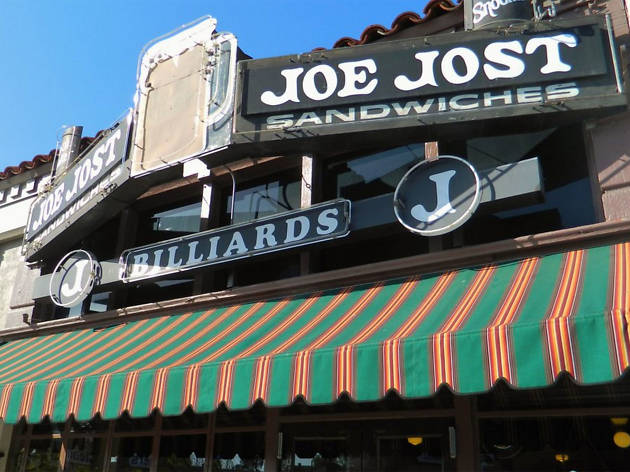 Joe Jost's is known for a lot of things: their pickled eggs, their straightforward sandwiches and hot dogs, plus their massive schooners of beer. So why stick to one when visiting for the first time? The dive has been a Long Beach institution for more than 80 years, with a solid list of ice cold beer and friendly service. Stop by for a little bit of food, a little bit of drink, and a lot of community. 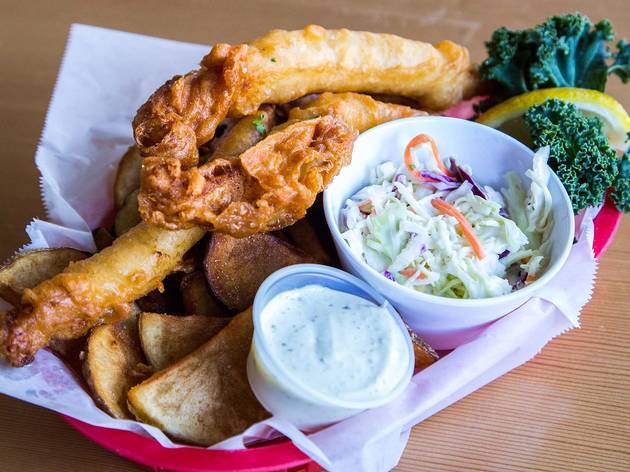 It’s not often that fish can be described as punk rock, and yet that’s exactly the case at this Long Beach dive. Owned by former Social Distortion drummer Chris Reece, the Pike features a punk-loaded jukebox, live music and DJs by night, and some damn good grub. While tattooed bartenders sling strong drinks, the kitchen churns out burgers, tacos and deep-fried goodness. Sole is the star of the Pike’s fish and chips, which almost look like three golden sausages (okay, they’re borderline phallic) until you cut into the crust, revealing the steaming white fish inside. The steak-cut potato wedges and creamy coleslaw are pure Americana, presented in a retro red basket that meshes well with the vintage photos and tchotchkes peppering the walls. Grab a pint of Snapshot wheat beer and you’ll be ready to rock. 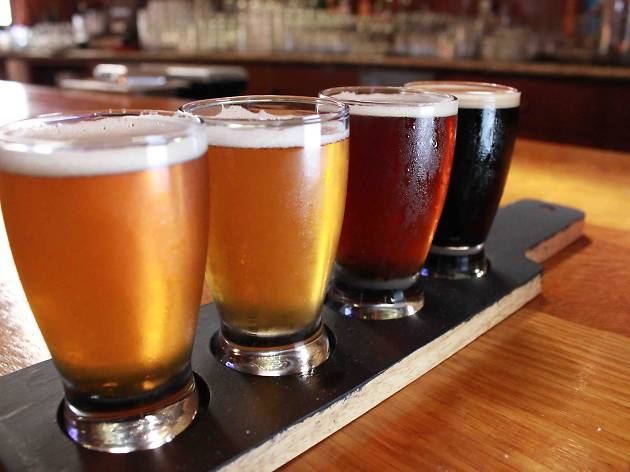 The Federal Bar's second location (the first is in North Hollywood) is housed in a beautiful old bank building, where visitors can sip on cocktails and nosh on decadent brunch, lunch and dinner items. But a bevy of beer (and beer flights!) is a primary draw here, and locals flock to the bar during happy hour (4-7pm) for discounted drinks. On weekends, the place livens up with live music, but if you really want to get down, head to the Parlour in the back—a speakeasy with a strict dress code and sweet jams. 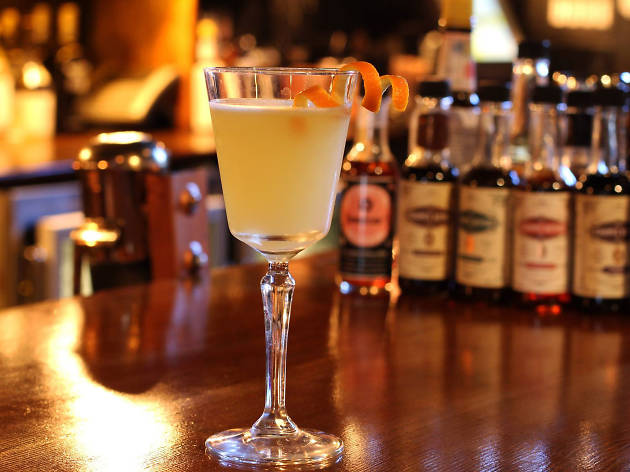 Getting into the Exhibition Room in Long Beach is not an easy feat. First, you'll need to make a reservation through their website. Once confirmed, you'll receive a password that needs to be uttered at the door—if you can actually find the door. Connected to Roxanne's Lounge next door, the entrance to the Exhibition Room takes shape in the form of a phone booth; pick up the phone and share your password with the person on the other end. Step inside and the hard work is over—intimate booths, booze-oriented trinkets from the Long Beach Historical Society and quality cocktails fill the dimly-lit space, sending you back to another place and time. Settle in and reward yourself for all the hard work it took to get inside. 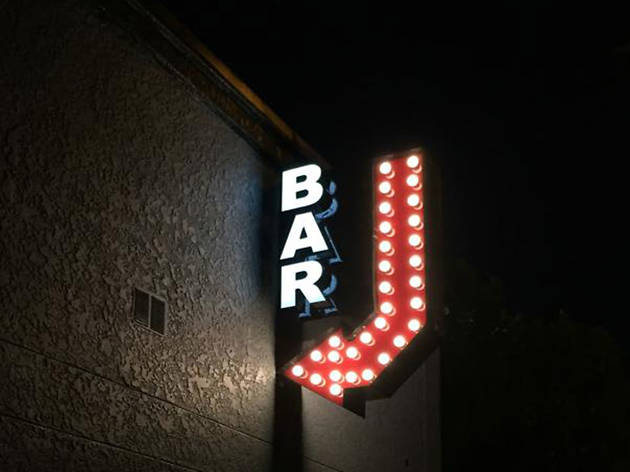 Live music, karaoke, trivia—Alex's Bar is a neighborhood dive that takes its entertainment seriously. You'll find a new band playing almost every night (cover is usually only $5 before 10pm), plus a dedicated crew that shows up for Monday night trivia. Cheap drinks—mostly beer—make this bar easy on the wallet, and the crowd is often an easy-going, local group who are quick to make friends. Just watch for elbows being thrown in the occasional mosh pit. 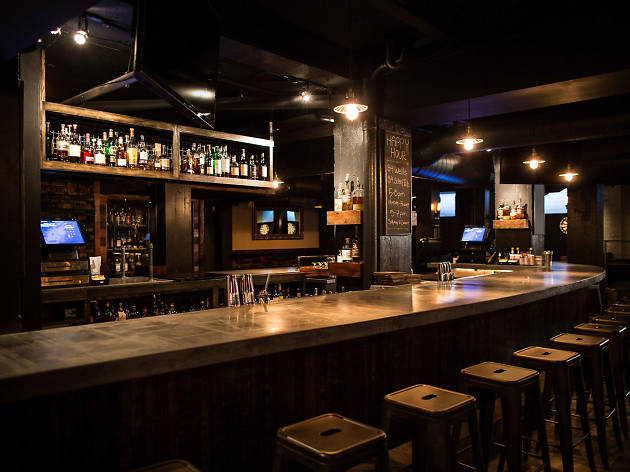 Whiskey lovers, take note: The Blind Donkey is a whiskey haven, a veritable treasure chest of brown liquor variations. American, Irish and Scottish whiskeys abound, along with Japanese, French and Canadian bottles. Sample a few different kinds with a selection of flights starting at $10, or head straight to the cocktails: Old Fashioneds, Moscow Mules, California Sours and more are on the menu.