Phenomenal cocktails and a whimsical atmosphere sets the standard at this Cuban-themed bar from the Houston brothers.

In LA, Houston Hospitality bars have become known for their immersive themes and elaborate entryways. Patrons at Good Times at Davey Wayne’s step through a refrigerator and into the 70s. At Break Room 86, an 80s flashback awaits behind a retro vending machine. In the whimsical world of Mark and Jonnie Houston, everything is not always as it seems—a tradition that started with La Descarga, the first generation of sophisticated speakeasies that would become the brothers’ calling card. From the street, La Descarga appears only in name on an otherwise nondescript East Hollywood apartment building. After you’ve cleared the doorman and crept up a dingy, candlelit stairwell, you are greeted by a hostess who directs you through a dusty armoire leading not to Narnia, but old Havana. As you descend the spiral wrought-iron staircase, you’re transported to a night club in 1940s Cuba, where opulence meets urban decay. Chandeliers hang from distressed ceilings and candles flicker at intimate leather booths, creating a tarnished elegance that is warm, sultry and hauntingly beautiful. Live musicians play nightly from the overhead balcony, where dancers shake their assets during burlesque shows Thursdays through Saturdays. LAX may soon be offering direct flights to Havana, but until then, this is the closest you’ll get without a passport.

Good for: Celebrating a special occasion with a small group or a hot date. It’s an intimate space and a classy joint, so reservations are required along with an upscale dress code. Book ahead, put on something nice and treat yourself. If you’re with a group, you’ll want a table—especially if you opt to get your cocktail in a punch bowl.

The scene: A well-dressed, slightly more mature crowd fills all available space in this pocket-sized palace. The atmosphere starts out reserved and gradually livens up, with a background of salsa music punctuated by the sound of cocktail shakers and the fragrance of freshly muddled mint—someone’s inevitably going to order a mojito, after all. If you don’t have a table, it’s standing room only, but you won’t mind when a saxophonist bursts into song in your midst and you realize you’ve got the best view of the burlesque show. After you’ve joined in on a chorus of "Guantanamera," your standing area becomes a dance floor, and there’s no use resisting.

Drink this: As it’s Cuban theme would suggest, La Descarga’s bar program is primarily centered around rum, and for true connoisseurs, its large selection will not disappoint. On the cocktail front, bar manager Justin Roberts has created a menu that is thoughtful and cohesive, with unexpected touches of whimsy and complex flavors that go well beyond the mojito. A less imaginative imbiber may be tempted to go that route, and surely you’d get a great one here, but it would be a travesty to not sample the rest of La Descarga’s offerings, where all spirits and ingredients are given ample opportunity to shine. As far as rum drinks, we loved the Petite Zombie ($12), a refined version of the notorious tiki grog made with Smith & Cross rum, Abuelo Anejo rum, Hamilton 151 rum, falernum, absinthe, grenadine and lime with a dash of barrel-aged bitters. Served up in a classy coupe, it’s a balanced, bright and refreshing alternative to the sugary death sentence of our foggy past. The Mama Juana ($14) also stole our hearts with its sweet-savory combination of top-shelf El Dorado 12-year rum, pineapple, lemon and house-made tamale syrup. For non-rum-drinkers, the aptly named Vacation Station ($12) is a beach holiday in a glass—blending Aviation gin, Absolut Elyx vodka, falernum, house-made mango syrup, lime and chocolate-chili bitters and appropriately garnished with a cocktail umbrella. Our absolute favorite, however, was not a rum drink at all, but Roberts’ tropics-meets-timberland take on a Southside, the Vermont Side ($14). Pine needle syrup and Douglas fir eau de vie aren’t ingredients you often see on a menu, and we were admittedly skeptical, but the flavors mingled in subtle harmony with the Bulldog gin, honey, lime and pineapple.

Our tip: If you’re stoked on stogies, you can light up a cigar and sip rum at La Descarga’s cigar lounge, just down the corridor from the main bar. The open roof means you can smoke “inside” with a bunch of guys who look like the husbands of the Real Housewives of Miami. 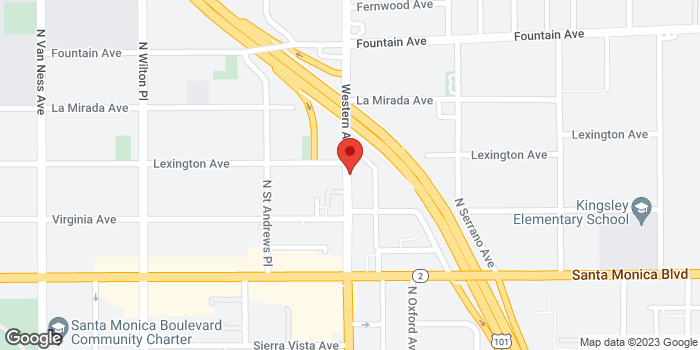