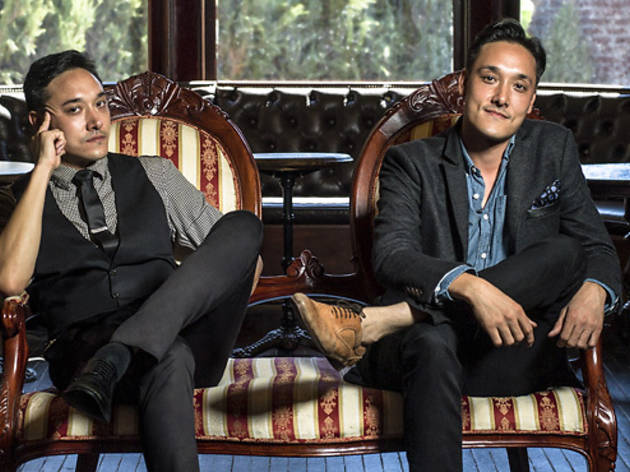 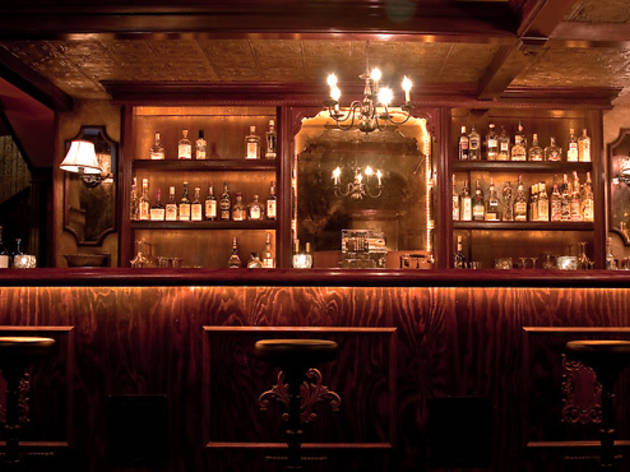 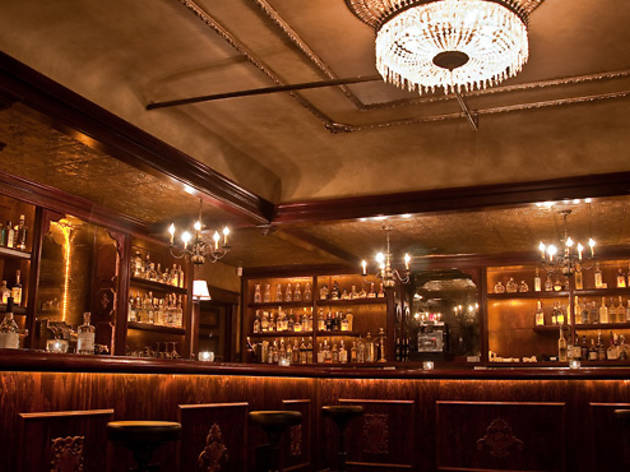 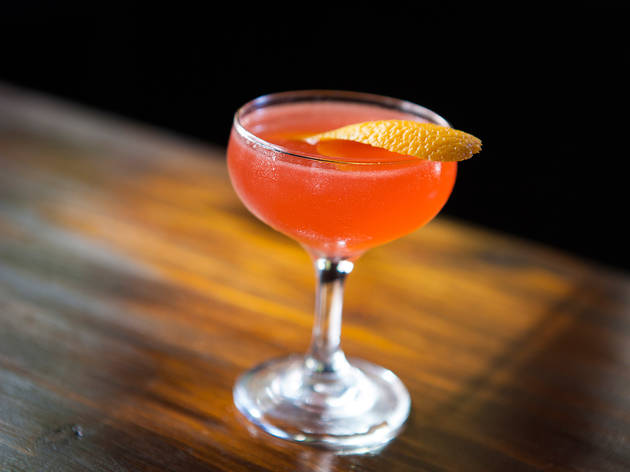 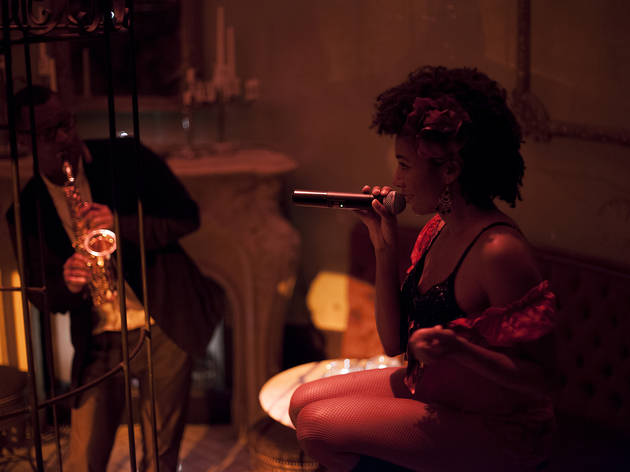 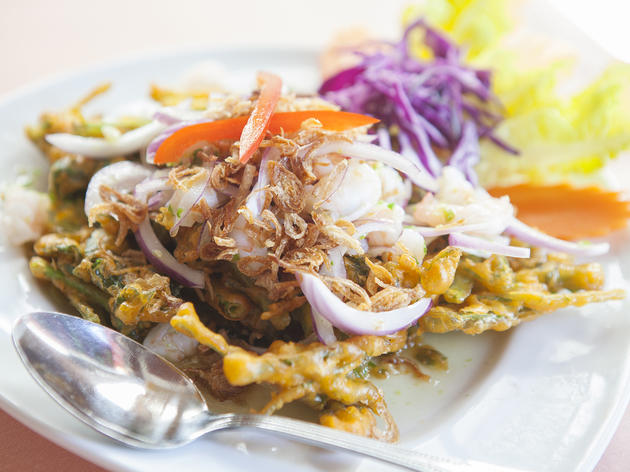 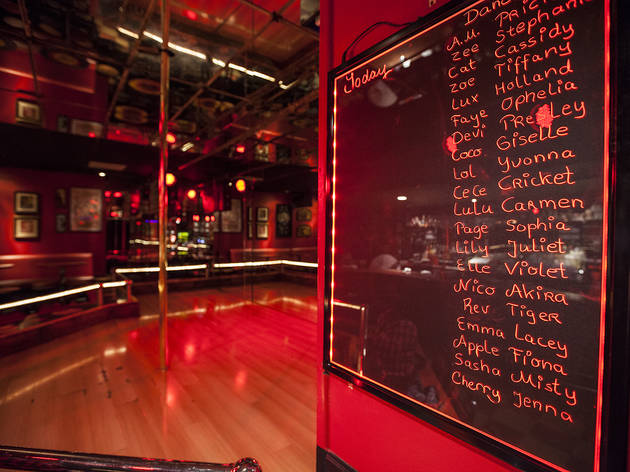 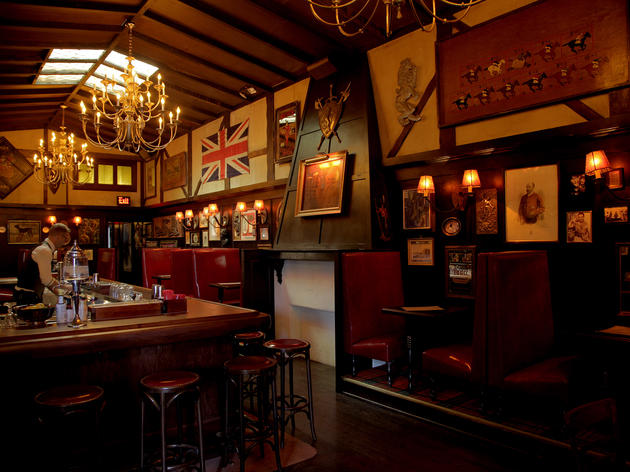 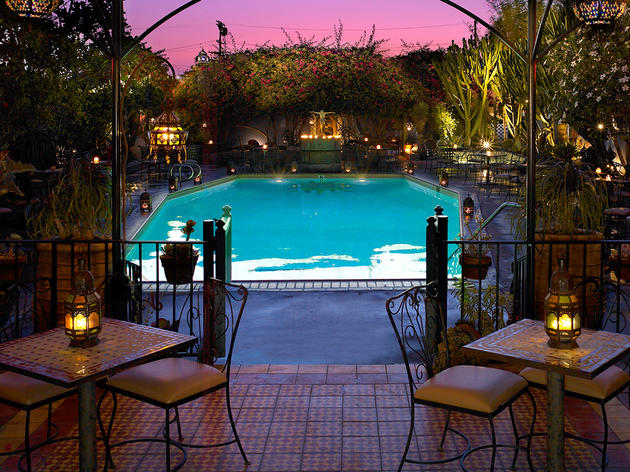 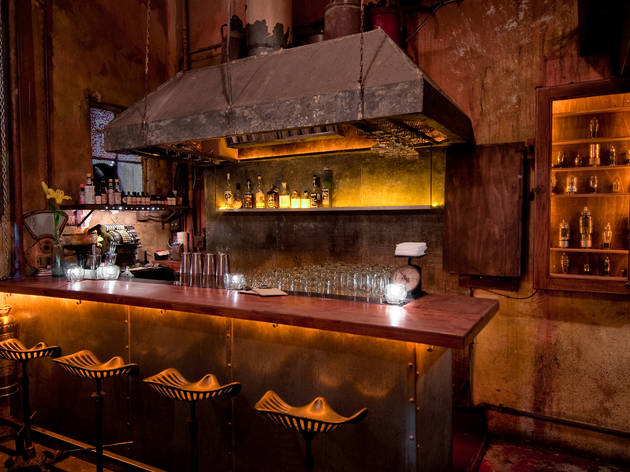 Jonnie and Mark Houston are reinventing Hollywood nightlife from bottle service nightclubs to cocktail-focused, themed venues like Harvard & Stone, La Descarga and Pour Vous. The twin brothers are busier than ever with five upcoming projects, including the soon-to-open No Vacancy, a brothel-themed speakeasy called Hush Lounge, Hudson Bistro in Hollywood, a takeover of the Falcon and the Speek at the Line Hotel. The budding empire builders dish on their favorite LA hangouts, drink of choice, hangover cures and getting competitve from sports to girls.

Time Out: No Vacancy is your latest project opening early Spring. What was the idea there?
Mark Houston: While our other concepts have been inspired by our travels abroad, No Vacancy is closer to our hearts. We’re paying homage to Old Hollywood and what the bar once was—a house built in the early 1900s. We restored the house as much as we could and brought it back to life with every little detail from the knobs to the antique wallpapers from the 1930s. The redesign and restoration was a history lesson of LA and its culture throughout the years. It feels like you walked into Old Hollywood with classic cocktails and old-school entertainment, incorporating a wire walker and tight rope act.
Jonnie Houston: Mark and I both have a strong passion for design, particularly interior and architectural design. 50% of what we do is being able to design and conceptualize and watch it come to life. On our days off, we’re at salvage yards sifting through antiques and going antique shopping at the Rose Bowl on Sundays and San Francisco's Alameda Swap Meet every first of the month. Finding that special antique or that special piece that’s going to make your next project amazing is something that we live for.
Mark: The way I see it, if we weren’t running bars, we would be designing amazing spaces. We enjoy the challenge of creating and building. Our dad was a carpenter and we learned a lot just by observing and then by actually doing. That was our first step towards nightlife and being able to create something. Our goal is designing hotel spaces, which we’ll get the opportunity to do very soon. We’re working on a project in Koreatown [the Speek at the Line Hotel] designing a few suites and a bar-lounge with music, karaoke and cocktails that incorporate Asian produce and spices. It’ll probably open July of next year.

Time Out: How have bars changed in the last few years and what trends are you excited about?
Jonnie: It seems like everybody’s doing cocktails now, which is great because everyone’s embracing the culture. Whereas back in the day, there were sit down-only places with hardly any music and you had to be quiet; now, people want to have fun with great entertainment and cocktails. It doesn’t make a cocktail bar any less legitimate or respectable if you’re having fun, too. When we started Harvard & Stone, we had the R&D bar, which I see as a new trend at Eveleigh and Sassafras with guest bartenders creating a different cocktail program every night.
Mark: We love the craft cocktails we implement in all of our spaces, but we’re trying to create an experience. At Pour Vous, maybe you're transported to Paris for those four hours. You’re in another place other than LA. It’s also nice to offer a venue that allows people to dress up a bit. If you’re wearing shorts, flip-flops and a T-shirt, you’re going to feel a little awkward because the space and the sophisticated feel of the space lends itself to people dressing up in a cocktail dress or a suit.
Jonnie: It makes you want to dress up and be a part of that experience. LA lacks some culture in some ways and we want to bring different cultures that we've experienced, like through our travels to Cuba and the Caribbean, to open a venue like La Descarga. My traveling to Paris resulted in wanting to do Pour Vous. People have the misconception that we’re in this business to only sell booze, but really what we’re selling is a vibe and an experience, which incorporates design, a great cocktail program and entertainment that take you out of your everyday life.

Time Out: Favorite architecture in LA?
Mark: We love the history and architecture of the Chateau Marmont, which is unlike any in the city. You feel like you’re not in LA. The Eastern Colombian building Downtown is a beautiful building that’s kind of Art Deco. I also like the Wiltern. There are so many great buildings in LA.
Jonnie: Let’s not say "so many," maybe "some." Downtown has a lot of beautiful buildings. Hotel Figueroa is a beautiful, sexy, little hotel.

Time Out: Favorite places to eat in LA?
Mark: Jonnie and I live a block from each other in Hancock Park and we love Café Gratitude—the food's healthy, delicious and you feel good when you eat it. I usually order the I am Warm-Hearted [grilled polenta with mushroom ragu, spinach, cashew cheese and basil] and I am Grateful [with quinoa, kale, back beans and garlic-tahini sauce]. I also like Le Petit Greek and get the vegetarian platter. But, we have our own taste.
Jonnie: [Laughs] Yeah, I go to the pizza joint next door, Village Pizzeria, and get a slice of the artichoke pizza.
Mark: I also like Mo-Chica, too. The ceviche and the pizza salad... Ricardo just nailed it with the food.
Jonnie: One of my favorite Thai restaurants is Jitlada. I love their fried Morning Glory and I always get the green curry—so delicious. They not only serve Southern Thai cuisine but also Northern and it's rare to have both. The menu is so extensive; it’s like they add on every week. Sugarfish always has good sushi. We pop into the Varnish and Cole’s for a French Dip sandwich. Our family loves Din Tai Fung for one of the best dumplings in LA. That’s one go-to place that we absolutely love.

Time Out: Where do you like to go on your nights out?
Mark: A bar that we loved growing up and still do is HMS Bounty—it was our dad’s favorite restaurant and bar. It's across the street from the Ambassador Hotel when it was there. We would sit in the back booth, which is the best booth in town, with our dad's name on it, so it’s close to our hearts. That's my favorite spot for and first place I had an Old-Fashioned.
Jonnie: Our dad loved the pork chop. He’d order the pork chop or baseball steak and mashed potatoes with an Old-Fashioned. We pretty much order the same thing when we have family dinners there.
Mark: Shatto Lanes—it's in walking distance to where we grew up on First and Vermont. We like the neighborhood-type feel in a bar—no long lines, no pretention, no bottle service and all that craziness, just great conversation and good people and music. We’re big fans of Sean McPherson and Jared Meisler and their bars the Pikey and Roger Room. Pattaya on Vermont for late night karaoke and Thai food. And, of course, there’s the famous Jumbo’s Clown Room.
Jonnie: We’ll go to the Spare Room too. We’ve bowled there a few times; unfortunately, they only have two lanes, so there’s always a long wait. I like their argyle socks and always pick up a pair. It’s kind of sad because we spend a lot of time in our own places. On our time off, we usually try to get out of town and shut the phones off. We try to get out to Napa and Big Sur and get away from the city and Hollywood.

Time Out: Any hangover cures?
Jonnie: Coconut juice the next day. It’s the most refreshing thing and it’s full of electrolytes. I get fresh coconut from a Thai restaurant called Prael on Melrose and Normandie. I’ll order a tofu soup and two fresh coconuts.
Mark: I just stay hydrated. Actually, I haven’t had a hangover in a long time.
Jonnie: Yeah, he doesn’t get many hangovers.

Time Out: You are twin brothers. What is it like working with each other?
Mark: We opened our first business, a pager store, when we were 19 years old. While I stayed in that, Jonnie opened up the first bar. It's great that we can work together again and be passionate about the same things. We’re yin and yang. Our different personalities compliment each other and we challenge and push each other to work harder.
Jonnie: Family is very big for us. Our older sister is the backbone of the family. She looked out for us growing up—our parents worked a lot—and was our rock. Even though we work so much, we try to spend time with family on Sundays. Our sister just had twin boys, so we like to go out to Studio City where she lives for lunch or dinner. It’s nice; it’s quality time.

Time Out: So who was better at sports?
Mark: In basketball, I had a pretty good throw and jump shot and my brother’s a good guard.
Jonnie: I'm really good at chess. I’m the brain, he’s the brawn. [laughs]

Time Out: And who got the girl?
Jonnie: Mark.
Mark: I’d say Jonnie. It goes both ways.
Jonnie: We do have different taste in women... Mark likes his a little bit more edgier. [laughs]