Take a look at the winning redesign for Pershing Square

Maybe architects Ricardo Legorreta and Laurie Olin thought they were giving the people what they wanted when they redesigned Pershing Square in the early 1990s. As it turned out, though, nobody really wanted a public park that was completely overwhelmed by concrete and dated postmodern decor.

Things might finally change for the Downtown park: The non-profit coalition Pershing Square Renew has selected French firm Agence Ter's proposal to redesign the despised green space. Councilman Jose Huizar revealed the winning team during a ceremony at the park on Thursday morning. 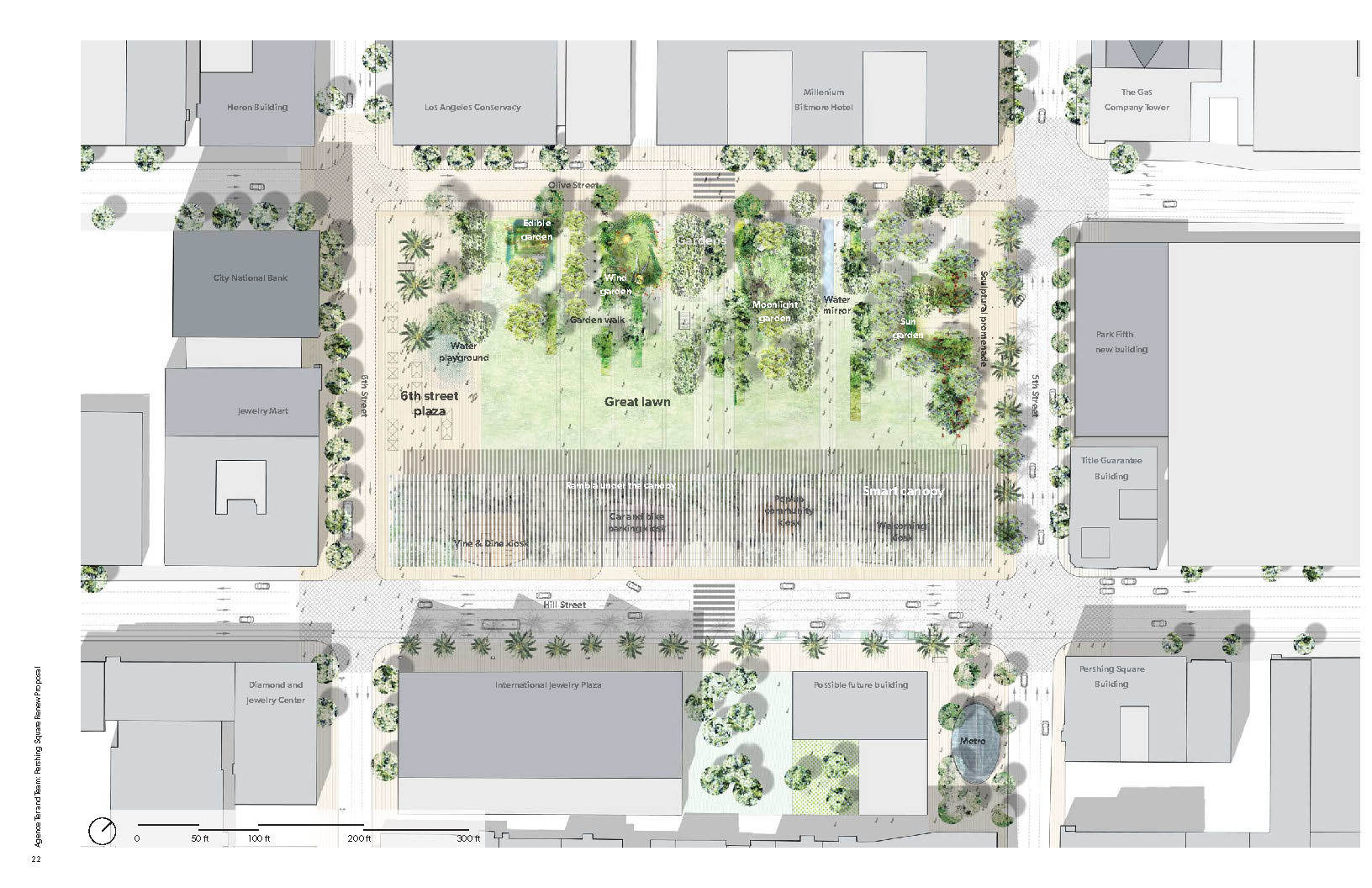 Of the four designs that had been chosen as finalists, Agence Ter's was the most restrained, but also seemingly the closest to what a Pershing Square redesign needed: trees, grass, open space and shade. Its flattened design would remove the top of the park's mostly underground parking garage and return the green space to street level—driveways and low concrete walls and steps currently keep the park from meeting the sidewalk. Renderings for its Millennium Biltmore-facing side showcase a range of public programming opportunities, from outdoor movie screenings to a night market.

Like all good things, there's a catch: The refreshed park could open by 2019, but it has to clear a city approval and public comment process first, according to KPCC. Additionally, of the park's $50 million estimated budget, the city currently has $1 million set aside and another $250,000 in commitments, with more revenue sources to be announced in the coming weeks.

Take a look at more photos of the Agence Ter plans below, as well as a video overview. All photographs courtesy Agence Ter. 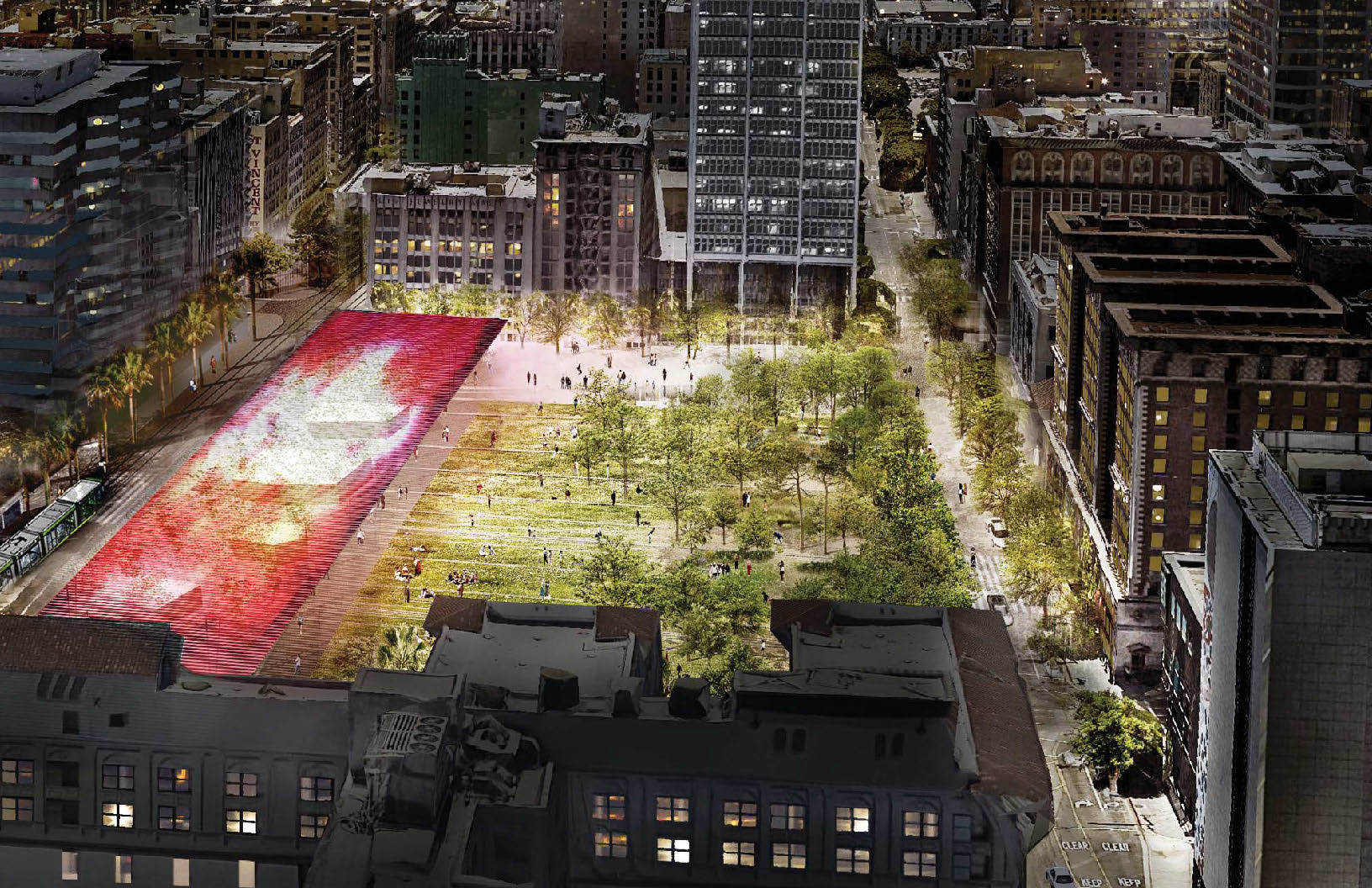 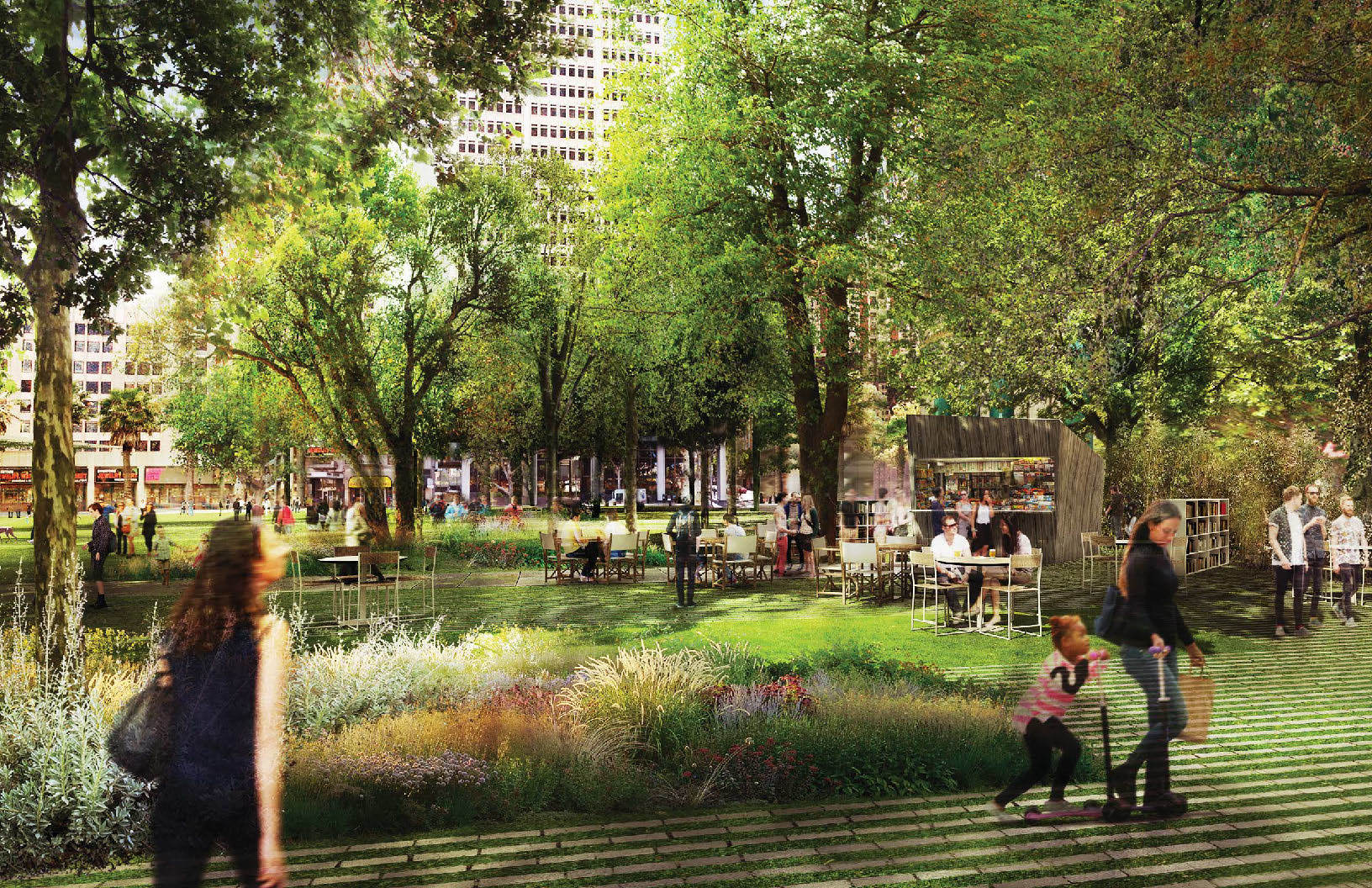 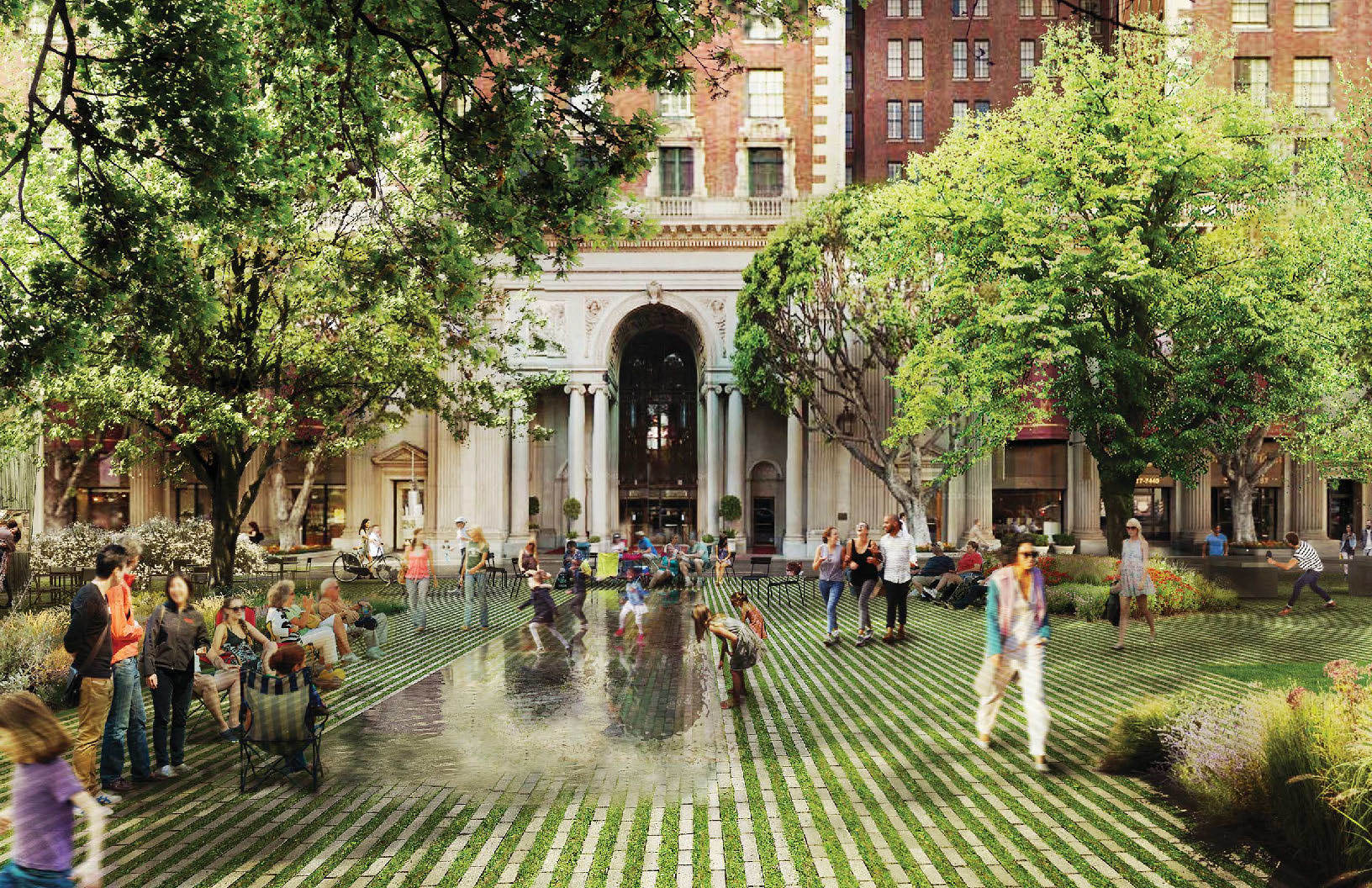 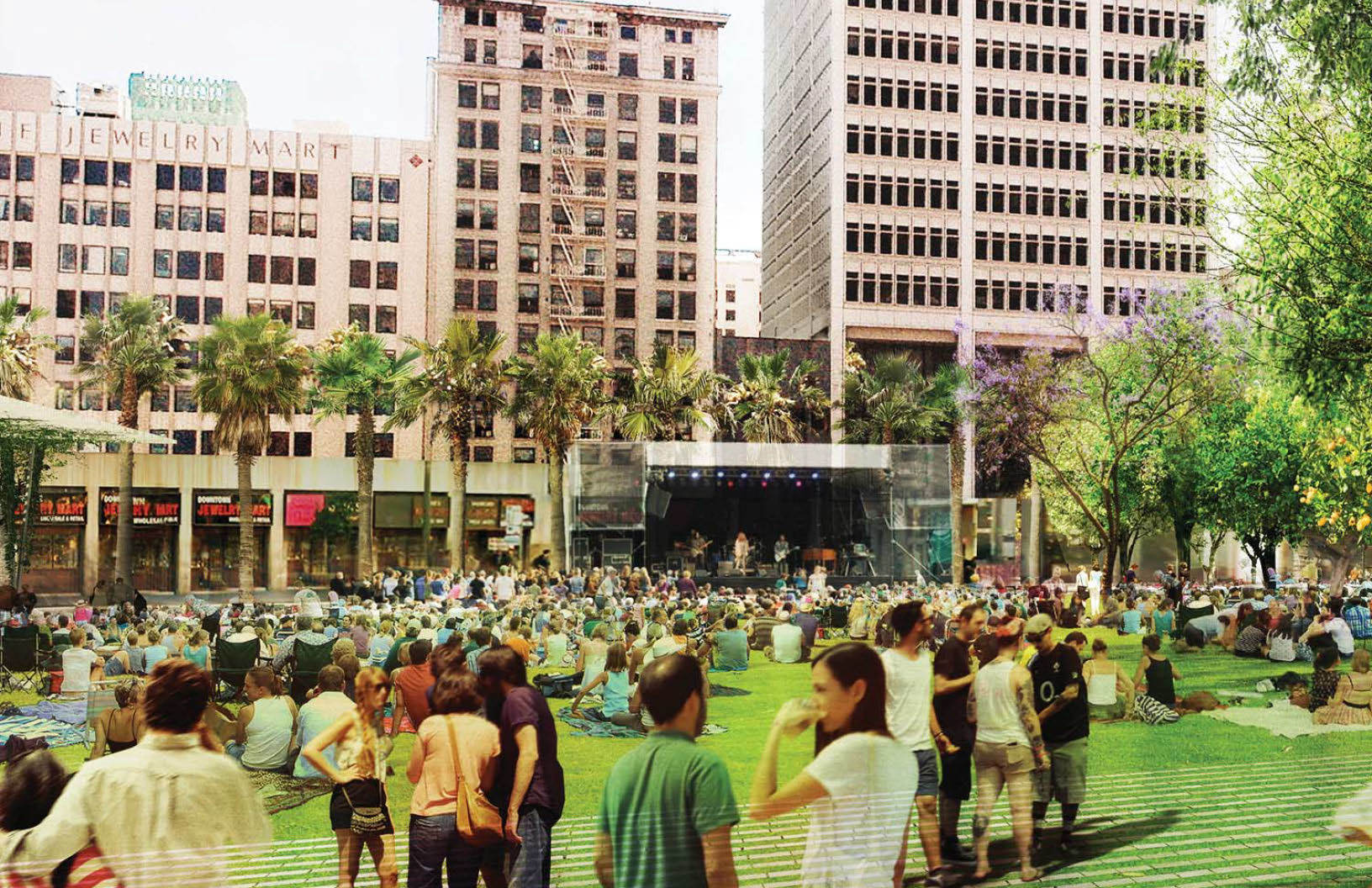 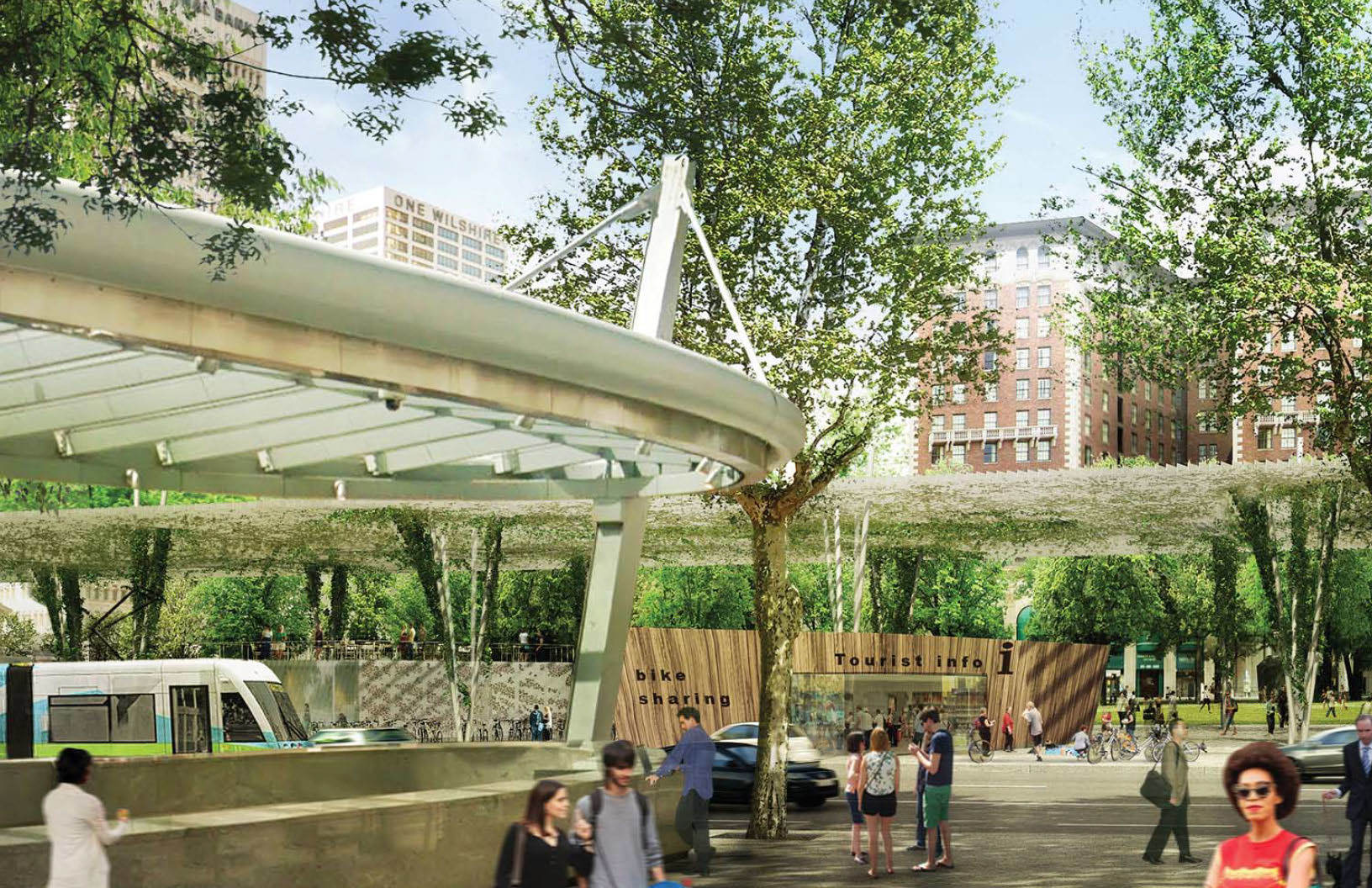 Agence Ter and Team from Pershing Square Renew on Vimeo.