Have you had it up to here with the mainstream gay scene in Los Angeles? Never fear, because percolating just under the surface of the usual gay cruising spots and gay nightclubs is a vast reserve of unpublicized nightlife opportunities. Fueled by quality talent and promoted with discretion, these weekly, monthly and off-the-cuff events showcase the brightest and most influential new faces on the scene. Get a leg up on the competition and check out the fashions, music and artists that everyone else will be rocking six months from now at the best underground LGBT parties. 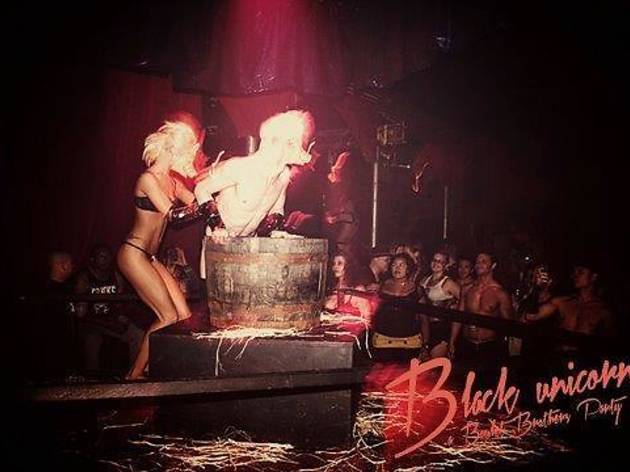 Over the past several years the Boulet Brothers have carved out a reputation as the hosts of dark and kinky pan-sexual bacchanals with a performative edge. Their Black Unicorn party immerses club-goers in a high concept environment where gothic S&M looks are re-imagined though a 90's club kid’s lens, all to a dark disco beat. Whether you're hoping to get pulled up on stage and spanked by a corseted femme in a unicorn mask or just prefer to watch, the Brothers Boulet have all your bases covered.

When: Varies
Cover: Varies
Dress code: Latex, Leather, Moulin Rouge effects, red & black, naughty nurses, vintage straight jackets, Sid Vicious goes to Versailles
Cruise factor: 7/10. With all these fetishes it can be a little tricky figuring out who’s into what. 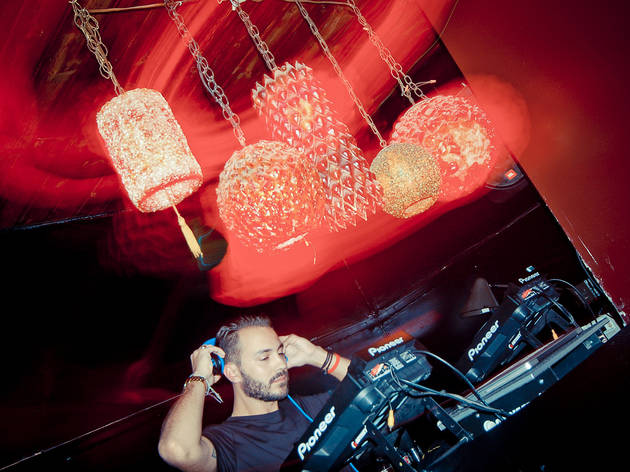 On the third Tuesday of every month, storied Silver Lake dive the Short Stop is reinvented as a gay bar by a collective of Eastside boys dedicated to bringing sweaty, scruffy, dance-filled good times back to the neighborhood. The bar offers inexpensive drink specials, the dance floor fills with nu-disco beats and an alley-like smoking gallery in back transforms into a hunky tableaux of modern gay bohemia. Consistently packed with an attractive and friendly crowd of local movers and shakers, Cafeteria offers a welcome respite for anyone in search of sexy, unpretentious and affordable good times.

When: Every 3rd Tuesday of the month
Cover: Free
Dress code: Facial scruff, vintage tank tops, body hair, 80 percent butch with unexpected feminine touches like a cocktail ring, American Spirits, Visine
Cruise factor: 8/10. In any other city everyone would need to get to bed early, but none of these creative types work a 9-5 so it’s worth a shot. 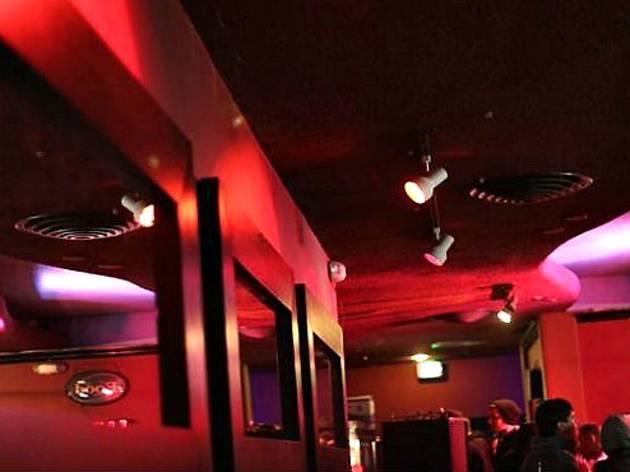 Scruffy, scrappy Lincoln Heights bar the Airliner is an inspired choice for a female-focused affair. Every third Friday of the month, Mugshot turns the joint inside out, pulling in big crowds for a raucous dance party. Outside, a foxy collection of bohemian femmes congregate on the two-story patio, while inside, resident DJ Automaton whips the ladies into a twerking frenzy with a rapid fire blend of bass heavy hip-hop and indie dance. With a revolving cast of performers and guest DJs to keep the night fresh, Mugshot has unexpectedly turned Lincoln Heights into a can't-miss third Friday night destination. For updates on parties, join their e-mail list. 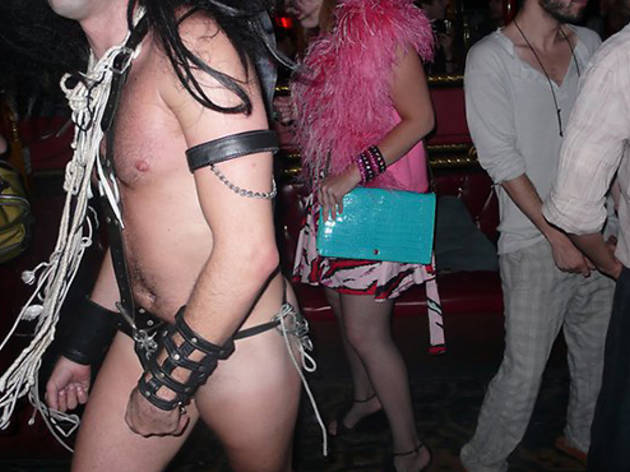 Since its inception in 2008, Mustache Mondays at La Cita has been become an institution amongst cutting edge queer creatives, who consistently bring their sartorial "A" game to the weekly extravaganza, which has recently played host to drop-bys from such heavy hitters as Azealia Banks, Diplo and Mykki Blanco. Attendees whirl, twirl and duck walk to the progressive house and hip-hop sounds of DJs Josh Peace and Total Freedom, while the outdoor seating area provides an ideal location for gossip, flirting and a never ending series of glamorous entrances. 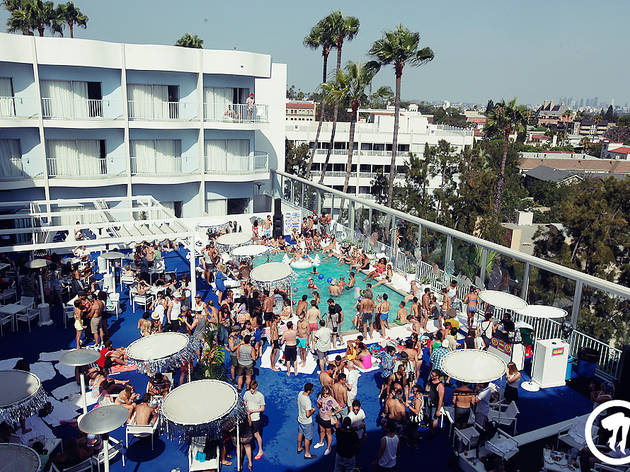 Billing itself as a "Pansexual Party Palace," Rhonda provides Los Angeles with that rarest of events: A fabulous dance party full of cuties where you, your best straight girlfriend and her best straight guy friend can all find someone to share a drink, dance or taxi ride home with. Team Rhonda transport their 90's uber-club vibe all over town from events at Los Globos to the Standard Hotel all the way down to Palm Springs. But wherever Rhonda happens, you can always count on major DJs like Aeroplane or Dimitry from Paris showing a crowd of good looking and creatively dressed people a very good time.

When: Varies
Cover: Varies
Dress code: Something ridiculous that your mom wore in 1991 before she became a Republican. Heels higher than you are.
Cruise factor: 7/10. The crowd skews to the young and cautious, but confidence will get you everywhere. 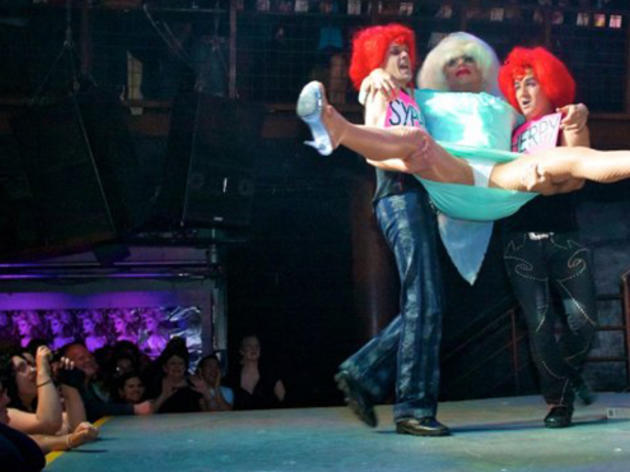 When: Varies
Cover: Varies
Dress code: Whatever you wear, it’s going to pale in comparison to what these queens bring to the table, so just dress comfortably and enjoy yourself.
Cruise factor: 4/10. People come for the show, but don’t let that stop you. 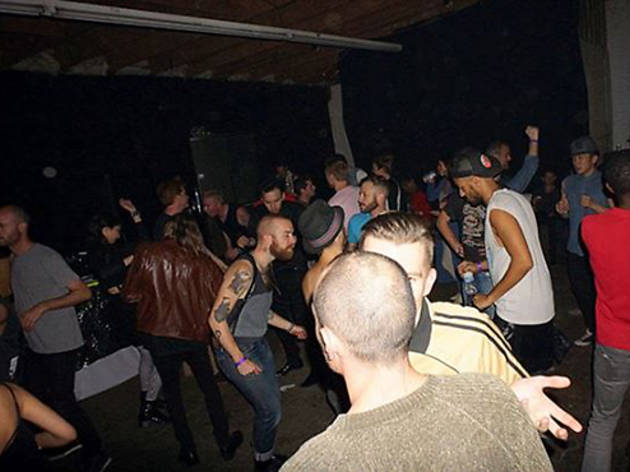 DJ/producer Chris Cruse and artist Chris Kreiling have established the ideal environmental balance between sleaze and sophistication with this roaming party dedicated to quality music and manly interactions. Lose yourself on the sweaty, barely lit dance floor as a well curated selection of skilled DJs double down on spacey disco and house music, then explore the provocative and interactive installation art, like a dark and twisting maze made from repurposed high school gym lockers. The handsome and uninhibited crowd provides the final component in one of LA's sexiest up-and-coming nightlife events. For party details, email thespotlightparty@gmail.com.

When: Varies
Cover: Varies
Dress code: Easy Access. Sweat.
Cruise factor: 10/10. It’s going to happen, although we can’t promise how much of it you’ll remember.