Night owls, artists, and musicians are the target at the Ace Hotel, which counts two bars, a New American restaurant and a lobby coffee kiosk as its public offerings. The striking 1920s architecture adds culture cred, though its occupants are likely to give more attention to the cocktail list than Spanish-Gothic motifs in the masonry.

Don’t underestimate the colorful history of this humming hipster hang: what was once the tallest building in L.A. (albeit just for a year) in 1927 also contains the crown jewel of LA’s emerging Broadway Theatre District: the United Artists theater, a 1,600-seat Spanish-Gothic Revival masterpiece adjacent to the lobby of the Ace Hotel. The opulent former movie palace has been retrofitted with modern digital projection and a cinema sound system—a similar thing has happened in the rooms, which retain tangible clues of their 1930s heyday (rough concrete, boxy layout) while adding millennial accents like Navajo blankets and white subway tile bathrooms. It’s a true artist’s loft, with extra space to sprawl out on the floor with a guitar (many rooms have acoustic Martin guitars hanging on the wall) or practice some in-room yoga. The intentionally bare rooms can be a nice respite after a rousing evening up on the hotel’s rooftop, a popular hang for zippy cocktails, DJ parties, and twinkling views of the DTLA skyline.

Location: Mid-block on South Broadway, the Ace Hotel makes it easy to tackle the many hidden gems of Downtown L.A., from speakeasy-style cocktail dens to modish restaurants that have become stars in their own right on Instagram. Look out for 7th Street Metro Center, a major transit hub that provides connections to Union Station and Koreatown.

Grand Central Market: Come hungry to this buzzing food hall, which sits under a mile from the hotel. The crowds are worth braving, when you consider the rewards: a glorious breakfast sandwich from the iconic Eggslut, say, or a plate of Hainan chicken from Sticky Rice.

White Boy Tacos: Barbecue pulled pork and whiskey-marinated steak anchor the menu at this fan-favorite former taco cart, which recently graduated to a permanent space up the block from the Ace.

Grand Hope Park: Dotted with fountains, picnic lawns, and bright pink benches, this bright oasis in the midst of dreary downtown LA proves the city has a sense of romance. Walk 6 minutes from the hotel to enjoy frequent in-park performances and other community events.

Clifton’s Republic: A 1940s canteen has reopened as an energetic 5-floor dining venue, with a sultry tiki bar and a jazz club built around a massive mock redwood tree that shoots up from the floor, all located 8 minutes from the hotel.

Good for: If nightlife is important to you, then access to the many surrounding bars and clubs—not to mention the hotel’s own rooftop and concert venue—will certainly be a motivating factor to book here. Add in the lively restaurant, Best Girl, which serves fresh oysters and kale salad with hijiki, and you’ve got yourself a full evening.

Time Out tip: Given the hotel’s rock ‘n roll propensities, it makes a good base for party animals who like to do their carousing in one spot, preferably with room service just a phone call away. If you and your friends like the idea of an all-night rager minus the clean-up, ask to upgrade to one of the hotel’s lofts (typically only $150 more than a regular room), which add conveniences like a kitchenette and leather upholstered seating, for your guests’ comfort. 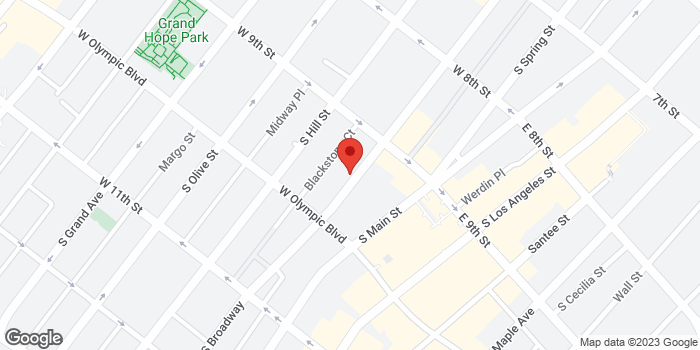