With 1950s-style cabanas and a refreshingly chilled-out pool culture, the retro-fabulous Hollywood Roosevelt offers glamor minus the cheap thrills. There’s also a library-themed cocktail bar, a swank, two-lane bowling alley and a 24-hour burger bar, so despite all the temptations along Hollywood Blvd, you never really have to leave the building.

There are probably ways to pull off a low-key, inconspicuous Hollywood stay, but this isn’t one of them. Everything about the Roosevelt is on a grand scale: from Marilyn Monroe’s legendary 2-year stay here, to the much-celebrated David Hockney mural painted at the bottom of the pool. More recently, the hotel has taken on a reputation as a haven for cultured elites, with New York magazine’s Vulture Festival taking place in the ballroom. But unlike other hotels who deliver big on the common areas and skimp on the rooms, the Roosevelt also makes a pleasurable place to sleep. Rooms are broken down into two distinct categories: “Cabanas” are exquisite, 1950s-style bungalows with palm fronds spilling onto the patio and direct pool access. Meanwhile, “Tower” rooms have the look and feel of sleek apartments, with canopy beds and hardwood floors (the bathrooms are big, and equally lovable). The anachronistic fantasy continues throughout the hotel’s five dining spaces, of which the two most popular are the tranquil Library Bar (a tiny spot without written menus) and Public Kitchen & Bar, a splendid brasserie in the Spanish Colonial Revival style, with long marble counters and a balanced menu (fettuccine alfredo, and 12oz bone-in ribeye). Like the rest of the hotel, the restaurant is best enjoyed in company—the shiny leather booths are big enough to squeeze in six around a table, at least.

Location: The Hollywood Roosevelt sits along Hollywood Boulevard, mid-way between the main intersections of La Brea Ave and Highland Ave. The Hollywood/Highland metro station is a block away, and there are dozens of restaurants and attractions to choose from along the strip.

TCL Grauman’s Chinese Theater: Walk out the front door, and you’ll be face-to-face with the famous movie theater, which reopened after extensive renovations in 2013, and offers one of the largest IMAX theaters in the world.

Hollywood Bowl: Less than a mile from the hotel, this 18,000-seat venue hosts concerts ranging from pop to rock to classical, and makes for some seriously impressive night views of the Hollywood-scape.

Hollywood & Highland: On the same block as the hotel, this bustling shopping center has a little something for all, from Dave & Buster’s arcade hall to Victoria’s Secret to the famous Dolby Theater, where the Academy Awards takes place each year.

Mashti Malone’s: Easily one of L.A.’s most iconic ice cream parlors, this family-run business sits two blocks from the hotel, and offers unique Persian flavors such as rosewater saffron and orange blossom.

Good for: While history buffs will eat up all the old-Hollywood lore infused into this building (it hosted the first-ever Academy Awards ceremony in 1929, and remains the oldest continually operating hotel in L.A.), the weekly poolside movie screenings make a nice backdrop for a romantic weekend or getaway with friends.

Time Out tip: Late night munchies have met their ultimate match at 25º, the Hollywood Roosevelt’s 24-hour burger bar. Yes, you read that right—the counter will let you build-your-own burger (ground chuck, English farmhouse cheddar, caramelized onions please) at 3am, a time when most other places would slam the door in your face. 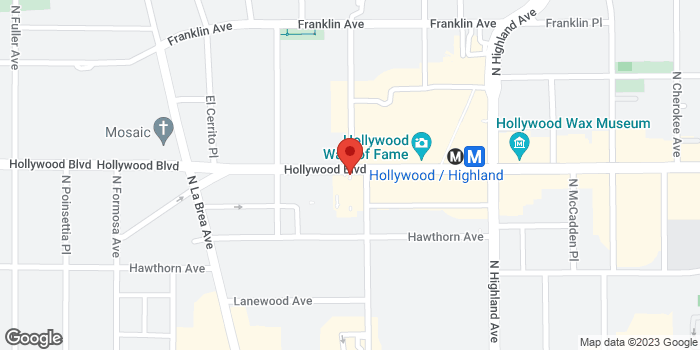 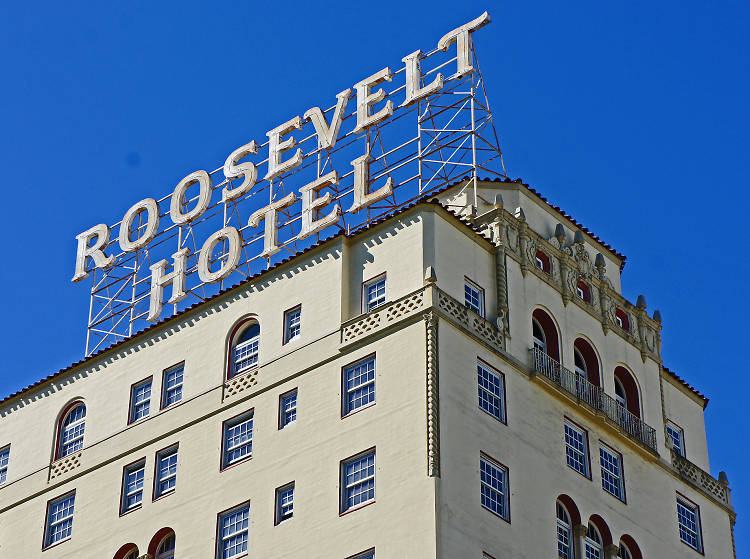 Plunge into the deep end while watching a slate of movies (sometimes ones filmed at the Hollywood Roosevelt) during this outdoor screening series at the Tropicana Pool & Cafe. You’re welcome to get wet (towels, blankets and heaters are available on a first-come, first-served basis) or stay dry. Tickets are available by the bed (two to four people comfortably).