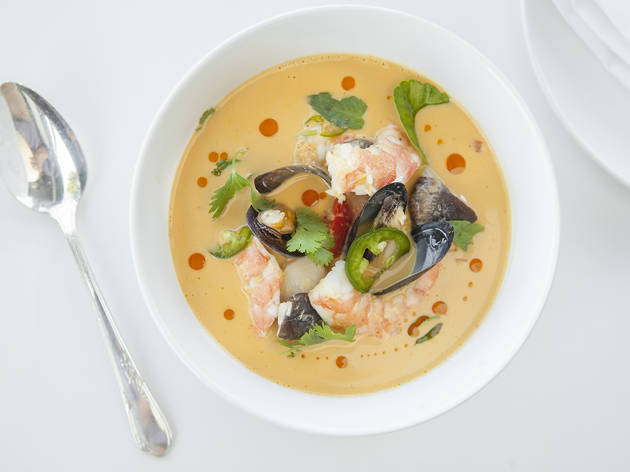 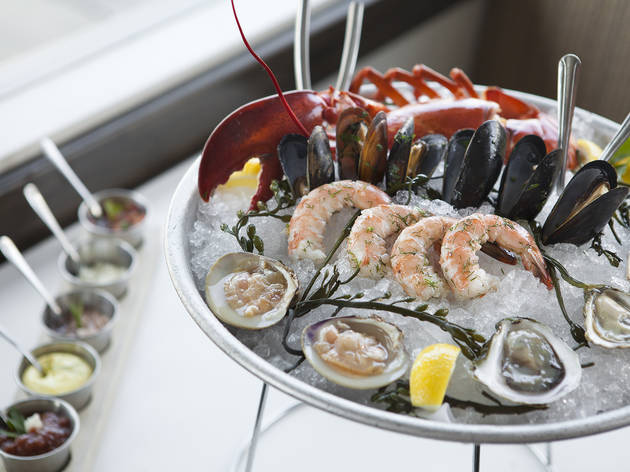 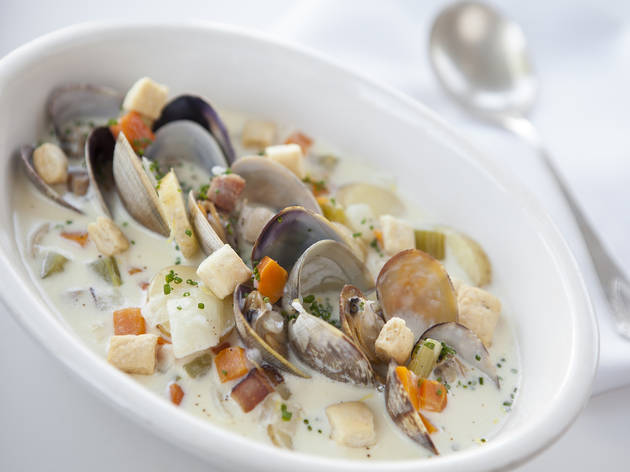 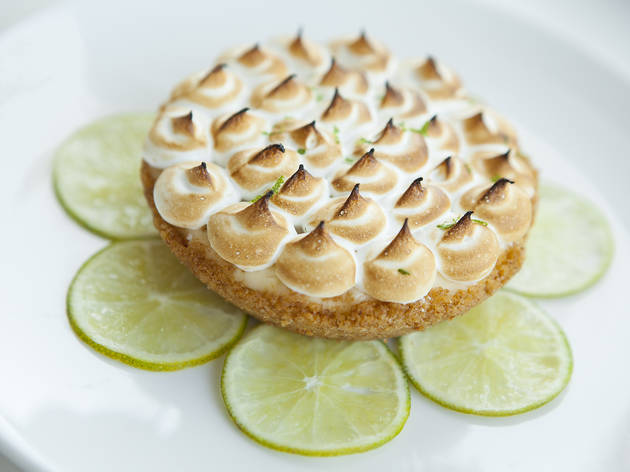 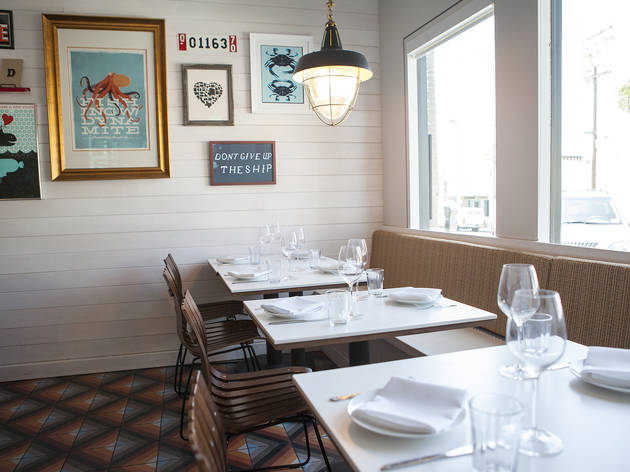 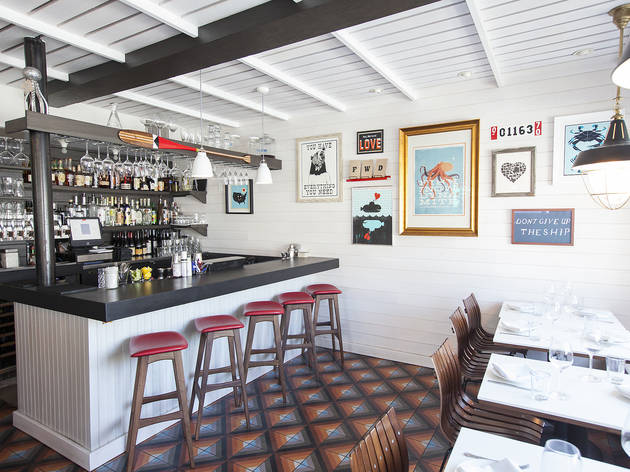 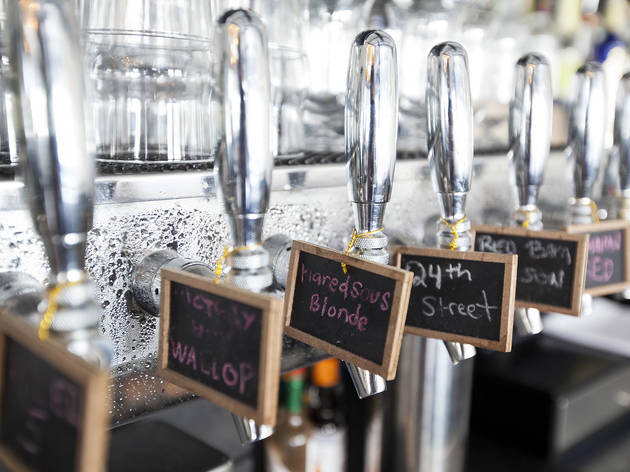 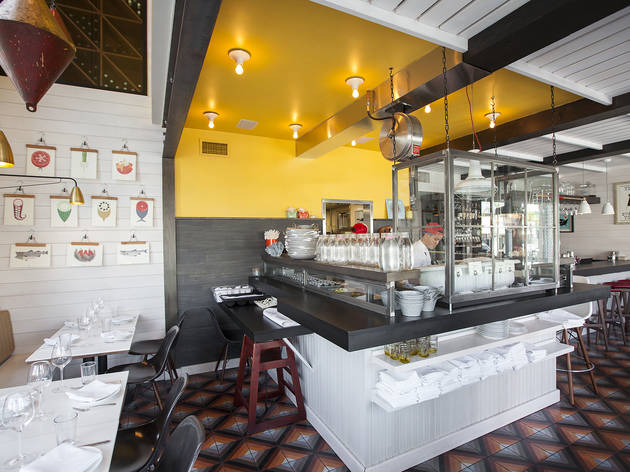 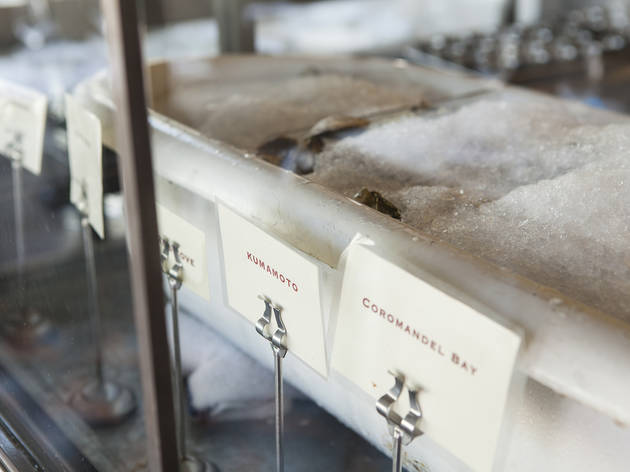 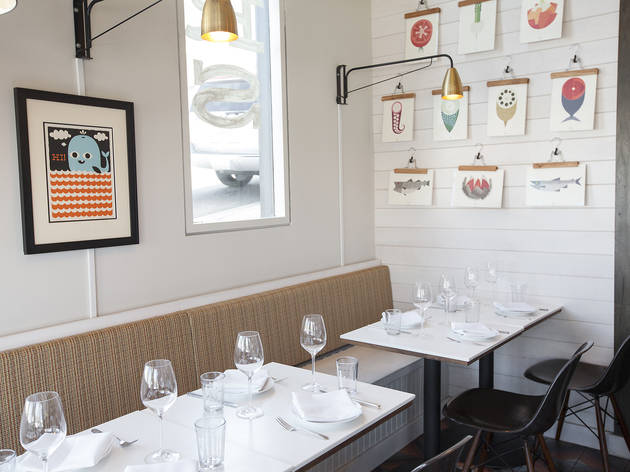 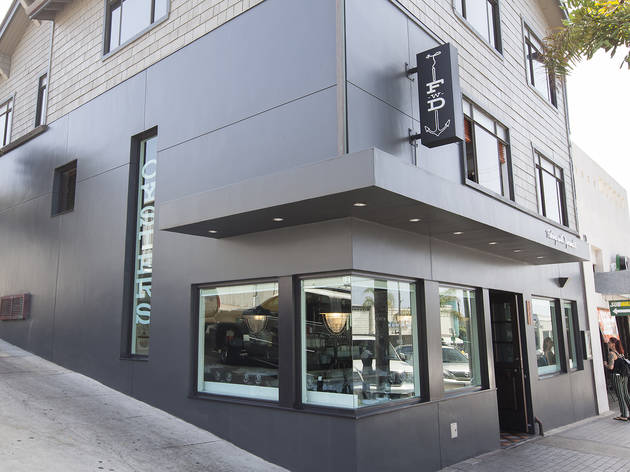 David LeFevre's fever for fresh bivalves blows coastal dining doldrums out of the water, showcased in sterling specimens of jumbo shrimp, live Peruvian scallops, Littleneck clams, PEI mussels and oysters pulled from all directions to grace the restaurant's showpiece shellfish towers. The MB Post chef also offers tailored renditions of tried-and-true cooked seafood classics from across the seven seas, frequently revealing recipes that surpass their archetypes, as in a cozy coconut-tinged Thai broth brimming with shrimp and mussels ($11) and an Asian pear and kimchi–spiked albacore tartare ($12) that obliterates the ubiquitous (and often bland) menu item. Certain cooked entrées fall short of the simple, superior shelled starters. Clam "chowdah" ($6) fails to sound the bells of New England nostalgia: More like a cup of watery, cream of potato soup, it needs more than three clams, despite the pleasurable additions of thick Nueske's bacon, Weiser spuds and housemade oyster crackers. Regardless, you can't miss with the mollusks and crustaceans—squeaky fresh scallops on the half shell ($13, half dozen) and creamy, plump PEI mussels ($9, half-pound)—arguably the whole point of LeFevre's swan dive into a South Bay sequel and unquestionably the reason this diminutive restaurant is so hard to get a seat at right now.

Eat this: Luxurious raw bar additions such as Channel Islands sea urchin, Dungeness crab and Atlantic lobster can upgrade tiers from S.S. Minnow ($39) to Queen Mary ($75) and Mothershucker ($145), making for pristine, pamper-worthy plates worth the prices. "New School" dishes reflect the regional fixations of the contemporary US chef in a black miso cod with adzuki beans and pickled ginger ($16), steelhead trout with unexpected, gentle acidity from capers and sultanas ($14) and a bowl of mussels and shrimp bobbing in a Thai coconut broth with rice noodles and kaffir lime leaves ($11). Bright, creamy key lime pie ($7) makes for a perfect, palate-puckering finish.

Drink this: A long set of beers mostly screams locals-only, with plenty of higher alcohol ales to face down rich and delicious dishes such as pork belly confit with white corn grits and green tomato chutney. Jerry Garbus' excellent cocktails ($12) veer towards the lighter side of the spirit force to give all these briny flavors a little breathing room, getting gin, tequila, beer, pisco and vodka mixed up with strange fruits, lavender tinctures, beer flips, smoke and pickled onions.

Where to sit: Inside the sheer white of a Cape Cod clapboard are splashes of quirky cartoons of sea critters framed above a harlequin floor. Though the raw bar is at the fulcrum of the action, you'll get in where you can at this tiny space then try to hear your companions above the booming baritone of Biggie Smalls.

Conversation piece: You'll typically find LeFevre in the center of the action, entrenched like the Pope behind the glass partitions of a boxy raw bar. Blunt blade in hand, the chef nips and tucks, composing shellfish towers with the dexterity, deliberation and style you'd expect from a former Water Grill chef. All the while, the seafood fanatic discourses like a marine biology professor who just happens to be shucking shells on sabbatical. —Hadley Tomicki