In 1903, Auguste Escoffier published Le Guide Culinaire, a cookbook of French recipes and techniques still heralded as the gold standard by today’s classically trained chefs. Within the pages of its English translation, you’ll find now-common French culinary loanwords like bouillon, roux and consomme, along with plenty of ways to prepare meat, seafood, poultry and game. Substitute plants for dead animal products, and the vegetarian tasting menu at Koreatown’s Le Comptoir—literally, “the counter” in French—honors Le Guide in just about every way, though you’ll still find supplementary meat and seafood options available.

Run by French Laundry alum Gary Menes, the 10-seat chef’s counter inside Hotel Normandie dates back to 2014, with previous pop-up stints in Glendale and Downtown, and was awarded a star when the Michelin Guide returned to L.A. in 2019. While this makes Le Comptoir a relatively long standing trailblazer in the realm of plant-based fine dining, a meal here—though interesting, painstakingly sourced and obviously well-made—is unfortunately nothing to write home about in terms of actual flavor. In this way, the Koreatown chef’s counter is no different from the famed Napa Valley restaurant where Menes first cut his teeth professionally, part of an elegantly stagnant scene which the New York Times described as “delicious and dull.”

Compared to that milieu, Menes, a Long Beach native, has put his own unique spin on an elaborate, tweezer-appointed tasting menu, but the core of Le Comptoir remains welded to the timeless, if slightly boring pairing of time-honored French cooking techniques and California’s bounty of seasonal produce. In true artisan culinary fashion, I dipped a craggy hunk of bread made with Menes’s 27-year-old sourdough starter, received a starter plate containing an astonishing number of unique fruits and vegetables and even sampled marmalade made with oranges picked from a 50-year-old tree grown by the chef’s parents.

In all ways, fastidiousness and commitment to craft threads itself throughout the eight-course meal to the point of coming off as overly affected. This might have wowed anonymous restaurant guide inspectors, but the team’s attention to detail unfortunately doesn’t necessarily translate to better results on the plate.

In short: Le Comptoir is pure Michelin guide fodder with a slightly SoCal twist, for better and for worse. The starter plate containing 35 different fruits and vegetables (as Menes’s apprentice cheerfully informed me) is loosely inspired by the gargouillou dish at Le Suquet in Laguiole, France, which had three stars for many decades and now has two. The cauliflower green garlic velouté is literally one of Escoffier’s “mother sauces” made with veggie, rather than chicken or beef stock. Topped with cashew yogurt and bread crumbs, the creamy soup was rich and satisfying, as was Le Comptoir’s signature baked egg with lettuce and aforementioned housemade sourdough bread.

Other dishes, however, fell flat, like a winter squash rôti—not to be confused with the South Asian flatbread—bathed in a flavorless broth. Even a smidge of pistachio and parsley-based vierge (yes, another obscure French sauce) didn’t help to assuage the dish’s general blandness. The final course, dessert, consisted of a single doughnut hole with a smidge of marmalade, chantilly cream and chocolate. While delicious, I imagine many people would like more than one.

Though plenty of diners come to Le Comptoir for the epicurean thrill of dining up close and personal with Menes or the entirely vegetarian cuisine, the current price of the standard tasting menu ($175 per head, rising to $230 with gratuity and fees) doesn’t adequately justify what the diner receives in either taste or portion size. Though the chef himself doesn’t currently consume meat, seasonal add-ons like Maine lobster and Berkshire Farms pork belly are available for $25 apiece. With less expensive but equally innovative tasting menus having taken L.A. by storm, Angelenos currently have a plethora of options in the under $200 range. Unless you’re vegan or vegetarian, Le Comptoir likely shouldn’t make your final cut.

The vibe: A reservation-only 10 seat chef’s counter inside the slightly shabby Hotel Normandie. Special occasion couples, all gussied up, dine alongside more casually dressed Michelin star-chasers, but general ambience will vary depending on the night. Less than two feet away from your plate, Menes and his team conducts their own culinary orchestra, providing the main source of visual stimuli for diners as the chef’s own eclectic mix of jazz, classical and contemporary music plays from above.

The drink: A $125 French wine pairing amounting to about three full glasses of wine—which raises the per-head price of dining at Le Comptoir to $300, a price point with an abundance of other options in L.A. You can also order single-origin coffee at the start of the meal for dessert.

Time Out tip: If the contents of this review or sheer price point haven’t deterred you from booking a table, then you should preorder one of Menes’ excellent sourdough loaves, which you can add onto your reservation. 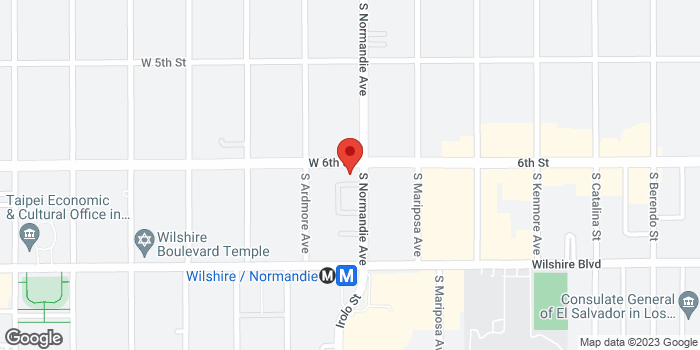