Maude is now a quarterly tasting menu that focuses on the world's top wine regions, as of January 2018. Find more on the new concept here.

A celebrity chef opens a Beverly Hills restaurant—cue the eye roll. Before opening Maude, Australian chef Curtis Stone was as well known for his television cameos as he was for his cooking: Iron Chef, Celebrity Apprentice, Around the World in 80 Plates. Add a hard-to-get-into (it took me months to get a reservation), 25-seat restaurant that serves a multi-course meal centered on one ingredient, and the eye rolls intensify. Yet Maude is not flashy. Its menu, which changes every month with a new seasonal focus, is well thought-out. And Stone’s food is undeniably fantastic.

If you sit at the kitchen counter, you may be equally distracted by the rows of dainty vintage tea cups that hang from cupboard hooks as you are by the meticulous plating going on in front of you. Stone may have named the restaurant after his grandmother, but Maude feels like a grandmother too, in the most charming of ways—cozy and cottage-esque, like a warm hug that smells faintly of mint (and, on this night, almonds). Tea and crumpets don’t end up on your table, though—nine intricate courses do, starting with an amuse bouche in the form of a sweet almond madeleine. This is the terror of having a multi-course meal focused on a single ingredient—one bite and we were already wondering if the whole dinner would lean on the sweet side. Thankfully, that was not the case. What followed was a stalk of grilled baby gem lettuce that was savory and almost meaty, anchored by lettuce purée and dusted with grated almond. It came with a square of cheesy farro arancini, so satisfying it could have been a dish on its own.

Almonds were grated, blended, crumbled and puréed; they were conspicuously featured or beautifully hidden. That is the triumph of Maude: the diner becomes a detective, searching for the almond (or asparagus, or mushroom, or whatever) but soon forgetting about it because whatever you have in your mouth is just so damn good. One of my favorite dishes of the night arrived early on: a bowl of English pea soup with almond foam and pickled ramps, swirls of buttermilk and Aleppo pepper. Whole peas delicately popped in my mouth with each spoonful. Another plate was blinding white, with thin slices of seared cuttlefish, jellied turnip, tapioca pearls and poached white asparagus that melted while eating. The combination of textures was incredible.

Some almond iterations were questionable—a dry almond nut loaf with overpowering romesco sauce; a slightly overcooked halibut with almond panko crumbling. But there were more courses to make up for it, like tender quail (“A little bird,” our server solemnly noted after placing it on our table), tagliatelle filled with almond ricotta, and what seemed like endless mini dessert courses. By the time we made our way through the marzipan with fresh cherries, and the rosewater taffy, and the toasted almond coriander, we had converted to the Church of Almond. Eye rolls rescinded.

What to Eat: A nine-course meal inspired by one seasonal ingredient; prices vary (you’ll pay $90 for February’s parsnip, $125 for April’s asparagus). Some dietary restrictions can be accommodated—no pork, for example, or vegetarian substitutions if at least a 48-hour notice is given—while others (gluten free) are less feasible. Reservations can be made a month in advance by calling 310-859-3418.

What to Drink: A wine pairing is offered (the Classic, around three-quarters of the month's menu cost; the Reserve, slightly above menu cost), but if your wallet is already hurting from dinner, a fantastic list of sparkling, red and white wine is available by the glass, along with beer and non-alcoholic drinks. Order tea or coffee at the end and it’ll be served in the most darling vintage children’s tea cup—which, our server informed us, you can definitely find on Ebay.

Where to Sit: Maude has seven tables plus seating at the chef’s counter. The restaurant is small but not cramped, and I enjoyed sitting at the counter to watch the preparation of each course. 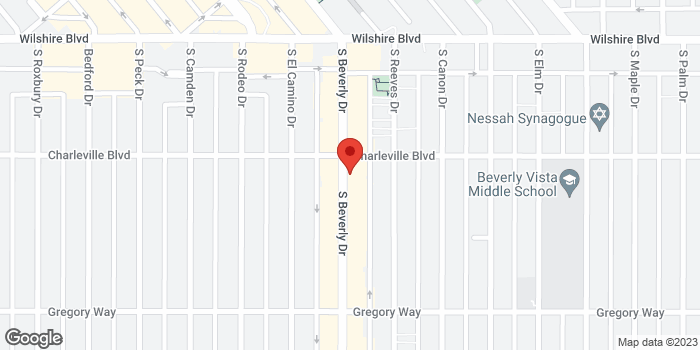