Mei Lin's given the Arts District—and all of L.A.—a strong contender for the best new restaurant of 2019.

September 2021 update: In March 2020, Nightshade closed for the foreseeable future due to operating concerns amid what was then a still-nascent global pandemic. Find Mei Lin's cooking at her new Westlake fried chicken concept, Daybird, which opened in March 2021.

I usually give a jaded shrug when presented with a “Best New Restaurants” list from any publication, but when it comes to 2019’s openings, any omission of Nightshade should be seen as a dereliction of duty.

The food at Top Chef winner Mei Lin’s first solo restaurant is as inventive, exciting and beautifully put together as any I’ve eaten in the United States in the last few years. It all begins with Hokkaido scallops ($23), currently ranked as my number-one favorite dish of 2019: The achingly fresh and sweet scallops are topped with a floss of crisp ginger and thin circles of chili, and then served with a pouring of a sauce that combines the sharpness of coconut vinegar with dots of cilantro oil—a stunning combination that takes extreme confidence in technique and ingredients to execute.

The same is true of a truffled Dungeness crab congee ($25), where the deep, savory flavor of the rice porridge would be enough on its own. Arguably, the crab disappeared enough to become little more than texture in an otherwise perfect preparation. The only real weakness I found during two visits was with a squid-ink tagliatelle in cuttlefish bolognese and gojuchang ($23), where another perfectly balanced sauce wasn’t enough to hide the fact that the pasta had been marginally overcooked. It’s a minor flaw, and one that proved to be an aberration with the arrival of the dishes already gaining national recognition.

The mapo-tofu–inspired lasagna with tofu cream and prickly ash ($25) is the dish getting most attention, and it deserves it all for the pleasing soft textures, the seasoning of the pork ragu and the considerable labor involved in its making. Shrimp toast ($25) offered plump sweet shrimp topping off crunchy fried bread that sat together in a bowl of silky yellow Cantonese curry. The curry reminded me, in a good way, of the Hong Kong take-out I used to crave as a child in England, and was such a success that we ended up using any spare scraps of food we had to wipe the bowl clean.

Szechuan peppercorns gave the golden breading of pork schnitzel with five spice, tomatoes, Persian cucumbers and gwaimei dressing ($34) a pleasing mouth-numbing note, while the Szechuan hot quail with Japanese milk bread and house-made pickles ($26) came littered with Szechuan chilies in an Asian take on Nashville hot chicken. So successful is that dish, you alternate smiles of pleasure and winces of pain with each bite as the perfectly prepared bird and the heat hit your mouth. Fantastic stuff.

A restaurant this new doesn’t get everything right; our biggest concern was the rapidity with which dishes hit the table—so speedy, in fact, that we spent less time in the restaurant than we did in our car on the drive from the Westside to the Arts District (a little over one hour, for those keeping score at home). Normally such rapid processing would be enough to make me avoid it completely, but the food at Nightshade is so bloody good that I would still go, even if they put the food in a trough and made me eat it outside, in the rain, while wearing only my grandmother’s underwear.

These admittedly gushing words might seem a bit much—particularly from a critic who’s only issued two five-star reviews so far. While I’m never afraid to coruscate the bad, I can also recognize when something is superb, and trust me, Nightshade is superb. It’s five-stars superb, and yes, even “Best New Restaurants of 2019” superb.

I look forward to seeing it appearing on many such lists in December.

The light and airy 60-capacity dining room doesn’t offer poor seating options, and given the raging success of the restaurant, you should probably just sit where they tell you and be grateful about it. That being said, if you’re offered a table at the kitchen counter, take it so you can see the chefs in action.

Recommending dishes at Nightshade is based more on your stomach capacity than on the quality of the cooking. With the exception of one or two small flaws, all of the dishes are pretty much aces. Don’t miss the Hokkaido scallops to begin, and while the mapo-tofu lasagna is deservedly the signature, the Szechuan hot quail gives it a very close run for its money. Max Boonthanakit’s desserts are a beautifully crafted way to end the meal, but if it were me, I’d just order another dish of scallops.

The wine and beer list at Nightshade is small but it has—among the more standard selections—some choices that complement the food nicely: A Domaine Zafeirakis Limniona rosé ($48) stood up surprisingly well against the spice of most dishes. The real joys are the non-alcoholic options, which include a range of teas and some of the best non-alcoholic cocktails I’ve ever sampled; I particularly liked the concoction made with carrot, tangerine, citrus, an ancho grenadine and a pineapple mousse ($10). 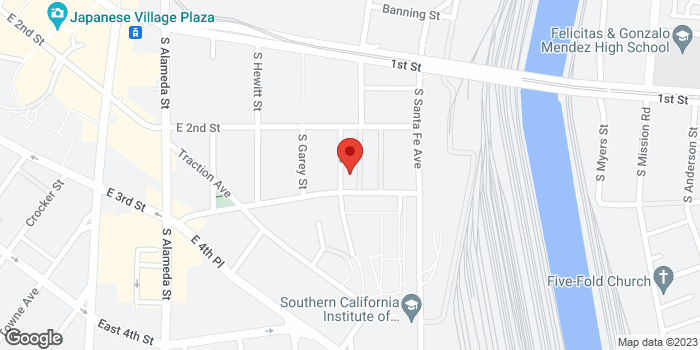